On Saturday I shot in the Roanoke Archers’ 3D tournament. They’re a member of the Down East Archery Coalition’s clubs that hold  3D competitions here in eastern North Carolina. Early in the day the weather promised to make things interesting and fulfilled that promise. The range is tough and the club does not shy away from using all the real estate on the course. 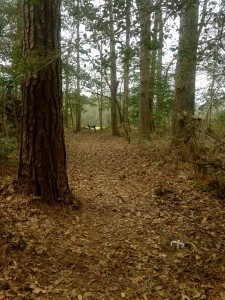 Aside from a challenging course, what I like is that the club is only an hour from my house. I try keeping driving  time for local competition less than 2 hours one way. Spending four hours on the road then adding three to four hours at a range makes for a long day. A one hour drive is very reasonable. Heck, from my house it’s 30 minutes to reach a major intersection.  By major intersection, a country road that interests a state highway.

Driving to the shoot it rained non-stop. The rain continued for a bit once we (River, my dog made the trip)  reached our destination, but stopped pretty much as the forecast had predicted. The rest of the day was beautiful.

The folks that had come early to shoot had rushed off the range to take cover from the rain and were headed back on course as I approached registration. Patrick and Leon, two guys I’d shot with in the past, were in the clubhouse as I signed in. Leon invited me to shoot with them. We had a trio.

On the range, the sounds of arrows zipping through the trees attested to the complex nature of the targets. The archers shooting in the Pro Class weren’t missing targets. But, all the pros I talked with had at least one 8.

This course hurt me the last time I shot it. Tis try was better by 14 points, but still 1.48 points per target below my average. Back at the clubhouse I heard that one fellow was 6 up and another 2 up and they were still shooting. 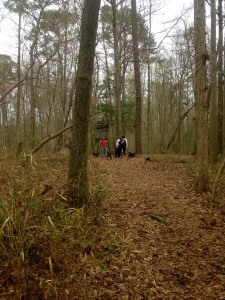 It’s nice to show -up solo for a shoot and find people to shoot with that aren’t strangers. Shooting with Leon and Patrick made for a fun afternoon even if I got more than a fair share of 8’s.

When I got  home there was still time to get in a bike ride. River, also glad to be home went for a swim while I rode. It’s hard to beat days like this that closed on a high note dinner of fresh baked biscuits and venison chili. 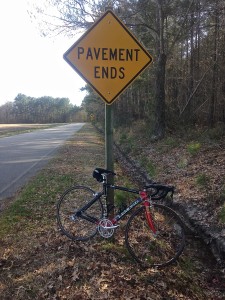