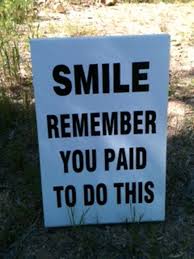 In my current issue of Runner’s World magazine they had an article that pictured lots of signs held by fans lining marathon courses. Marathons were never my favorite distance. I only ran them to train for Ironman races where we had to run a marathon after swimming 2.4 miles and cycling 112 miles. A single event like a marathon was essentially a fun way to train. 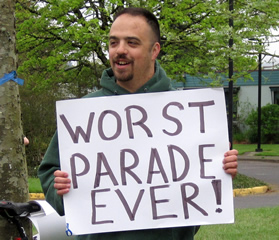 All marathons are different. The distance remains the same but each race is unique. The distance isn’t the only constant; there are always thousands, if not tens of thousands of fans watching the race. At the Tokyo marathon a few years ago (yes Japan) the course was literally packed with fans. The noise was incredible. Like all the other marathons I’ve run Japan had another constant of the race – fans with signs. 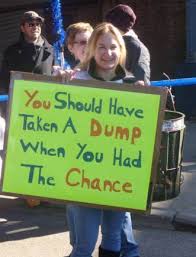 I couldn’t read the Japanese signs. For the most part I couldn’t understand what was being said around me. I had the same problem racing or training in Italy, Germany, Switzerland and Belgium. Usually, I’d find someone that spoke English and that person was a prize. But, in every race, no matter where, there were signs. 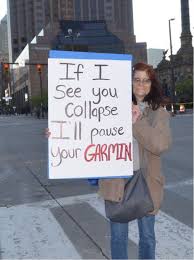 I love that about sports, that fans come out and watch us suffer while often providing a bit of humor is wonderful. That is except for archery. 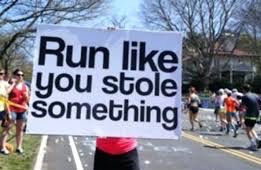 I did a search for signs by fans of archery. I found one. Apparently the Koreans are less inhibited than other fans and produced signs in support of their champion Park. (I can’t show it. The sign, while available in the public domain, came with a copyright warning.  Typical.) 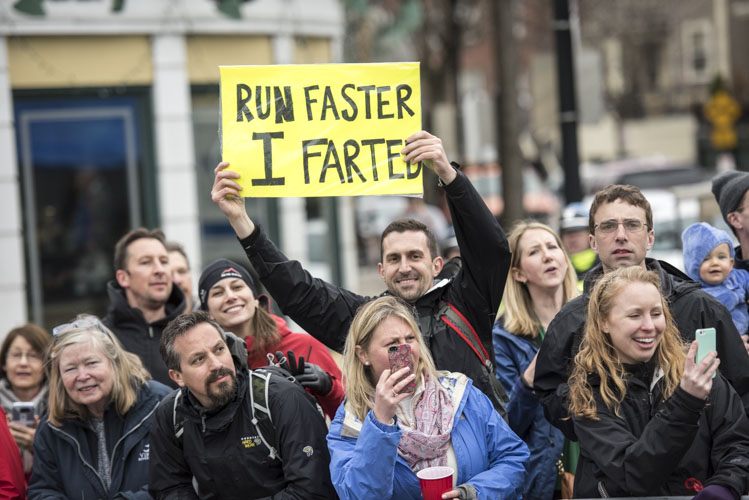 Signs for runners aren’t necessarily going to support a champion, at least in the sense of the race winner. They support runners in general or a runner in specific. My wife, Brenda, at the Ironman World Championship on Kona, Hawaii, drew me a sign on the road with chalk. I hadn’t known she’d done it but I saw it. It was a small thing in the grand scheme of a lifetime together but I haven’t forgotten the gesture. 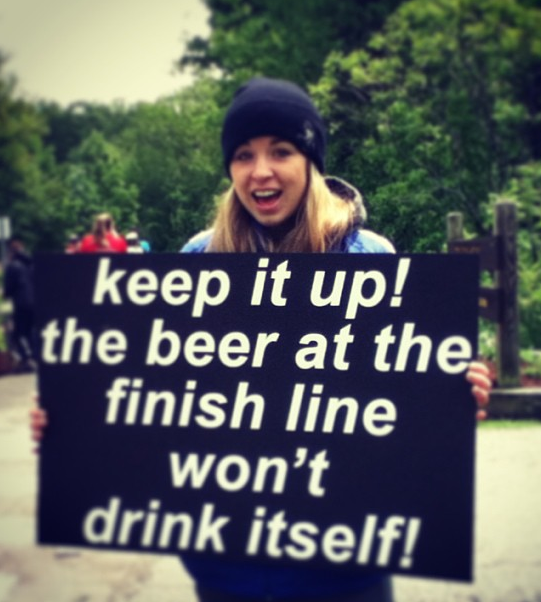 There may be a sign or two at major archery tournaments, but they have eluded my search. I think fans with signs supporting their favorite archer is a good thing and it is sad we don’t see them. I think it is great when fans of a sport make and hold up signs that are non-athlete specific and are meant to support everyone. 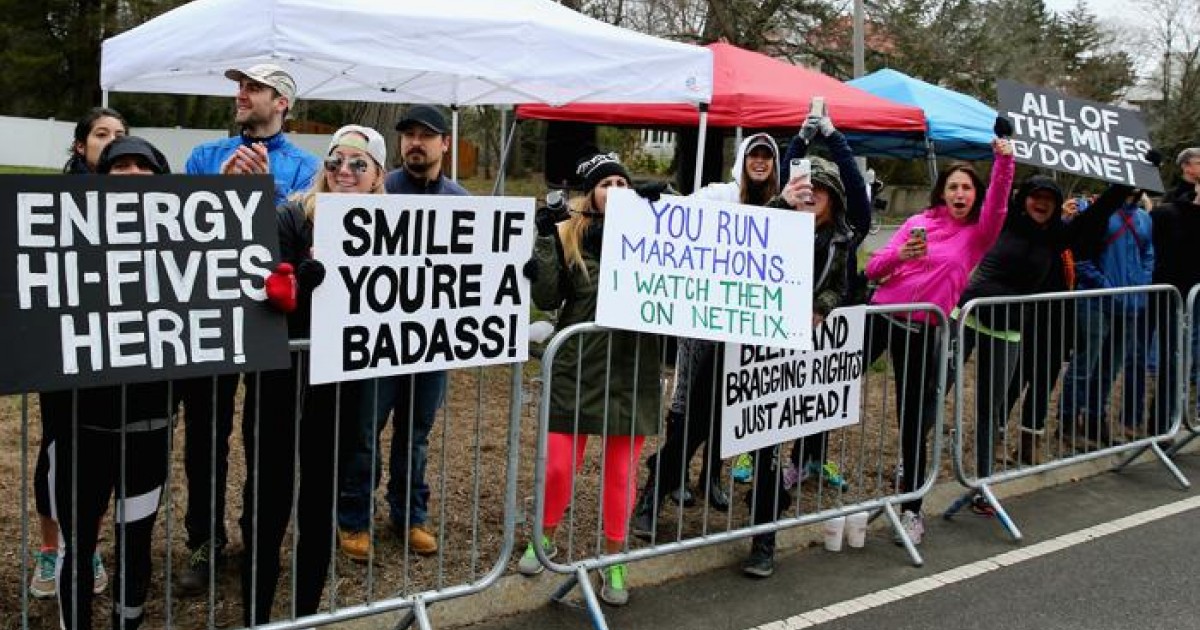 Some signs I read along a racecourse have stuck with me and I was thankful to have read them. Of course, archery judges or more stoic observers of the sport might not welcome some of the signs held up by rabid running or triathlon fans should similar signs migrate to archery. 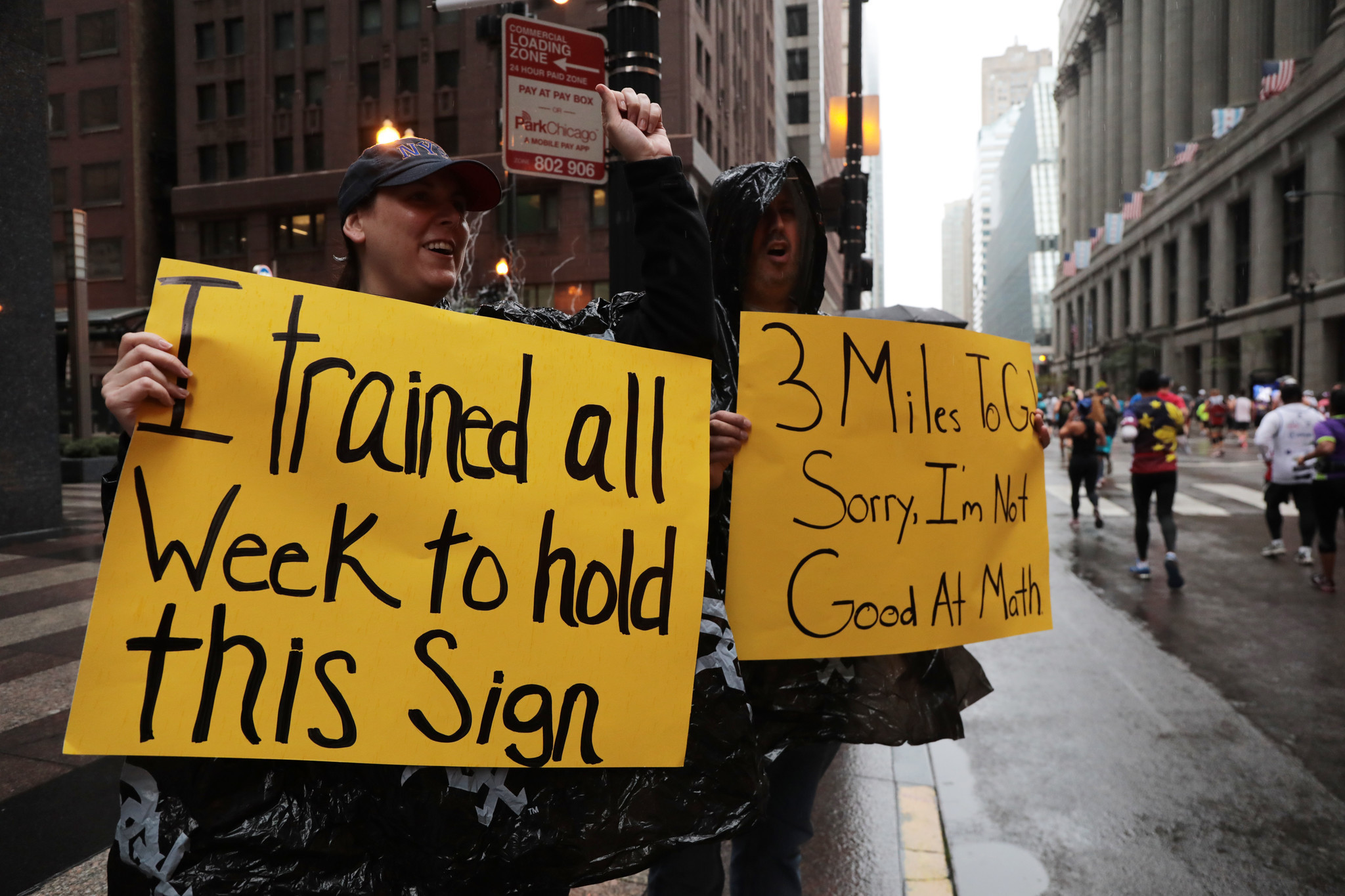 Still, I remain in favor of fans enjoying archery even if enthusiastic ones held signs over their heads that might be a distracting to serious minded, stone faced, fans, competitors and officials of the sport. For me, the signs have always been refreshing and welcomed.