Mornings here in the Little River are often spectacular. We’re all awake just before sun up not because we particularly enjoy it, rather because our dogs seem to think we enjoy it. For whatever reason we are usually out of bed before the sun has crested the horizon.

Friday fit that pattern and there was time to feed dogs and take a walk to the end of our dock to catch the sunrise. After that came the hooking up and hauling off of the Winnebago for the trip to Rocky Hock Campground not far from Plymouth NC.

Typically, for an archery tournament as close as Plymouth I wouldn’t take my camper. This weekend was different. Brenda, my wife, had planned a “Girls” weekend that included a ‘Pilgrimage’ to Edenton, NC. The Pilgrimage is a tour of old homes and plantations. Having experience being the only guy among this group of women it seemed a good bet to go camping.

Trying to find a campground nearby Plymouth was more difficult than I’d have thought. The search landed me at Rocky Hock Campground. My expectations were low based on the Google Earth views of the facility. However, once there I was pleasantly surprised.

Granted the camping area, aside from that for tents only, was a bit treeless. To counter the lack of trees the grounds were immaculate and the individual campsites spacious. Now, at the time I was there only 10 other campers were overnighting. Even had Rocky Hock been jammed full I would not have had another RV parked right on top of me.

The view at my site was nice being directly on a good-sized fishing pond. Within a short hike I was on a creek that led to the Chowan River. The grounds were extremely clean, only the rest rooms and showers, I checked and didn’t use them, were lacking. I was happy to have not needed them.

Aside from the public shower and toilet there was nothing in which to find complaint. It was also close to the Roanoke Archery Club in Plymouth where the 3D tournament was held on Saturday.

After I’d set up the Winnebago on my site at Rocky Hock I made a ‘test’ drive over the range at Roanoke Archery. The plan for Saturday’s competition was to meet up with friends Mike and Angelo by 0900 so that we might hit the course first.

Although I have been to Roanoke Archery several times, on Saturday I’d be driving in from an untested pathway. There had been road construction leading into Rocky Hock and if the way was blocked to Plymouth I wanted to know in advance.

The test drive turned out to have been a good move. Initially, the GPS landed me in the middle of a plowed field in the wrong direction. It wasn’t a nightmarish error and a U-turn led to the solution. In any event, I was glad to have made the discovery the day before the tournament.

On Saturday, with the way planned and practiced, I arrived on time, just after Angelo and minutes before Mike. Angelo was warming up on the marked practice range so I joined him. Mike arrived and skipped warm-up practice whereupon we three registered and headed onto the range.

Mike and Angelo are top archers. Angelo, a BowTech Pro-staffer, shoots open class where Mike shoots traditional. The three of us shoot from different stakes so our yardage is unique to the divisions. Despite the yardage differences we managed to smack each others arrows a bit too frequently for comfort.

For the second week in a row we were on course first and completed our trip in less than two hours. I didn’t earn a new high score for 2017 on the ASA style 3D range. But, I did slighter better than my average per arrow for the year, by 0.4 points. Even so, I was 0.25 points per arrow below my high water mark of 10.05 points per arrow. And still further away from my 2017 goal of consistently hitting an average of 10.6 points per arrow.

It was temping to have another go at the course for fun. But, River, my lab, had been waiting patiently for me to finish the first 20 arrows and it seemed unfair to have her wait any longer. There were Canada Geese to chase back at Rocky Hock and for a retriever such concerns are of the upmost importance. 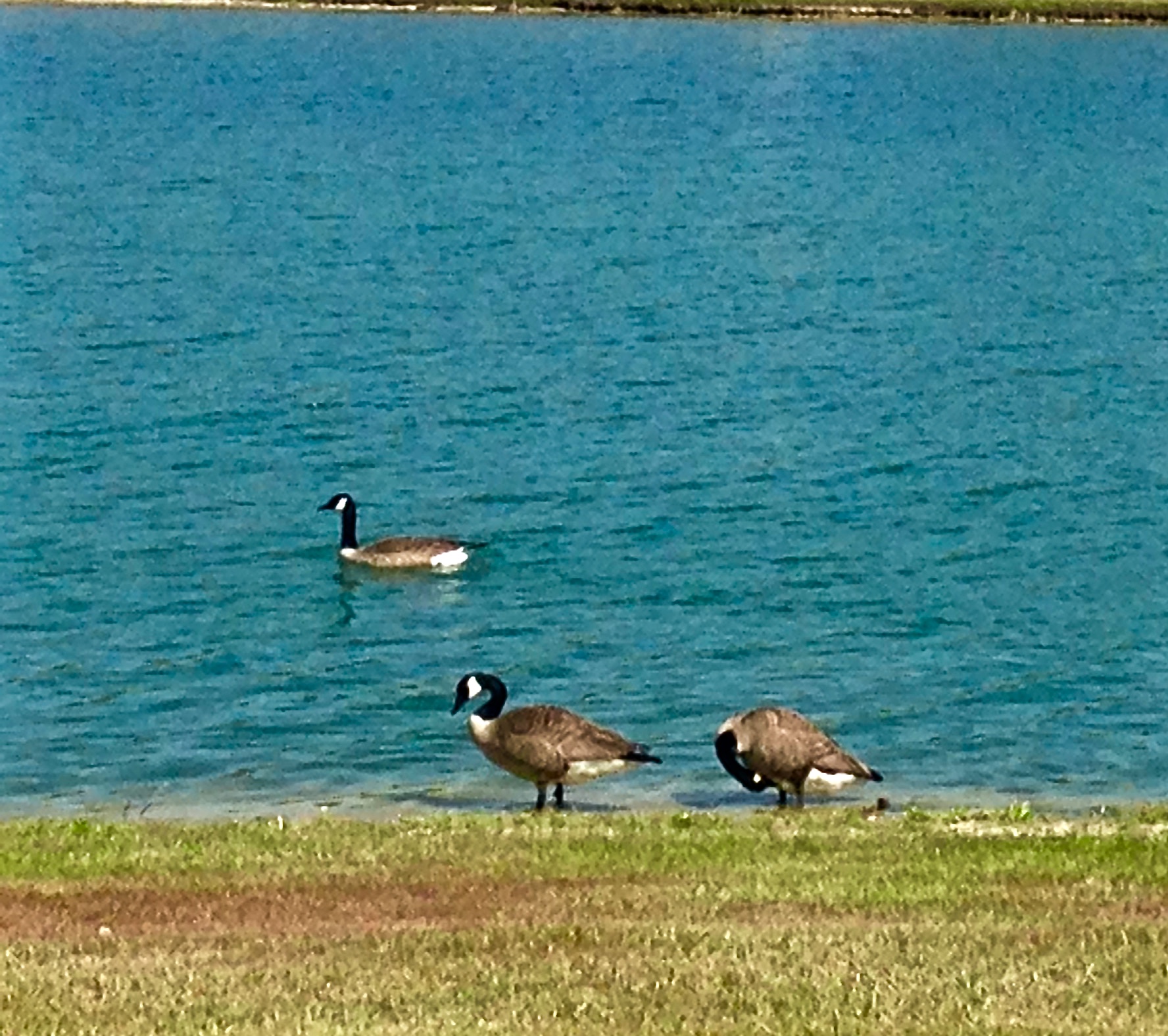