Don’t be afraid to win during a tournament. Sure that sounds dumb. If you’ve practiced enough to reach a point where you can shoot excellent scores what is there to stop you from winning? You.

It’s not really all that dumb. There are a lot of people who “choke.” We all get nervous before significant events. Those events can be athletic, academic or social. The more exposure to the situations that make you nervous the more comfortable you get in that situations.

Even so, some folks frequently think that they’re not as talented as some well know star in any field. To balance this thought there are many people who believe their ability is unmatched but don’t really have the skill to line up with that image of themselves.

As you practice record your progress. This way you have an objectives to measure of your shooting ability. If you shoot regularly 590 out of 600 possible points, you can expect to shoot around 590 out of 600 points during a tournament.

It does not matter whatsoever the level of scoring your opponent has been achieving. Your opponent is not shooting for you.

Don’t expect a miracle. If your average score is 590, that means on occasion you shoot more than 590. You might sometimes shoot a 600. It’s not a miracle. It comes from a lot of hard work and practice.

Then, during a tournament, you end up scoring 574! What happened?

Everyone has that momentary brain-fart where you end up hitting a wide nine or even an eight. Once done, that shot is over and there is nothing to change it. Don’t let any poor shot change you. Trust your training and let those tens start again on the very next shot. 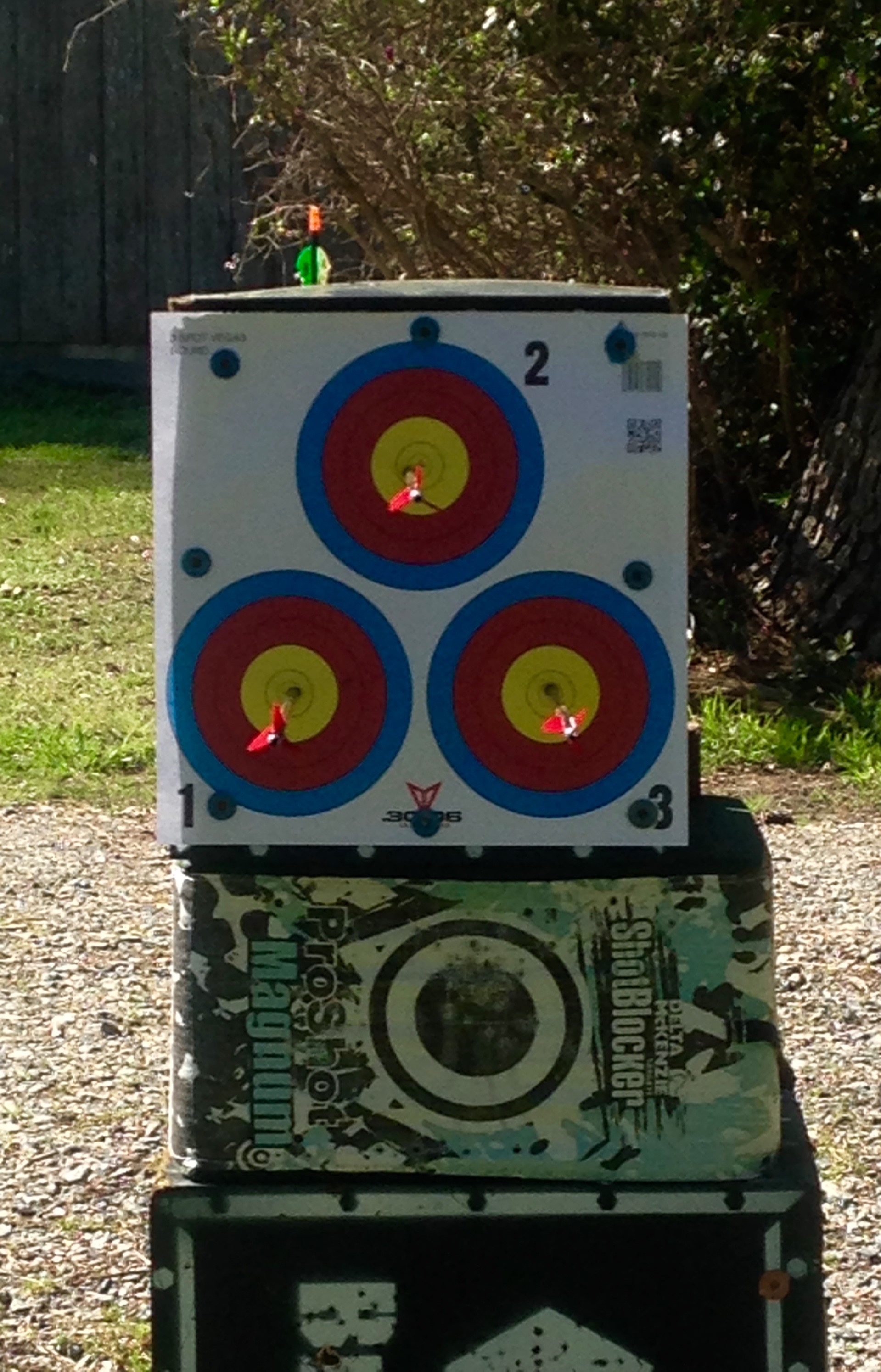 Don’t beat yourself. If you shoot in practice an average of 590+ then during a competition you should shoot just as well, maybe a few points better. For some people competition brings out their best and the stiffer the competition the better they perform.

Put your mind away from anything that isn’t positive and focus on one shot at a time. Never think that your opponents are better than you. If you are scoring an average in practice of 590 or higher it is unlikely that the competition is better than you. Sure there are a few archers that are consistently scoring 596 or better but once you reach an average of 590 count yourself among them. Actually, go to your events with a comfortable attitude and visualize yourself leaving with the first place award.

The number one element to winning is confidence. Don’t be afraid that others are better archers. If you are putting in the practice and averaging high scores there is no physical reason that will not be the case during a tournament. And with practice comes confidence.