Finally, the 3D range for member club, Soul Hunters, of the Down East Archery Coalitions gets their tournament. It’s not their first and they’ve held others. But, the last two had to be cancel due to the weather – the rain.

The postponing rain wasn’t light and had been bad enough to pretty much ensure somebody was going to get his or her truck or car stuck in the range’s parking area. Hey, what can you do – cancel, it’s the safest course.

The Soul Hunters, located in Elizabeth City, are the newest members of the Coalition, which includes clubs from: Kinston, Greenville, Ernul, Jacksonville, Plymouth, and Washington (all in North Carolina). 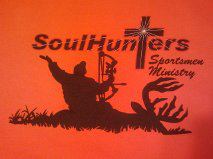 I felt bad for the Soul Hunters after their cancelations. I was pleased that I’d gotten back to Hertford, following my 22-day camping/archery road trip, to come out and support the local group.

On top of everything else, the club’s 3D range had recently moved to this new location with the potentially boggy parking lot. So, a bonus was getting to shoot at the new 3D course.

Their new range is tough. It’s also well manicured and it’s easy to walk around between targets. The course is thickly forested and dark making black animals an even harder target to properly hit. To complicate the shooting, at least from my stakes, the Soul Hunters proudly used all their real estate.

Long shots through narrow dark lanes can be a challenge.

It was good to see so many of the archers that had to make a longer drive to get to Elizabeth City competing. Some competitors drove nearly two hours away to shoot in EC. Others may have driven further, but I can’t say.

It’s a quick drive for me and I was on the range right at 10:00 AM. I was teamed up with Steve, from Winfall, North Carolina, and a friend of his, Bart, who was visiting from West Virginia.

Bart, a mountain man, was impressed with the flatness of the coast. The terrain change, from his hilly ranges, played a trick or two on him and he did end up over shooting one target. He wasn’t alone – a number of folks mentioned to me they’d over shot targets.

To be fair, flat courses are not necessarily easy especially when actually seeing the target is a challenge. Covered by thick foliage sitting along narrow lanes make some targets those shot with extra hope.

Despite the current heat wave, 115°F with the heat index for this tournament, there was a large crowd of archers at the event. Along the course where numerous water stations and people weren’t passing them without taking free hydration. The water was a nice supplement to the bottle of Tri-Fuel I carried. Overall, a very successful day on a wonderful new range.