The Downeast Archery Coalition’s 2015 3D schedule opened on February 7th with a tournament held by the Beaufort County Archery Club in Washington, NC. From my home in New Hope, near Hertford, North Carolina, the drive to the Washington competition was just under two hours. I made the scenic drive along the east coast of North Carolina to the tournament was pleased I did. 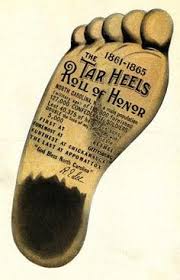 Despite being a magnet for hurricanes, the northeast corner of the Tar Heel State is a beautiful place to live. Along the drive to Washington from New Hope I’d crossed the Chowan River, viewed the Albemarle Sound, passed farmland, and went over the Pamilico River. The forested Beaufort County Archery Club’s 3D range was nearly as impressive.

When I arrived the first thing I did was to park in a restricted area. It looked like a good spot for my 2006 Ford f-150. Before I’d opened the door a marshal was shooing me away.

I get to compete on a lot of courses all over the US. This means I don’t know the local rules. What I do know is that there is always someone to offer instruction and for the most part politely corrects my faux pas. This parking blunder was not an exception. Finally making it to the correct parking area, about 30 yards away, I had two initial objectives: sign in and find and port-a-potty. (Not necessarily in that order). 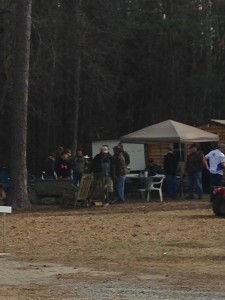 The registration area was becoming crowded as other archers arrived. Following payment I worked my way over to the warm-up range. Aside from warming up, I use this area to try finding a group of two or three shooters willing to accept another. My first attempt failed but the second try worked out. The archers I ended up with consisted of a local teacher of agriculture and two of his students.

The three weren’t very experienced with 3D and we spend a lot of time looking for arrows. One of them lost all of his arrows. When we existed the course the club president asked if I thought the course was too easy, just right, or too hard I said, “It seemed like a fair course.” When all the scores were released I reviewed them. That review suggested the course may have been tougher than I’d originally judged.

Overall, I wasn’t crushed and finished the day with a 3rd place and all of the arrows in my quiver with which I’d entered the maze of foam animal. I’ll look forward to tackling this challenging course again.