I’ve been an athlete basically my entire life. Reading this you might think, “Well, so have I.” If you think that, it’s probably true. If you are athletically inclined and you compete, you probably have encountered cheaters; I know I have.

Cheaters cheat over a broad spectrum of sports. For example, in endurance sports like cycling and triathlon performance enhancing drugs or blood doping isn’t uncommon. Mentioning performance enhancing drugs (PED), I’m not referring to the “little blue pill” so popular on television during the evening news and any sports show. (I’m glad my children are grown and I don’t have to try and explain those commercials)

When I write about PED’s I mean the products made famous by the likes of Lance Armstrong, Barry Bonds, and Marion Jones. When I raced I raced in cycling and triathlon we knew who was doping.

Someone once told me that the top pros in archery “cheat” by using beta-blockers. Beta-blockers are used to control abnormal heart conditions. They can slow the heartbeat and reduce tremors and anxiety.

In a recent video by Archery TV I noticed they had the heart rates of the shooters displayed. It was clear to me none of these archers were on beta-blockers. Related to reducing anxiety, I think beta-blockers should be allowed. Why?

Well, a great shooter might have amazing “stage-fright” and is at a loss to demonstrate his or her athletic skill because of a psychological problem. But, that’s not my call, and as I mentioned, I’ve not seen any evidence of beta-blocker misuse in archery.

That doesn’t mean I am not aware of archers around me that are taking beta-blockers. Decades of working with patients in the medical field have left me with a pretty good idea of who is likely to be on “prescribed” medications. Of course, I have no problem in that matter. My problem with cheaters in archery is less pharmaceutical and more the plain old fashion, low tech, fudging the numbers.

Fudging the numbers seems to occur in the local competitions. At the major tournaments it is probably impossible to boost a score by entering false data. In the minor meets, it happens. Here are a few examples:

You might think this is when two guys are shooting by themselves and each falsely recorded their scores – nope that’s another situation. This is were two guys that know each other have a routine (which may be informal or even undeclared) of adding points to their buddies shots.

In the two-man hustle the companions volunteer to call the score and pull the arrows. This hustle works best when the group contains only 3 competitors. Bonus is when the outside man, now the guy recording the scores, is shooting in a different class. The hustlers have a pattern. The deceitful duo approaches the target. Both somewhat block the view. The fellow calling the score on any close shot boosts the score to next highest level. As such, an 8 near the 10 line, becomes a 10. The fellow keeping the score is often head down trying to get scores right and misses the variance between score called and shot made.

Not everyone can pull this off. It is best done by someone that has a reputation of getting good shots and works best on paper targets. What happens is that over the course of a contest the center ring become obliterated. (Before one of the judges has a chance to notice and replace the target) A shot that is clearly off the line is challenged by the shooter, “That’s a 10!” He does so with force in his voice. What can happen? Someone in the group might call for the judge and the judge will rule it a nine. If the group is properly intimidated (or doesn’t really give a darn) the Big Man gets his 10 without a judge’s ruling.

This guy is too obvious. Now, he’s not exactly shooting alone. He’s in a small group and often has the biggest personality (at least in his mind). Frequently he’s a fast talker and in a group of one or two other shooters. He’ll say something like this, “Let’s just keep our own scores.” Others, perhaps feeling awkward at the request, and feeling a sense of pride that they can be responsible to keep an honest score, agree. Solo shooter is a pretty good shot, but rarely as good as his scores. When solo shooter can’t manage to retain possession of his own card, he’ll be proclaiming what a bad day he’s having. 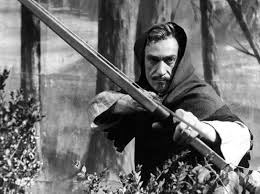 These guys might be a good shots and you will certainly not be a better shot based on your score. The “Score Keeper” manages all the cards (this doesn’t work where there are two score keepers). He’ll see that your occasional 10 becomes an 8. This works best if you happen to hit more than one 8. His scores may include a few extra points and so might his friends’ scores. It’s not so much that he has to win, rather you have to lose. 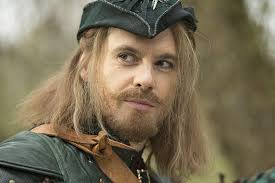 Range hounds are those folks that pre-shoot a course. Here I am not referring to the volunteers that help set-up targets. Those guys have a very slight advantage in that they’ve seen some of the targets beforehand. On a 30-target course, the volunteers might put up 3 – 5 targets each. They might even recall the distances. I’ve helped set-up a course. It did help a little, but not a lot. If volunteers have a very slight advantage – they deserve it. The Range Hound is different.

These guys are at their worst on long standing indoor or private ranges. They own the course – sometimes literally. They will have practiced on it so often have the distances memorized.

During one indoor contest I watched a few of these shooters. They’d shoot the first target, then without hesitation, adjust their sight’s elevation, then shoot the next and so forth. I suppose if the range is yours and you allow others to come shoot that is fine. But, if you’re going to charge a fee for a tournament, well, that person, the Range Hound,  really should remove himself or herself from the event or at least not compete against the paying shooters.

There are likely dozens of other methods to enhance a score that don’t require accurate shooting. What I’ve written about here are only those I come across a time or two. Should you be one practiced in the art of score enhancement, I’m not going to call you out. I shoot for the fun of it and don’t want the stress of pointing a finger. Truly, for those guys that select more nefarious scoring techniques, I don’t care too much for you.