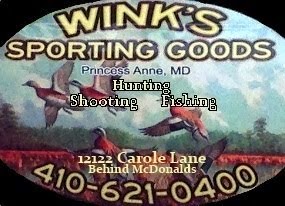 It would be my final chance to shoot a qualifier for 2016. There were qualifiers earlier in the year. Circumstances required those earlier events to be skipped in deference to this later qualifier. As it ended up, I was down to this 3D shoot to qualify.

I’ve got that Winnebago and considered taking it Maryland on Friday. I could camp the night before then shoot on Saturday. Working through that idea I decided to drop it. The revised plan was to get up at 4:00 AM on Saturday and make the drive to CJ Winks.

Live and learn. Should I head back north to the Eastern Shore of Maryland for a tournament, I’ll take the camper. There wasn’t any problem with traffic. The issue was fatigue. I arrived tired and sleepy. Some folks are early risers. I rise earlier than some, but not as early as others. Getting up before 5:30 AM sucks.

Before I got onto the range I drank a Red Bull. It kicked in after 10 or so targets. Good thing it did or I might’ve been hunting arrows. One thing for certain at the CJ Winks range, they aren’t ashamed to use their real estate.

The maximum distance I’d expected to aim from was 45 yards. My legs are fairly well calibrated – six paces equals five yards. Understandably, the 45 yards is +/- a few yards. By my calibrated pacing measurement of a few  shots approached 50 yards.

To be clear, I am perfectly fine with a 50-yard shot. In fact, I enjoy them and scored well on the longer shots. I hosed myself on a few between 35 and 38 yards. (Mental breakdown and gave away points)

The range is also tight and dark. This added to the challenging experience. Twice my arrows just nicked something as it coursed towards a target. The two shots ended up 10’s so they ended well.

Overall, it was a challenging and enjoyable 3D range. I liked the long shots. I ended up averaging 0.6 points lower per target for the year. It was apparent I’ve not been shooting 3D in over six weeks. But, I shot fair even if a tad below my average and got done what I needed to make to the IBO World’s in Seven Springs.