Camouflage clothing is a fashion rage. Camo has broken out of the military origins, moved beyond hunters, and has ended up on modeling runways around the world. But, don’t show up at a USA Archery tournament wearing camo. Regarding all the camo hype and fashion, I think it’s a bit much – 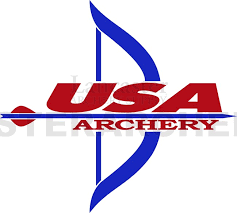 Camouflage apparel has a real purpose, which is to help the person wearing it stay hidden. Walking through a mall (honestly, can’t recall when I last did) if you see someone wearing camo clothing, they are wearing it wrong. Notice how they stand out?

By wearing camo clothing, when camo clothing isn’t necessary, perhaps some people think they are making a statement. Maybe they are huge fans of the cast of Duck Dynasty. If so, think about this, the folks at Duck Dynasty have a brand, an image, and their camo costume is part of their package. Basically, if you walk around in camo apparel having been motivated by the show, you are playing Duck Dynasty ‘dress-up’, in my humble opinion. Let me be clear on Duck Dynasty my hat is off to cast and writers. What they’ve done is pure marketing genius. I’ve only ever seen a few of their shows from the early seasons on DVD. The episodes I watched weren’t enough to make me want to dress up like a character on the show. 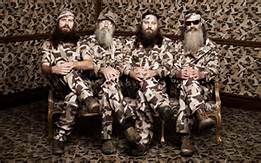 In the mail I received a catalog from, ‘Legendary Whitetails.’ It is filled with expensive camo attire. On page 46 of the 2015 The Hunt edition, the company advertises camo underwear for men. On page 69 (curious ad placement) they offer lady’s camo lingerie. Clearly, seduction and visual presentation is as limitless as the imagination. I wonder if the amorous couple that sports camo under garments in the bedroom has camo sheets on their bed? If so, do they ever have difficulty seeing one another? (That might be a good thing) 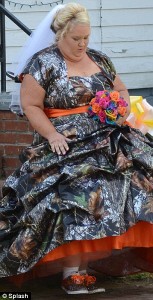 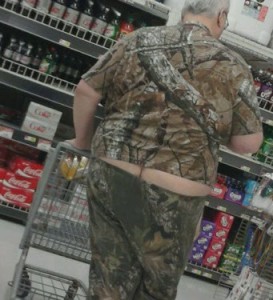 I own two pair of camo pants, one camo pull over shirt (All from Wal-Mart) and one lightweight camo jacket (Purchased at a year end clearance 4 years ago from a shop which escapes my recollection). I have worn them hunting, but am just a likely to head into the woods wearing jeans and a flannel shirt. So, when I step up to the line at tournament where camo apparel isn’t allowed, it is not a big deal.

Should you want to be a rebel and compete at a camo-barred tournament dressed in rule breaking apparel – buy camo underwear or wear a pair you already own.