PGF Outdoors in Elizabeth City has a league competition underway. There are a number of really good archers shooting. Several have attended USA Archery Indoor Nationals and many are upper level 3D shooters. One travels the country competing – and she’s the youngest among the top archers. 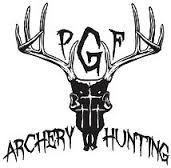 I’ve been shooting in those league events. There will be eight contests before the conclusion and were at number four in the series. The target is a Vegas 3-spot, 30 arrows and they are scoring the outer 10 ring as a 10 and in inner as a 10X. With that larger 10 ring I would hope to have been shooting 300 every time.

I shot my best score the first night. That time I used a thumb release. All other times I have used a hinge release. My average has been 287 with last night’s low of 285 and the thumb release night earning a score of 289. It has been somewhat frustrating. I feel I should be shooting no less than 296 with by now at least one 300. But, it just isn’t happening.

It’s not like my arrows are all over the place. The groups are tight even though last night I hit one 8.

A recent article in Live Science investigators pointed out something all elite swimmers already know – they go faster with their fingers slightly apart. The increase in speed is very little, however, when hundredths or thousandths of a second separates these athletes every little marginal gain counts. I’ve written about marginal gains and where they might be found in archery.

By marginal gains I mean those small measures of improving an element of performance that when added together mount up to important differences. I’ve also mentioned that I am looking for a 4% gain in the past in order to reach an elite competitive status. That 4% had been 6%, then 5%, and 4%. I don’t attribute much of the 2% gain to practice. The gain came too fast for athletic improvement. I feel that small amount came from a change in stabilizers and addition weight.

Equipment can account for margin gains. The stabilizer improvements attest to the value of equipment to some degree. It still takes practice to get the most out of equipment and I practice a lot. 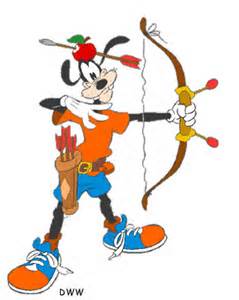 In an experiment to learn whether the thumb release is an approach to gain a percentage I shot all morning going back and forth with a thumb versus hinge. Absolutely no difference over 120 arrows. Exact number of 10s and 9s every time. At the end of all scoring exactly 4% off the mark. But, I am fairly sure there are no more gains to be found from the release products I own.