Depending on how you evaluate archery as an Olympic sport it is considered the 8th hardest and the easiest. (1,2) I think I understand the range; archery is easy compared to some endurance sports but hard when it comes to being able to perform it well.

Archery is a precise sport.  If you are off millimeter boxing as you throw a punch it isn’t going to matter as much.  That punch is likely to land where intended or become blocked or missed because the opponent was able to dodge the punch.  In archery, it you are off aiming a millimeter at 70 meters away that arrow isn’t landing dead center.

On the other hand, archers need to be able to stand extremely still, remain calm during an Olympic competition, and work a process.  Despite it being easy and hard (1,2) for male athletes odds for making an Olympic Team as an archer are 1:162. (3) Making an Olympic basketball team has much tougher odds, 1:45,487. (3)

When we think of Olympians our minds see young athletes.  That isn’t 100% the case.  Some Olympic archers have been silver haired wonders. Galen Spenser, age 64, won Gold medal and Lida “Eliza” Pollock, age 63, two bronze medals in archery as Olympians. (4) Sure, that was last century, but their victories are relative to the sport.  More recently, Butch Johnson has been a not so young Olympic archer who last was on the US Team (his 5th time) at age 53. (5) As a matter of statistic analysis archery is the number one sport where a less young person can make an Olympic Team. (6)

Curious about these numbers I decided to take a look at my odds for making the 2024 Olympic Team in archery. Using a British sport prediction program I entered my personal data. (7) The data input was more specific to anatomy and physiology that many of the other sites I’d reviewed before seeing how I would fare. 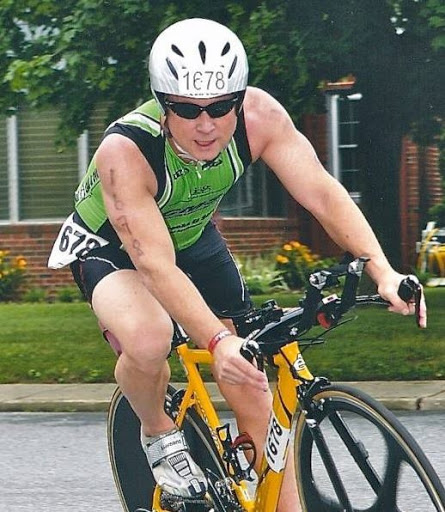 Two of the best countries that seek Olympians based on finding the right fit for an individual and sport are the British and the Australians. Once I completed the UK data input I received an output that put me into which sport best matches my phenotype and mental ability. Number one is archer and number two is cycling.

I’ve done the cycling so I looked further into the Brit evaluation.  It suggested my best chances of making an Olympic Team in cycling were as a sprinter or mountain biking.  Thus is relevant since my 1980 aim was to make the Team as a sprinter.

I never did a lot of mountain biking but when I did race mountain bikes I won with one exception.  In fact, I entered one mountain bike race in the pro division and won it.  The one race I lost was in western Pennsylvania on a course that was foolishly technical.  I was 48 racing against 20 year olds who all seemed to have no fear or figured they would heal fast.  I was careful, finished without bleeding, and came in 3rd.

The archery ranking does seem to fit my phenotype.  So, I’ll apply the sport physiology and use scientific training methods and see where this leads. Doing some statistical analysis, at the moment, my odds to make the Olympic Team (today) would be 1:241. * Those odds are not as good as 1:162 but the numbers are specific to me where 1:162 is generalized. Even so, 1:241 odds aren’t bad.