Archery competitions are generally quiet.  Today was a Saturday morning league event.  Yesterday’s practice had me hopeful for a high score.  By high, I was aiming for all tens. (Aren’t we all)

Still, the day wasn’t going badly.  Not great, but things seemed to be headed for a decent score.  With two ends to go, I felt six tens coming my way.

On the first shot of the next to last end I was feeling it.  Then, someone yelled, “Whoa” or something to that effect.  Loud and in my ear I loosed the arrow in synchrony with the holler, totally not aimed, trying to pull away from the target. 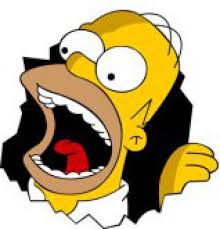 I had no idea why the yell had occurred. I still don’t.  All I know is that from an apologetic shouter, “Oh, that wasn’t intended for you.”  It didn’t matter, sound travels, not unlike a wild arrow.

That one shot cost 10 points. There was no reason to piss and moan about it – although I was a bit surprised by the shout. It seemed two guys were clowning around with each other.  I stayed, shot the final end, took my score card, wadded it up and tossed it away.

There’s a reason for quiet when putting in golf.  Then, in golf people are shooting golf balls. There’s a more important reason not to yell on the line in archery. The people there have bows in their hands are shooting arrows.