Savannah, Georgia in July is hot.  It’s hot in Savannah every July.  I grew up in Savannah and every summer it was hot.  This July continues to meet expectations of heat.  Regardless of the heat archers showed up to compete at the GBAA State Field Championship. 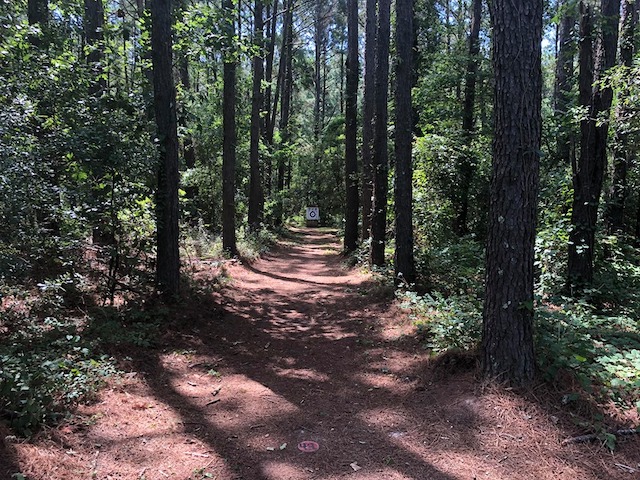 Most everyone if not everyone shooting was from the South.  There was little complaining about the heat.  If you’d grown up with Southern summer heat despite the 100% relative humidity and 97°F temperature you might have thought this is a pretty nice day. There was an occasional breeze, archers were mostly under the shade of tall pine trees and it didn’t rain.  Overall, a really nice day for archery. 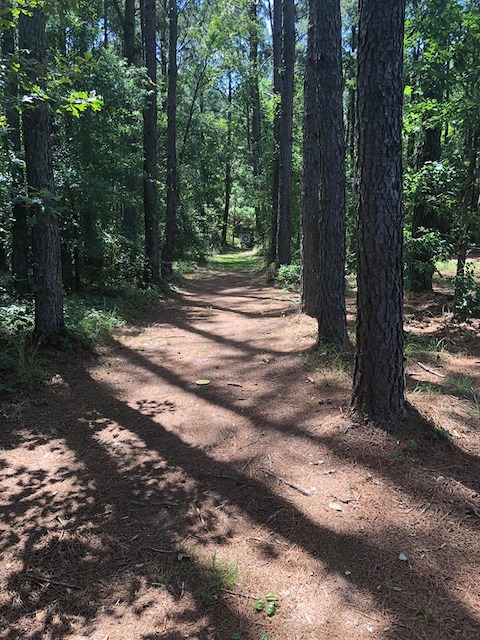 Before coming to the tournament I’d looked over the past years’ results at the GBAA website.  My friend, Jerry had set the record for our age group in 2017.  I expected Jerry to show up and he did.  So did Bob.

I consider Jerry and Bob friends.  I look forward to seeing them at tournaments. We live too far apart to get together aside from archery unless someone is willing to make a 4-hour drive.  But, they are welcome faces whenever I see them.  I also know I’ve got to shoot against them.

At the recent Georgia Cup Jerry and I went head to head for the first place finish.  Then, there’s Bob.  Bob beats me and sometimes I beat Bob.  It comes down to mistakes.  That is, which one of us is going to make the most mistakes generally loses.  Bob and Jerry are not all that generous at giving away points.

During the first day that started at 0900 and ended at 1730 I was lucky and assigned to a group with Bob, Jerry and Tony.  Tony had driven to Savannah from Winston-Salem, North Carolina.  When Tony mentioned Winston-Salem my thoughts went to Wake-Forest, my grandfather that once lived there and our former home near the Outer Banks.  I do miss our place on the water but don’t miss the hurricanes.

Day one moved amazingly slowly.  You know if you shoot field or 3D there’s often that group that bogs down the pace. Yes we had such a group and long backups.  All I can add and remain polite is at least it didn’t rain.  There was thunder in the distance on day one and afternoon storms are not uncommon on the coast but we were spared that misery only needing to suffer through body aging blood pressure lifting waiting. Before long each new stake began to feel like the first shots of the day. 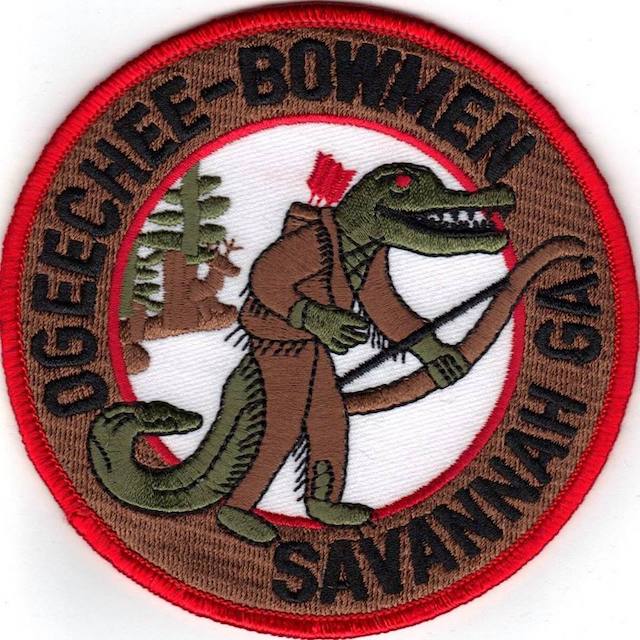 Jerry thankfully was with Bob and I.  Jerry is an expert on all things archery and can explain, at least to me, what to do without making me feel stupid.  Of course, I’d read the rules of field archery before hand and had purchased some field archery targets for practice.  Still, there’s a lot of moving around and shooting at different targets from the same stakes or walking up (getting closer) to targets.  There are further different colored stakes and a variety of distances depending on the shooting trial for each third of the competition. Reading the rules and putting them into practice are different.

One observation about the sunbaked archers is that there was a lot of grey hair on their heads – those that had hair.  I counted to learn 42% of the archers were over 50 years old while only 6% were included in the Cub and Youth divisions. Now, back to Bob and Jerry.

At the onset of shooting Jerry was the record holder in this field archery competition.  I had no idea how Bob was going to shoot aside from it would be good.  Beyond that, I didn’t know really know what to expect. The plan was to simply shoot my shots. That is all anyone can do.

Jerry had traveled further to get to the shoot and Bob mentioned he’d not been sleeping well. On the other hand I was rested and felt good.  I felt I had a little edge on both of them.

On the field round let me say Bob was very stubborn and possessive with his points. He kept more of his than I did of mine.  In return, during the animal and the hunter portions of the event I kept more of my point than Bob did of his.  So, (Paul, if you are reading this please share this with Bob) I beat Bob 2 out of 3.

Sadly, that isn’t the way Field archery is scored.  I will say Bob, at least on one target where his brain was elsewhere, did open a door for me.  He quickly closed that door.  His recovery was something that would have been television worthy and crushing to those of us that despite doing very little wrong couldn’t keep up.

When the day was over Jerry, who’d kept us in line, had broken his former State record.  I’d broken Jerry’s former record and his new record.  But, then there’s Bob.  Bob took the grand prize and set a new State Record.  Jerry’s old record was bettered three times in one day. (Paul, I know you read these – please let Bob know he only won by 0.2% if you do the math.)

Certainly, I wanted to win. But, when I don’t it isn’t so bad that Bob or Jerry wins.  The GBAA State Field Champion was Bob’s win. I know next time we meet up we’ll enjoy competing against each other and we do make each other perform better.  (Deep down – I’d rather have won – dang it, Bob)