Shooting, like other sports, requires practice. Practice isn’t simply heading to a range and firing away at the target. For each session there should be specific goals, physical as well as mental. Then, there are those days where mental breakdown leads to really dumb shots. When that happens, it is best done during practice not in a tournament.

Last summer, in a 3D tournament, I had a momentary lapse in brain. Seriously, my brain seemed to have been totally elsewhere. I’d approached a target. It was a shot I felt, I knew I had the 12 (it was an ASA tournament), and my confidence was overwhelming. I went through my form, alignment, drew, aimed, and then dry fired by bow. I’d never in my life dry fired my bow. I didn’t even know what had happened until my brain returned.

Yesterday, I had a very specific mental exercise I’d planned for practice. I was excited to give this technique, as explained by sports psychologist Gary Mack, a try. I’d gathered my bow, the target was set, quiver and arrows on my hip, binoculars hanging over my neck, baseball cap on, and my Rudy Project shooting glasses donned. I looked the part and felt the part.

Setting up for the shot, I worked through establishing my form, added the mental bit from Mack’s lecture, found the X and fired. The arrow went high. Not a little high – HIGH. It sailed over the target. Obviously, something was wrong. I repeated the process with another arrow. Exactly as before the arrow went high. Again, not a little high but over the entire target. It was like deja-vu all over again. Then, my brain caught up with my body. 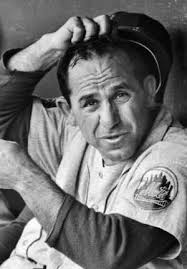 The day before, I’d been shooting longer distances. My last round was at 50 yards. The two high shots were from 20 yards. My brain decided let me know I’d not adjusted the sight for 20 yards and had been aiming for a 50-yard distance.