That little tiny rubber band that autoloads my Scott hinge style release snapped. In fact, it snapped on all four of my releases. See, I have two Pro Advantage and two Black Hole 3 releases.

Of the Scott releases I use I haven’t decided which I liked better. Sometines I like the Pro Advanatge better, other times I perfer the Black Hole 3. Eventually, I ended up with two of each, buying one extra in the event a release malfunctioned during a competition. Those little rubber bands aren’t necessary. They are nice. All four have been rubber bands busted for a few weeks of one another.

Having extra releases is a good thing. It adds a layer of sercuity to any event.  Actually, for 3D I often shoot with a thumb release. I shoot about the same no matter which release I use. Even with the thumb style release I ‘had’ two.

In the only event where a mishap occurred and I needed my back-up release was when I lost one during a competition. It was my thumb release lost somewhere in Seven Springs, PA. It is the only time I didn’t have a back up release with me.

As I mentioned, the rubber bands aren’t mandatory to shoot. The hinge can be reset without the rubber band. However, it is much easier with the auto-loading rubbery spring action. Without that rubber band, for me it is frustrating trying to get the reload to properly set.

I threw in the towel and called Scott for help. They explained how the rubber band is affixed to the release, I knew that, and then added they had a special tool to mange the replacement procedure. They made suggestions of what might work in place of their special tool. Their suggestions were among my repertoire of replacement failures. So, I did what anyone would do in such a predicament – I made my own special tool.

Taking a staple I bent it to form a hook. It’s a very small hook and there’s no way for big fingers to manage the required delicate manuveurs. Once the little hook was ready, I gripped it wth a pair of homestats. Now, I had a tool. 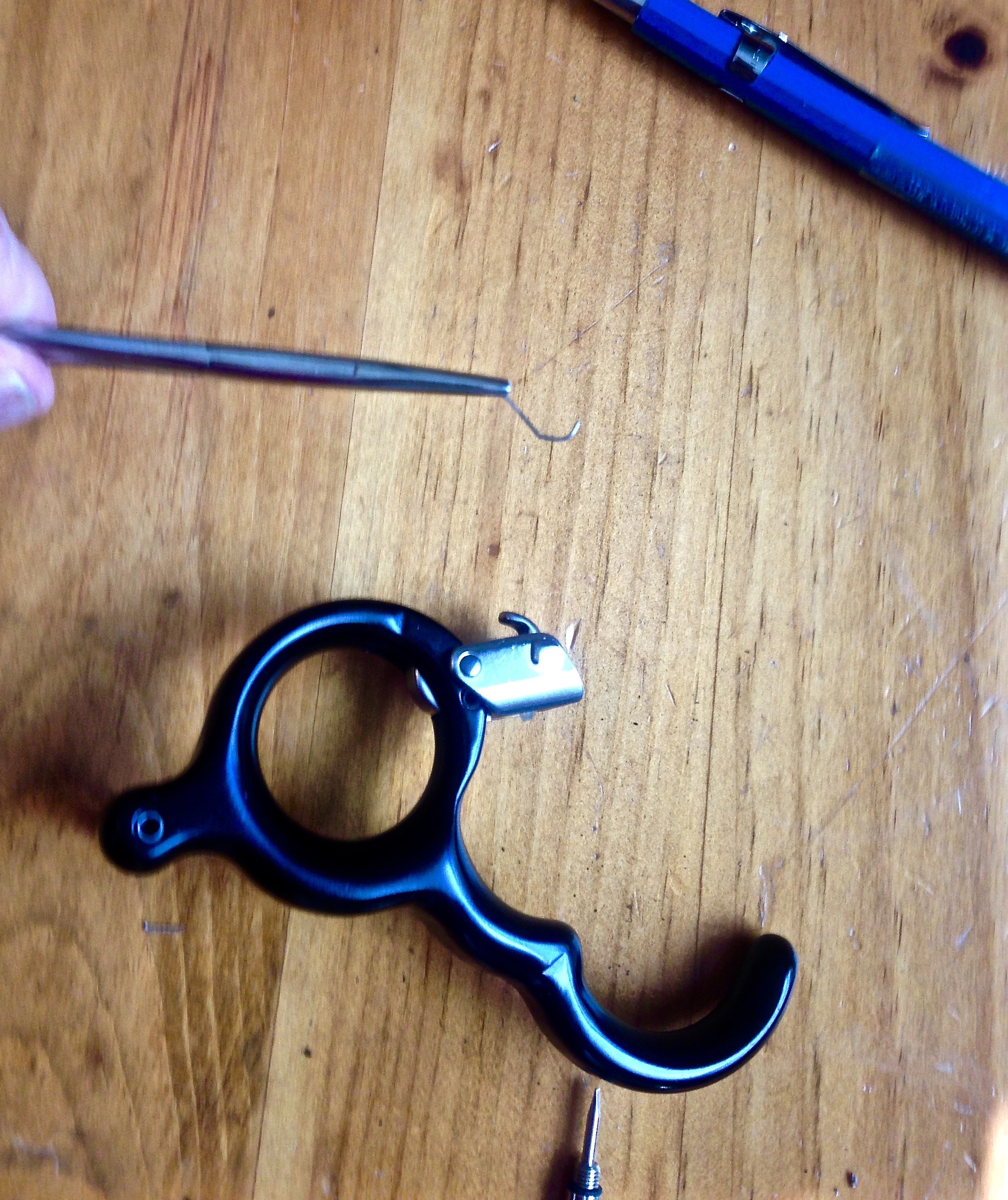 The staple was small enough to fit, grab, twist and pull.  With my home rigged tool the replace procedure too about 30 seconds.