Over the past month I’ve focused on shooting dots. Primarily because I had an indoor tournament in Georgia and another two in January, one in North Carolina the other in Pennsylvania. Which reminds me, I need to make hotel reservations for Lancaster. What I’ve missed is shooting 3D.

During the past several weeks I have shot live animals, but no fake ones. In both cases precision is critical – more so with live animals. In either situation practice is imperative.

Today for my second practice, rather that shooting more dots (I am starting to see them in my sleep) I headed onto the 3D range. I’d gone out earlier to put out a trail camera. The brief time in the woods was all it took for me to grab my bow and head back out.

One of my concerns is getting “cold” at judging distance. Sitting in a blind or tree stand I always prepare by using a range finder and learning distance where I anticipate a deer (for example) to pass. In all my hunting shots, where a deer appeared I knew the range before I aimed. 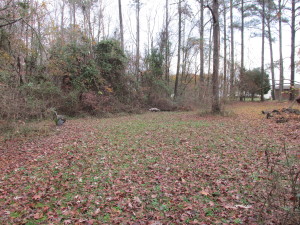 On the 3D course, I work to make each shot a different distance from the last time I worked a specific target. Because I was “cold”, having not judged distance in a month I carried a range finder. I estimated the range, and then verified it before I shot. Often I’ll verify after the shot, today I was being cautious.

When I practice I bring paper to make notes about my shooting. I record my distance, the range finder’s distance, the type of target and the score. When I get back from shooting I record these notes on a spreadsheet then evaluate that practice against prior training. I was happy to see that the difference between my range and the electronic range was only 0.6 yards. (Clearly, home field advantage)

I did manage to shoot a few 8’s but the distance was good. Those 8’s were pulled to the left, my error – I knew it as soon as the arrow released. In each case it was poor follow through, a bad habit I am working to correct.