It is bow season! We’ve seen there are a lot of deer in these woods! Every trail camera shows deer wandering about day and night. Heck, simply driving into and out of the woods to collect SIM cards the deer practically slow the ATVs due to their heavy foot traffic. Deer are so plentiful it seems to require the need of only an arrow with which to reach out and stab the creatures. 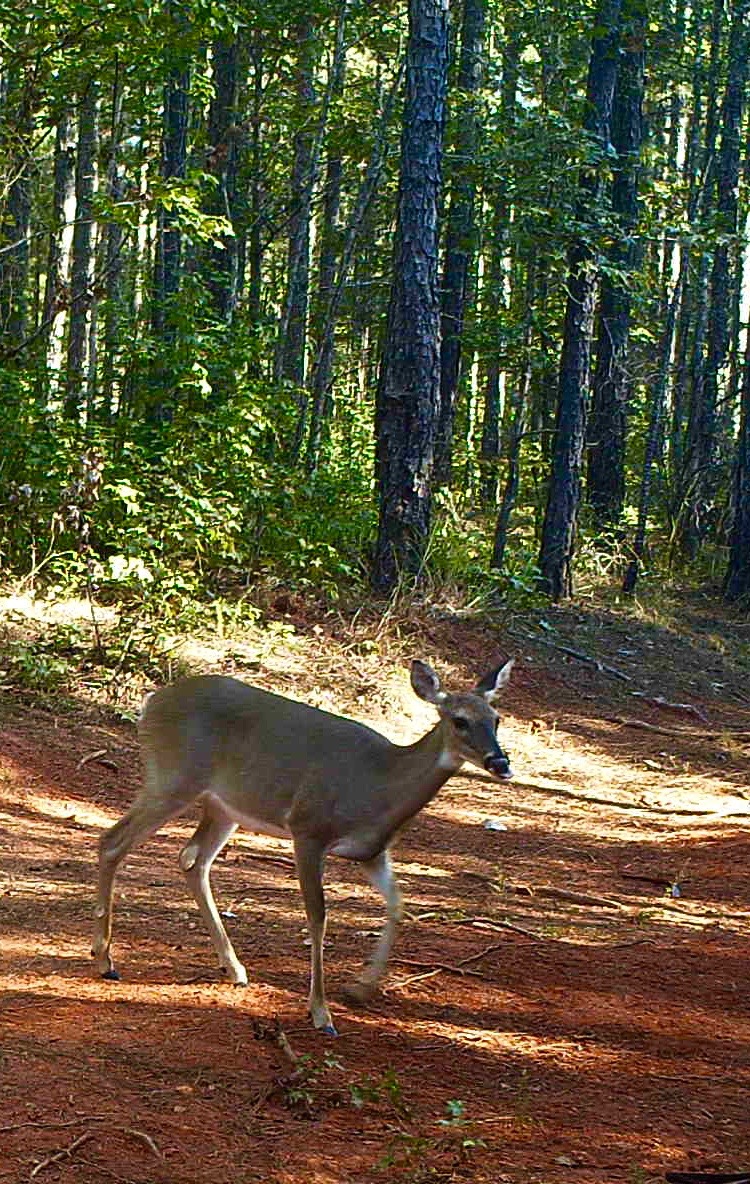 The well-placed trail cameras photographed an abundance of doe and bucks with wide thick racks ranging from six to eight points. Deer are everywhere!

Any day in the woods is a good day. A few days before Ray, my father-in-law, and I took our bows and headed out to well scouted areas John, a friend and paramedic (always good to have one of those on a hunt), had taken a large doe with his crossbow. John shot the doe within an hour of entering his pop-up blind. This was going to be pick and choose hunting.

As I approached my tree stand I marveled over all the sign of deer. My stand was positioned against a pine tree facing a main wildlife thoroughfare. About a quarter of a mile from my tree stand while walking in several deer stood 30 yards away watching me. Oh man, this was going to be a great day on the woods.

Once on my stand I made certain I was secure. Then, I arranged my equipment, my Elite 35 Energy with a Toxic broad head tipped arrow readied, my range finder tied to the stand, binoculars out and at hand. From my backpack that was lashed to the tree I took my water bottle had had a drink. Next, I began scanning the woods for deer. While watching I used the range finder to mark distances where a shot might present itself. 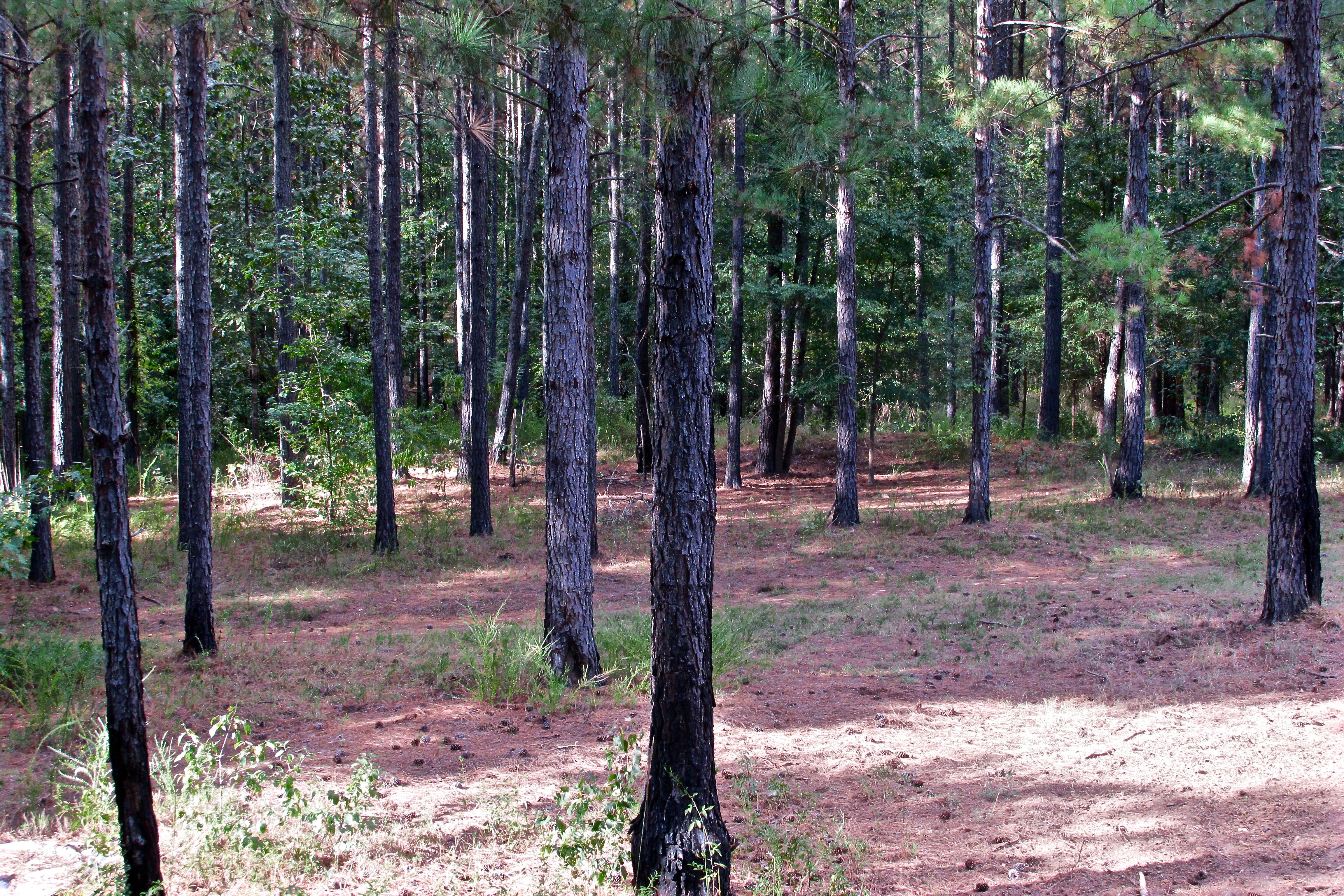 Within minutes, off to my left – noise. Big noise, lots of racket. Cautiously turning I began a detailed survey of the terrain. Nope, no deer only a pair of squirrels that appeared happily gamboling around on terra firma. 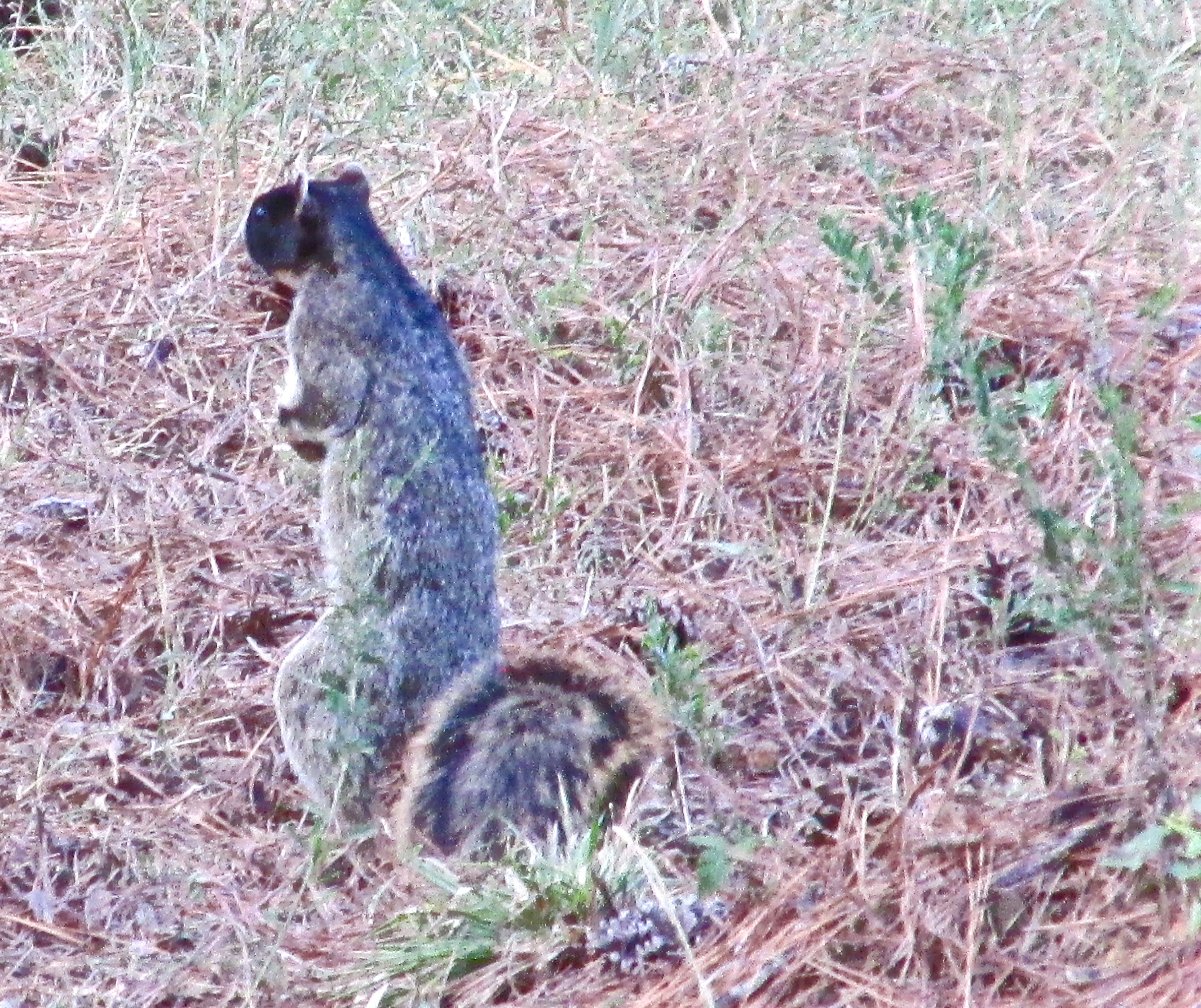 These squirrels hung around near me for a solid thirty minutes. I eased back and began scanning, eyeballing, and listening for anything that might alert me to all the deer waiting in the shadows and brush.

The squirrels eventually moved off into the thicket. All was quiet for the next half an hour. Then out of the corner of my eye – movement. It was that silent movement. Stealthy cautious foraging off to the left. Moving like a Ninja I twisted in my tree stand. Yes, there it was again, more movement.

As I watched they crept closer and closer. Before long, there they were, twenty-six yards away directly in from of me – a raft of turkey.

The turkey is a wary bird. Yet, these were so very close and in no hurry to move away. Shortly after their arrival the squirrels returned and began their quest for food aside their feathery friends. That mob of critters remained below me for an extended food rummage. 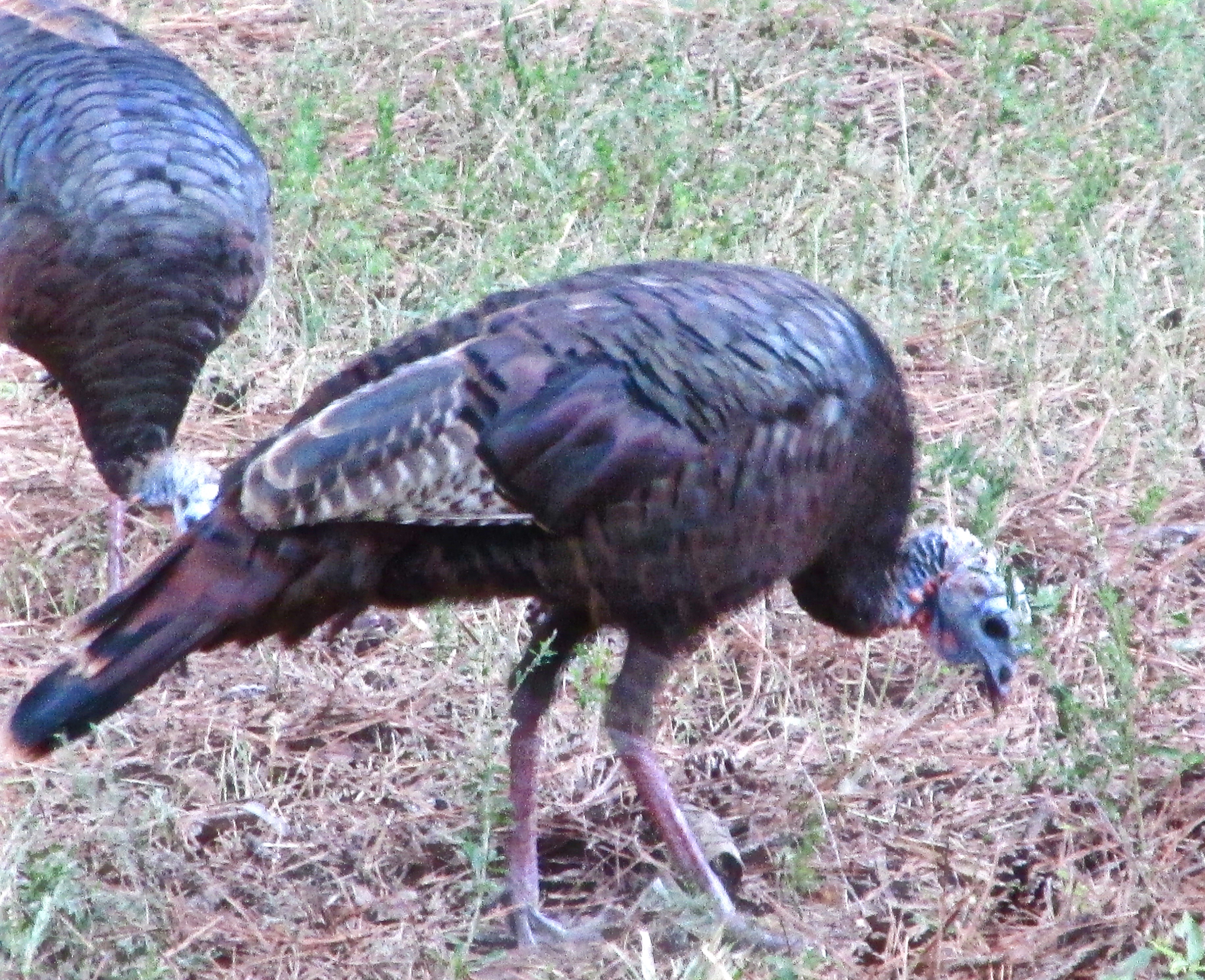 As the light began to dim the cluster of animals, feathered and furred, slowly headed into more dense woods or up into trees. My thoughts, perhaps they are making room for larger mammals on my horizon. And there I remained with my thoughts until it was simply to late to sit in that tree any longer. 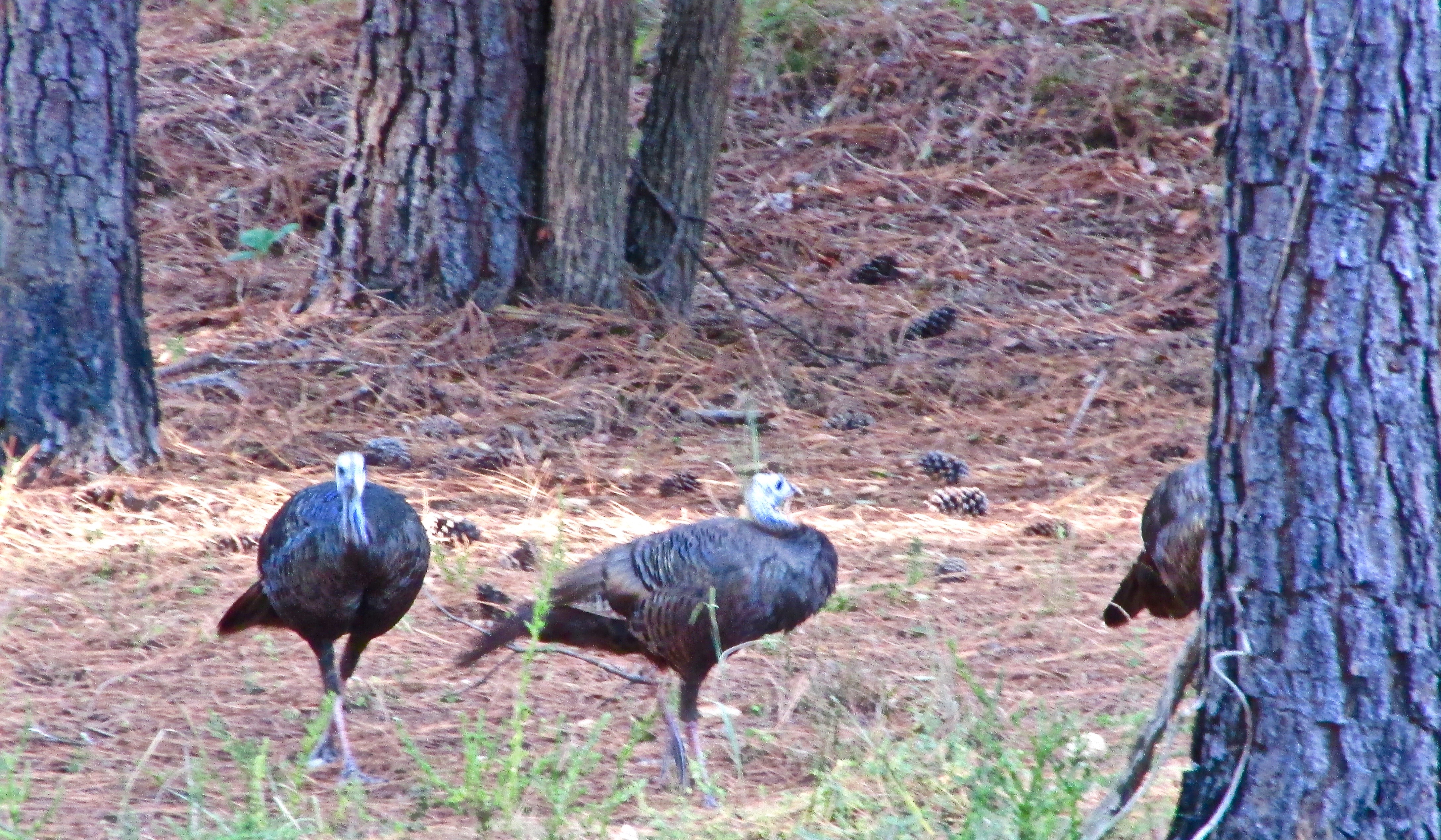 I gathered my gear, packed it, attached packages and my bow to line and lowered it all to the ground. Then, making certain I was safe began my climb to red clay. Once off the ladder I collected my gear to begin my walk back. As I’d bent over to pick up my bow, thirty yards directly ahead, two doe gave me the eye and causally drifted away.