Should I continue to advance scores at the current rate, 2 points per year, I’ll hit 600 at age 81. These scores are based on a 3-spot targeting the inner 10. Eighteen months ago my average was 554. So, that’s an eight-point improvement over eighteen months. During the first several months of shooting a 3-spot, with the outer ten counting for ten ring (for non-archers the 10 ring got smaller by about half) my average was 469.

So, another way to look at this is that I’ve improved my average, since I began, by 93 points in about 48 months or about 17% improvement while reducing the size of the primary target. 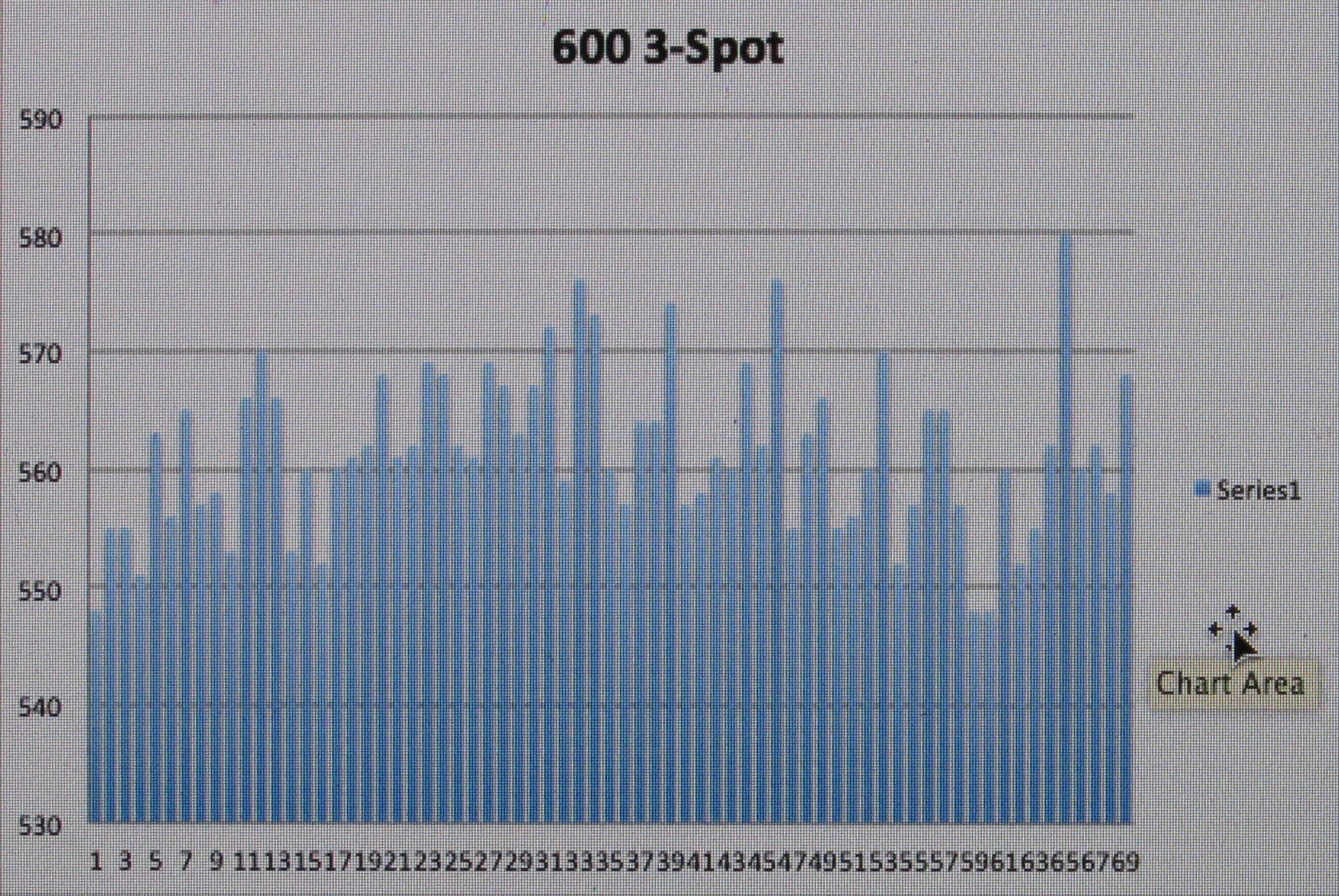 Needless to say, despite what I perceive as improvement, I remain frustrated.