There’s a major archery tournament in London, Kentucky this weekend and I’m in North Carolina. Over the past few weeks, I’ve been traveling a lot; so missing a trip to Kentucky doesn’t feel so bad. However, I did enjoy a “Fun Shoot” at the Kingsboro Bowmen Archery Association in Suffolk, Virginia.

The Kingsboro range is located in a pristine forest. The course is a bit hilly, which was a nice break from all the flat terrain I’ve lately encountered. Because this was a “Fun Shoot” I was eager to take aim at the furthest stake (50 yards max). 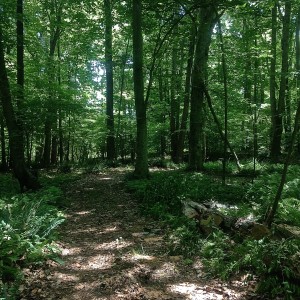 The folks that set up the course weren’t afraid of trees, hills, dips, ticks, or thickets. Even though the group I shot with pointed out that, “The range was easy, today” and, “During a real competition they make it harder, “ I found their arrangements of targets was plenty tough. 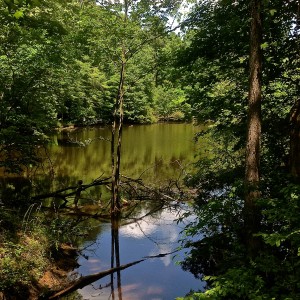 I got to shoot with Paula and Anthony who both are familiar with the range. I was glad they were along, the undergrowth and foliage was so thick and it would have been easy to have gotten off track, if only for a moment.

In our quartet was a tradition archer, Jonathan. Granted, his stake is a bit closer to the target, and we weren’t really competing, but Jonathan was clearly out shooting us. Jonathan, it turned out is an exercise physiologist by college education. He attended college on a football scholarship where he earned that degree.

Despite the shoot being a non-competitive event, the range filled up. Like most of the 3D shoots there was food back at the clubhouse and I was too eager to get one of their burgers. It was a tasty burger, but Clyde’s hamburgers at Mid-Del Archers in Delaware are still the best. (Not just best on an archery range, the best – period)

Kingsboro isn’t a long or difficult drive from my home in Hertford, only an hour and 22 minutes. They have a nice field archery set-up and I’m looking forward to doing more shooting in Suffolk. This was a good way to spend part of my day and I didn’t feel bad about not being in London, Kentucky.