Following the 2014 IBO World Championships my only complaint was related to the poor quality of manufactures’ representatives on hand to support their booths. This year, vendor representatives remained rather sad. If you were in NY, perhaps, you too noticed that the sales people often seemed dull and unresponsive or basically full of their self importance.

For decades I was in business practice at an executive level. The last business I was associated with I was an executive VP and Chief Medical Officer. You might think, “Well, you were over the science and medical group, you don’t really understand business.” You’d be wrong; I also have a law degree and completed an accounting program. Of the things where I have an expertise, business (sales and marketing) is an area where I am very strong. This is why I could retire at 57 and can shoot a bow full time.

The manner in which many of sales representatives spoke to customers (archers) at the IBO was appalling. The vendor representatives were often arrogant to rude or both. Many seemed uninterested and worked to cut conversations short.

During my working career (not that shooting isn’t work when you do it 6 days a week and travel nearly every week to compete) our sales and marketing team did things differently. Our booth representatives had goals to achieve, products to highlight, results to share, individuals to meet and new relationships to cultivate. I’m not certain I witnessed a lot of that sort of activity at the tournament. I’m am certain I watched a lot of rudeness from company reps directed to customers (archers). 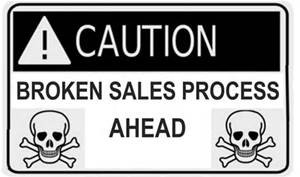 Well, you might think that the IBO World Championship isn’t exactly a business trade show like the ATA.  OK, let’s grant that train of thought.  I’ll match the IBO vendors with Ironman vendors.  At the  Ironman World Championship there were probably 10 times as many vendors compared to the IBO on the Big Island of Hawaii.  At every booth athletes (customers) were treated with great respect.  The sales people went out of their way to see that every competitor was treated like a champion.  Too many of the vendors at the IBO acted like they were doing athletes a favor to get off their butts and answer a question.  In fact, many didn’t bother getting off their butts.

Granted, there were some great company reps at several of the booths. Still, there were a surprising number of booths staffed by people that made me ‘not’ want to purchase that manufacturers products.  To be sure,  I remained smiling and pleasant regardless of how poorly good manners were reciprocated. What was more difficult was keeping my mouth shut when I witnessed rudeness to others.

There are plenty of archery vendors. Some are better than others when it comes to the treatment of the athletes that compete in this sport. Seriously, though, there were some very bad company representatives at this major tournament.