My average score for 20 yards was 9.27, which at first glance seems pretty good. Actually, it’s okay. It’s not great, yet.

An average score of 9.27 for 60 arrows against a 3-spot using the current USA Archery scoring is only 556. Again, just pretty good. The new USA Archery rule scores the little X circle in the yellow as a 10, the rest of the yellow is a nine. That means it’s harder to score 10s.

Obviously, more practice is the first thing that comes to mind. Practice helps, especially if you have decades for improvement. But, at a certain level more practice does not necessarily mean more improvement. How the practice is conducted becomes more critical as perfection is approached. That matter is for another paper. This is about a simple addition I made to archery and the results.

When I was not involved in archery, or about 2 years ago, I was heavy into triathlons. A friend of mine introduced me to a product that was sold by the company where he worked – EPO Boost. 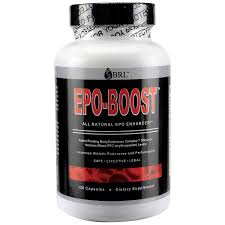 EPO Boost contains “Echinacea an herb that stimulates your immune system and your kidneys to make more EPO. In the long run, this results in more red blood cells…and peak performance.”1 It is legal and not a banned substance by WADA or other performance enhancement agencies.

Before I tried it for triathlons, I did some research and felt it was safe for a trial. In advance of the Ironman 70.3 New Orleans, I’d been taking EPO Boost for about 6 weeks. I finished par in the event, but what I noticed was that my recovery was noticeably reduced. In fact, I published a paper describing its use and my results.2 A few months ago, I decided to see what EPO boost for do for archery.

First, did it reduce my recovery time? Well, I didn’t measure that so I don’t know. What I studied were the data recorded shooting Vegas and vertical 3-spots. 3D shooting was not included since judging distance added too much complexity.

All the targets were scored in the usual fashion, 10 points and below. I did use the current USA Archery scoring system, so that the smallest ring in the yellow equaled 10 points. The data was collected and stored on an Excel Spreadsheet. The scores were pre-EPO boost and during EPO boost consumption.

I allowed two weeks of EPO Boost consumption before I began entering the EPO Boost data. The data needed to be collected throughout a reasonable time so that it might not be affected my natural performance progression. In other words, I wanted to not have a change simply based on “I got better over time.” Therefore, the entire test was relatively short, over 5 months (pre and during EPO Boost). Basically, a convenient way to see what would happen if I took EPO Boost.

My average score before EPO Boost was 556.2. At the end of the data collection the average score was 562.8 or a 1.17% increase. Clearly, not a statistically significant interaction (p=0.29. 1-tailed t-test for math people). That doesn’t could like much, but it is a nearly 7-point improvement (6.6 points rounded up) over a short period of time with no other changes.

In competitive review, 7 points at the 2015 USA Indoor Nationals, for my section, is the difference between 1st place and 4th place.3 (Won by Dee Wilde). Another way of saying this, those 7 points were the difference between the National Champion and not finishing on the podium. (By the way, I did win the 2015 USA Archery South Section for the event, but who’s keeping score.)