Ditching was first on the agenda. Not my agenda, River’s agenda. If you haven’t been a reader here you might not know who is River. River is my Labrador Retriever. I’ve not met a Lab that doesn’t love the water. River is crazy about water. 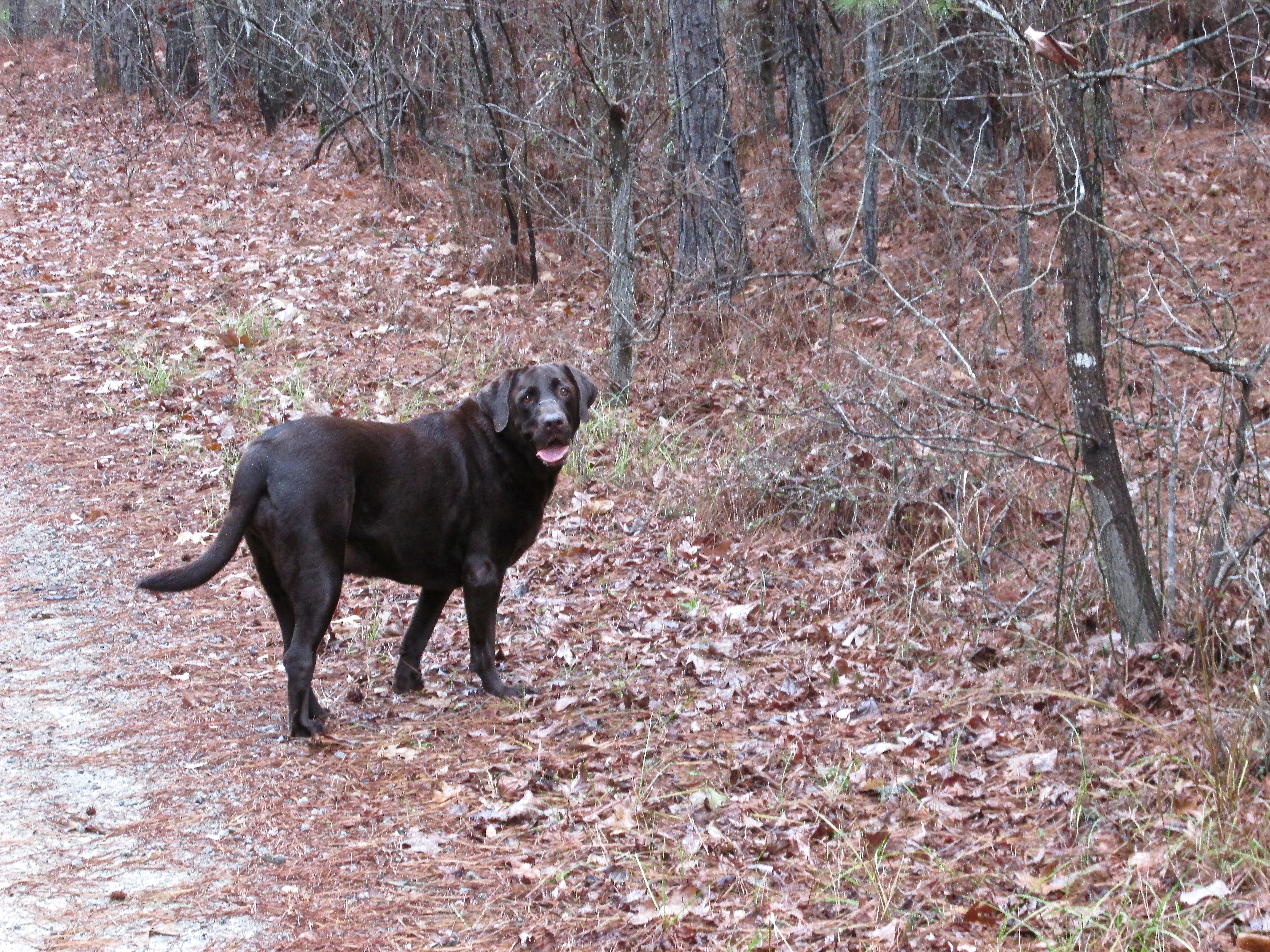 It rained hard here in Georgia yesterday. Every ditch and creek was brimming with water. River runs with me and this morning we headed out to run a trail we discovered yesterday. Knowing of a ditch that pools with water along the usual run I decided to avoid that direction. I was pretty sure we could get to the new trail a back way. It was an attempt to keep River out of the rain off ditch pool.

River has been smelling a bit ‘above bad’ having had a bath last week. It would be nice if she’d not stink when we’re visiting family. Were here in Georgia visiting family for Christmas. River doesn’t often have ‘nice’ wafting off of her coat. If she goes ditching (Ditching: jumping into a water filled earthy conduit and running as hard as possible) there is going to be stink.

It’s not that she’s naturally stinky. She works hard to reach an apex of olfactory funk. Rather than chance she’d jump into an overflowed ditch that forms such a tempting pool of water we headed in the opposite direction. That didn’t end up as planned.

The run put us at trails that simply called us forward. After nearly an hour of running it was becoming clear we were heading around a wide weaving circle. In the back of my mind a worry suggested we’d come out of the woods at a point where the pool would be between home and us. I considered turning back figuring that might add another 45 minutes to the run. That time would eat into archery practice. We remained on course. Plus, I wasn’t really up for nearly 2 hours of trail running.

It turned out my worry wasn’t unfounded. Once we cleared the woods my fragrant neutral dog hopes dimmed. Within two tenths of a mile there was the pool of rainwater. River was only 10 yards ahead, 30 yards from the water. She stopped as soon as she spotted her wet reward. Slowly she turned back toward me, gave dog grin and made a beeline for the ditch. I sprinted toward her and with increasing volume ordered her to stop. The louder I got the faster she sprinted.

River is a big girl at 105 pounds. She is all muscle. It always amazes me how much water she can displace at full tilt. There was no avoiding the bath to come. I did save time by not circling back only to lose it washing a dog. 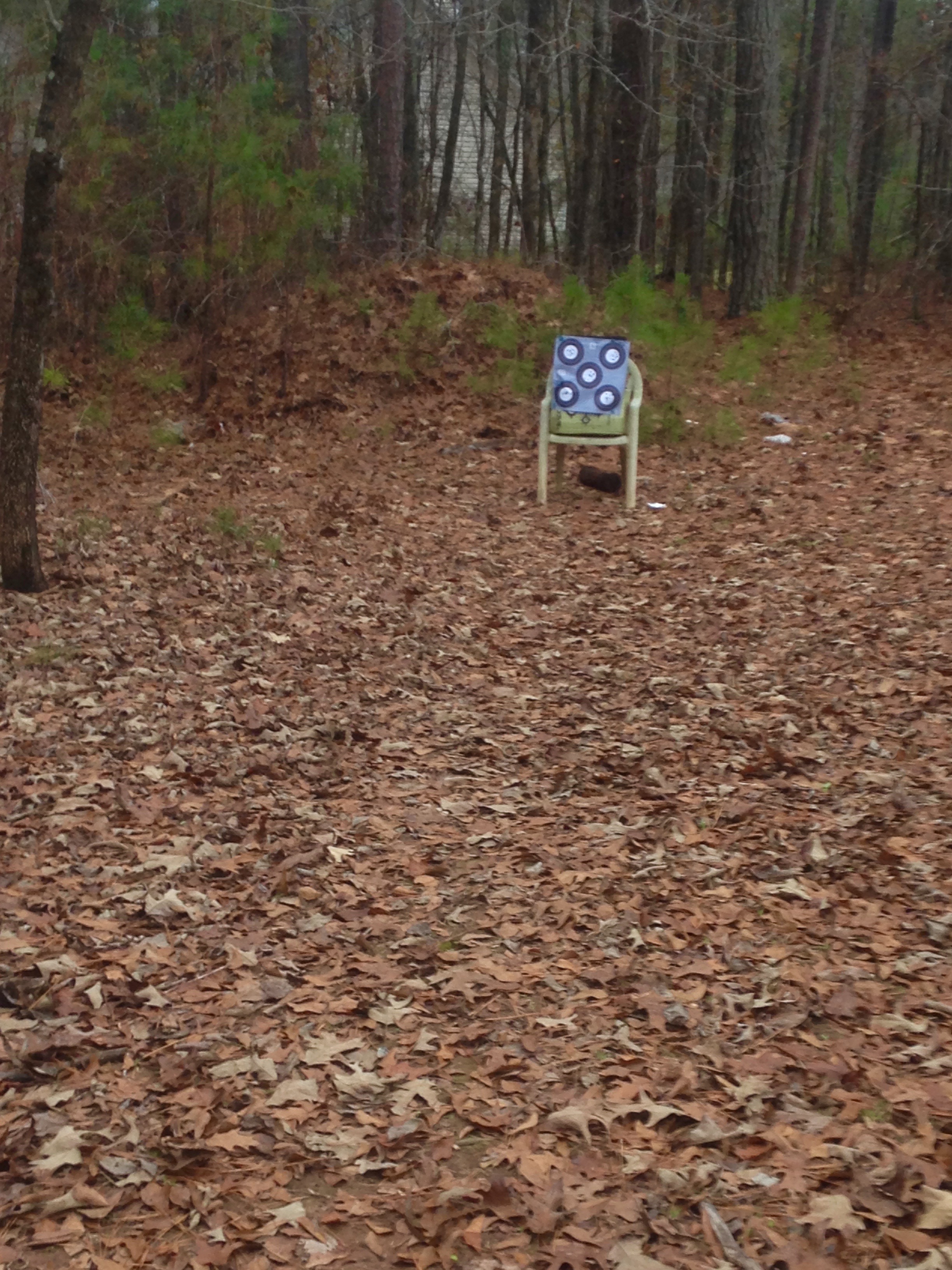 Nevertheless, I got a decent ‘afternoon’ archery practice shooting at a 5-spot. The morning archery session was blown to washing River. I’d switched over from a 3-spot for a break. Since August 2  of this year every 5-spot practice has yielded a 300. But, if you shoot 5-spots a lot you know the X count is where the money waits. Only 47 X’s today. Frustrating. 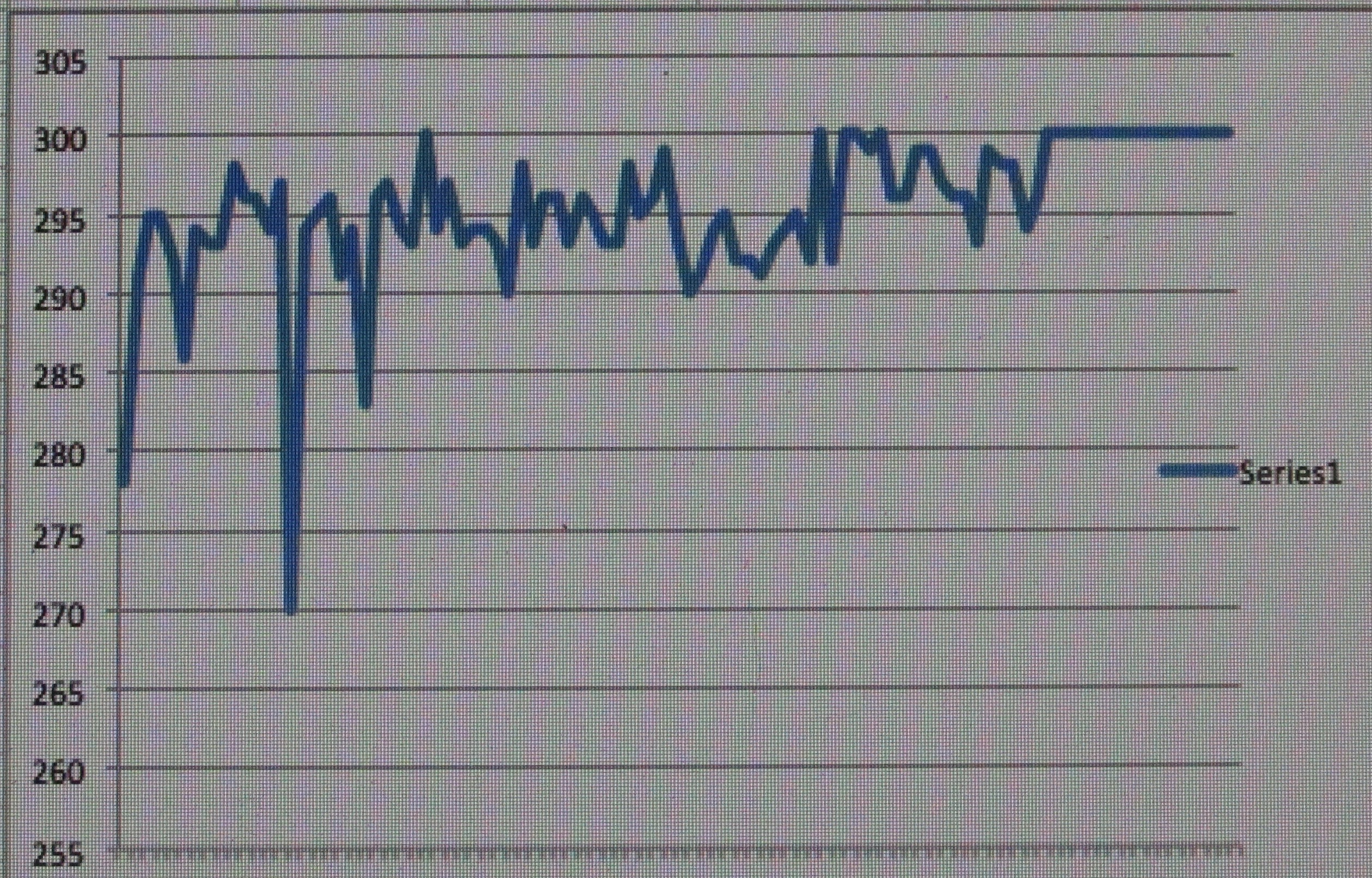 The archery frustration was burnt off during an afternoon riding mountain bike. I wanted to follow the same trails we ran this morning only heading right rather than left (I already knew that was a wide circle) at a Y intersection. 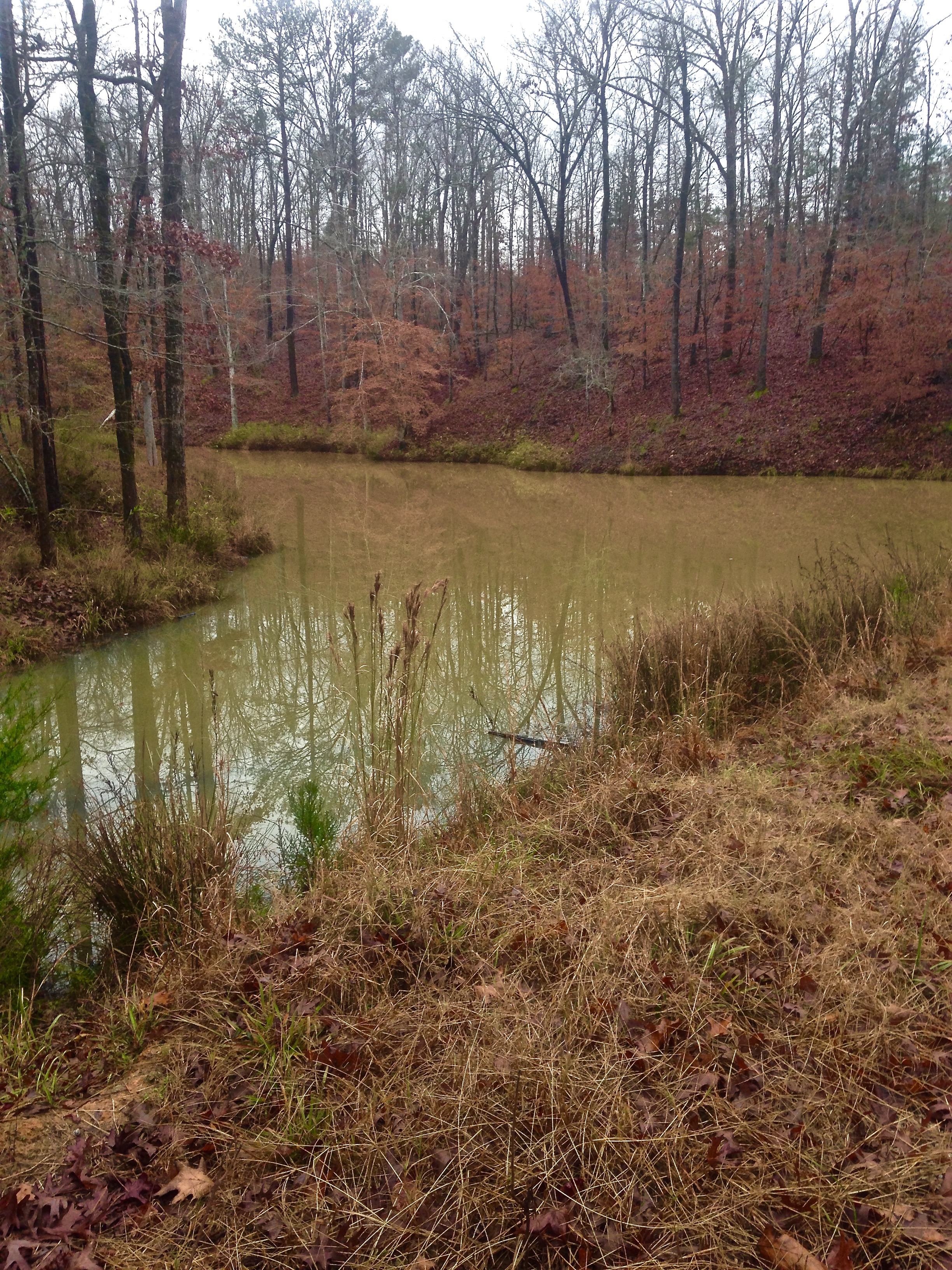 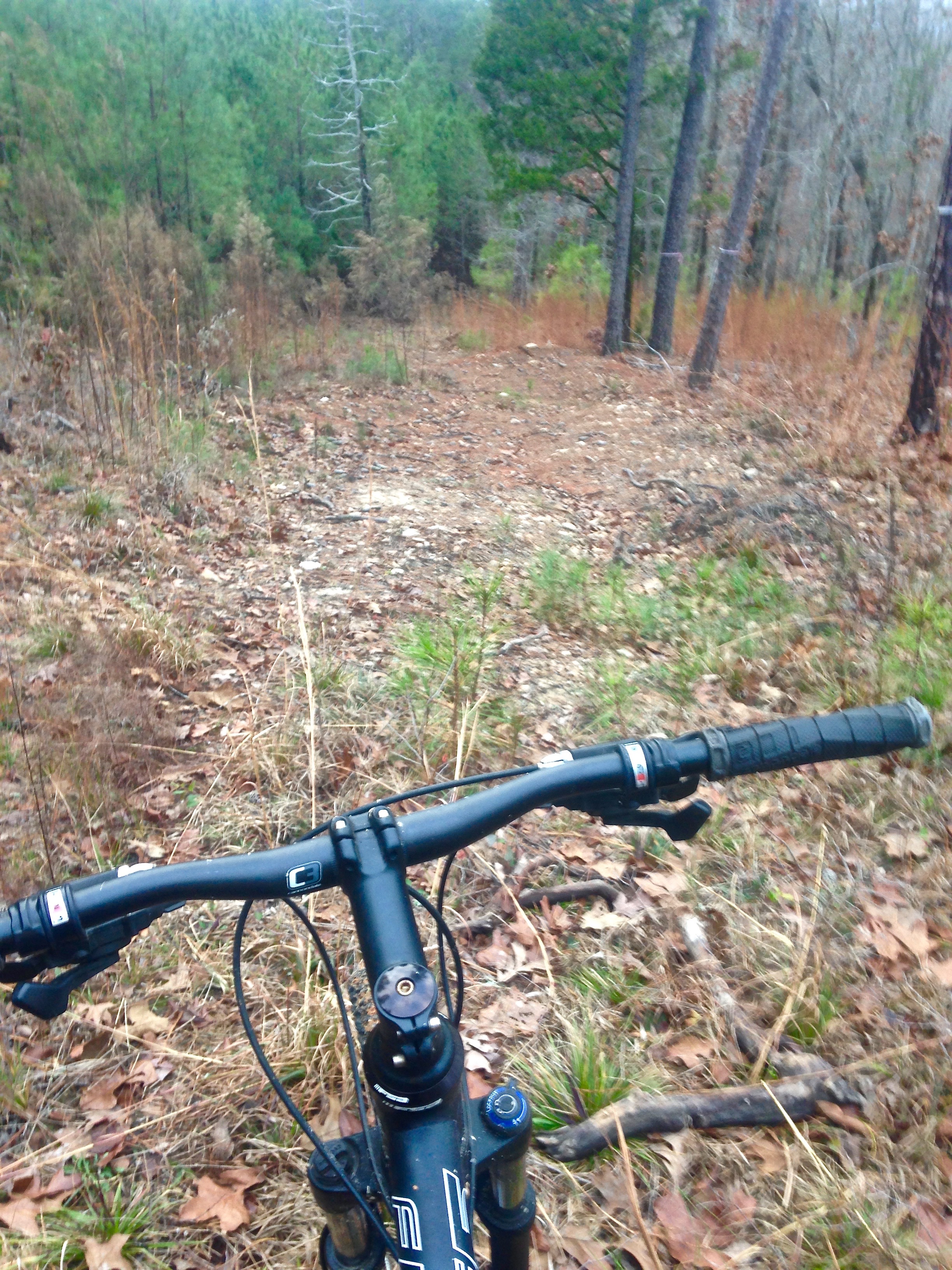 At that point the trail begins to climb. Looking down at my Garmin I noted the mileage at the foot of the climb. That climb went on for one mile. The earlier rain made the path, having a base layer of red clay, one slippery exercise in staying upright and moving forward. Despite the greater than anticipated elevation in heart rate, to match the unforeseen length of the climb, it was a nice way to end the day. That and of course no broken bones or cuts.