There are 3D targets that we all know: that turkey, the coyote, a wolf and all manner of deer.  Where I shoot we don’t see many elk, bison, or other really large targets.  Leopards are gaining popularity.  Smaller targets, less costly, are prominent figures.  There are even frogs and mosquitos on some the the ranges where I compete.

I try to duplicate what I shoot at when I can find inexpensively or used targets.  Fortunately, a friend (a bow hunter) has allowed me to set up a decent 3D practice range on his property – directly across the path were we live. My menagerie includes: a walking bear, a coyote, a badger, two deer, a mosquito, a small pig, a turkey, a bobcat, and a mountain lion. There are two more 3D targets I want  – a standing bear and a javelina. 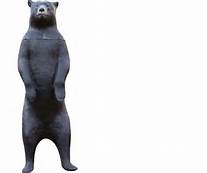 That standing bear is frequently hanging around 3D ranges.  There was a time it was one of my favorite targets.  That was when I could go to Schrader’s Outdoors and practice on their 3D range.  They had that bear and I could shoot it several times a week.  Now, I only see it during competition.  I miss my old friend.

Then, there’s that little ole javelina.  I see it mostly between 35 and 42 yards away in a dark hole.  (An indicator someone have a sense of humor) It too was one of  my Schrader’s Outdoor favorites.  There the varmint was only about 27 yards away. 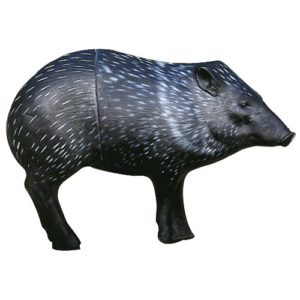 Both are somewhat pricey.  I’ve been looking and searching for a nice used pair.  Apparently, both critters remain well loved by other archers. In anticipation of finding the duo I’ve created the prefect places for them on the range.  Alas, their homes remain unoccupied.

These two old friends, well I miss seeing them.  Hopefully, when I do get to see them, I won’t miss them.