Do you measure and record your practice? How about your tournaments? Not just wins and places. Recording and measuring your progress is an important element in sports.

I’ve had three archer coaches in nearly 3 years. The first coach I had was level 4 coach, and a scientist. He had a PhD and a law degree – we spoke the same languages. I really liked him. But, he drove more than an hour each way to give me an hour lesson. His fee barely covered his gas expenses. I felt a little guilty after every lesson. But, he made notes during our practice and developed training plans for me to follow.

It was only my third lesson when he mentioned to me the Virginia Indoor Tournament was only a few weeks away. He said, “I think you should enter it, I think you could be competitive.” I entered, I shot, and I didn’t feel competitive. (February 2014) It was my first archery tournament and I didn’t have a clue.

Along the way, actually, from the start, I’ve kept my data. I keep scores on all types of practices and tournaments. Currently, I am looking into methods to expand the data I record and analyze. 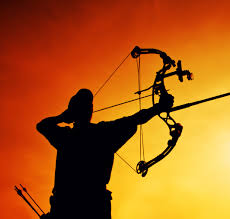 My second coach was anti-data. He said, “Don’t worry about your score just go shoot.” First, I don’t worry about my score. Second, I rarely go out to “just shoot.” Although, I do allow myself easy recovery days where I’ll shoot for fun only.  But, seriously, I don;t worry about the score.  I think about it afterwards.

Coach Bill Walsh was an amazing guy. I met him in Chicago. We were both giving lectures at the same conference center at different meetings. It was one of those moments I won’t forget.

Apparently, we’d both finished lecturing about the same time. We were  in the hotel lobby waiting for our transportation. We were looking out toward the street when we glanced at one another. Of course, I knew he was the Super Champion coach. He was probably looking at me thinking, “Medical Geek.”

I figured, what the heck, I’m going to introduce myself. I think we might have both been a little surprised. After a few minutes we were talking like long time acquaintances. Eventually, our rides came and we went our separate ways.

Coach Walsh has said, “The score takes care of itself.” True enough. But, to think the coach didn’t look at numbers – before the results – would be a mistake. Like all coaches in the NFL he knew the numbers and stats for his players and others. You have to in the NFL.

Back to my second coach, I think he meant well. I don’t think he understood the power of data.

Professional athletes are monitored and measured on nearly a continuous basis. Amateur athletes, thanks to all the inexpensive products that record and monitor physical output that are available, can become nearly as sophisticated as the pros. What can be learned from data can help improve athletes in all sports.

In the first half of 2016 my 3D scores were down. My known yardage scores where down. Had I reached my peak? Maybe this was it for me. Video recordings identified a change I had slipped into – I was tilting my head down, just a little before shots, and then dropping my bow. I’d gotten sloppy. I learned this from my third coach’s videos of my practice.

My scores for the first half of the 3D season were averaging only 8.4 points per shot. Working to break bad habits (identified through video analysis), my second half scores are now 9.62 points per target. The improvement is still lower than my goal of 10.5 points per target.

Everyone I shoot against is good. Most have gotten good after years of practice. Less than 24 months ago a 35-yard 3D target was my maximum distance. Today, it is 50 yards. I’m still getting beaten a lot having won only 2 events this year. But, data and analysis is a factor in continuing to improve as fast as possible.

You might not collect data or make recording of your practice. If we are competitors, well for now I encourage you to not change a thing. And, bye the way, I never worry about the score.