On Facebook, an archer whose is one of those, Robin Hood shootin, Pro-Staffer, big game huntin’, Bull’s Eye hitting, experts posted his latest heroics. He’d grabbed his bow, a newly acquired hunting rig, stood at 18-meters, faced a vertical 3-spot, and landed a perfect 30X 300.

On his Facebook update describing the shooting wonder he thanked his many ‘sponsors’ by hash tagging everyone and attributed to them his success. (I am not sure how those hash tags work. Because I’ve no organization with which to accredit my archery performances I’m not worried about the hash tag.) He further acknowledged his many blessings (in this case 30 of them in the X), thanked heaven, offered an Amen then called for others to blanket the Internet with an Amen rally as proof of their worth. 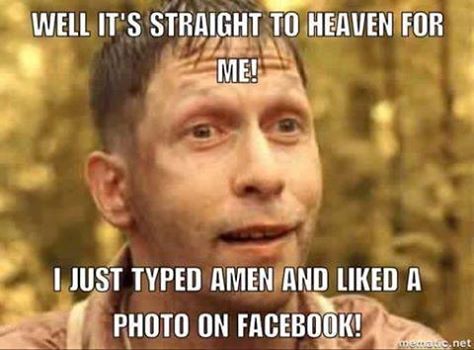 His devotees rallied to this glory – Amen. In unison they begged him, using that new out-of-the-box hunting bow, to take on the hot dot shooters at the next major tournament and to walk away with all their cash taken via stunning and absolute defeat. To the dismay of his fans he humbly replied he’d stick with 3D in 2019, barely being able to wait, and salvage the embarrassment of the world’s best 3-spot archers. In the meantime, he was going hunting with plans to take down “Ole Buckster” the monster and elusive trophy deer seen on his trail cam, now that he was equipped with the new bow.

His peeps gnashed their teeth and wrung their hands with sorrow.   If only, if only, their king would take on those lesser archers at Vegas, Lancaster, or any World Cup event. Going though my head was, if I could just land a solid 300 on the big ten that might be good. Clearly, my thoughts were far from the ones that led to hugging replies for the semi-famous 30X hitting ubiquitous Pro-Staffer.

I come close nearly every day to matching Mr. Pro-Staff. Close, that is by measurement, to a 300 or 600 shooting the big 10. But, 300 and 600 remain goals. Additionally I remain committed to shooting an occasional 8.

Today, I once again came close to a 300 and even a 600. I was low – missing the mark. My all time new low, during this practice, was to walk away from my target, return to the orange flagged 18-meter dirt spot out back that represents my archer’s box, reach down to grab an arrow and discover the arrows weren’t in my quiver. Yes, you guessed it; I had left them lodged in the butt.

Thankfully, this was an error made in private. Although, I am compelled to share it with thousands of you here. I share this because it seems fair. This is a way to balance the extreme elite performance of a fellow archer, Mr. Pro-Staffer, who can pick up a bow, rigged for hunting, march onto an indoor range and shoot 30 perfect Xs and share his magnificence.