Chrissie Wellington was an amazing triathlete. She won every Ironman event she entered. Just as incredible, she won her first Ironman within months of deciding she wanted to compete in the 2.4-mile swim, 112-mile bike ride, and 26.2 mile run race.

Along the way she became part of a team of professional athletes. She was the new girl on the team. Shortly after joining she was shunned by her fellow athletes. It hurt her, but not so badly that she didn’t go out and beat them in every attempt at the Ironman distance. She did however, eventually leave that team.

Standing next to Chrissie on the Big Island of Hawaii, I noted two things: how lean she was and how her smile never left.   Eventually, having surpassed all of her rivals, their personal distance narrowed and friendships or at least respective admiration developed. Chrissie had passed her competition and in turn, her competition would never pass the smiling champion.

I had a similar experience with a petty player during cycling training about 20 years ago, I felt like I was being punished. The group I was training with included national triathlon champions from several countries: a world cycling champion, RAAM team victors, two Ironman World champions, elite mountain bikers (training on their road bikes) and a heap of other champions.

I’d been off my bike for years while I completed my doctorate and law school. Getting back into shape was now a priority. I’d bought a second hand bike and began riding to lose what I dubbed “academic” weight. But, as yet, I hadn’t bought the removable leg and arm warmers worn by the better-equipped riders. I’d been invited to train with the group by Gabe Stanley of South Africa, an amazing athlete, coach and friend. I was the new boy in the mix.

When I realized this group held at least one petty player, we were in Georgia. The day started cool and most people were wearing heavier gear that could be pulled off and tucked into back jersey pockets as the day warmed up. Everyone that is, except me. And as often is the case in Georgia, the day did indeed, warm up. When the group paused to remove their cold weather gear one of them said to me, “We haven’t even gotten off of our inner chain rings, yet.” It wasn’t said with concern for my well-being, or even in a joking manner…like “what are you thinking!” It was stated rudely and clearly meant to demoralize me.

It was my first training ride with these elite athletes as I eased myself back into regular training and competing. We’d been averaging 23 miles per hour and had ridden about 40 miles and I remained part of the pack. I knew the pace would pick up once the cold blocking apparel was removed, at which point the ride would become more difficult. I also knew most people were already on their outer chain rings. I was dropped after another 10 miles. I’ve never forgotten the discourteous, bullying comment, but oddly, I have forgotten who said it.

A year later, at the World 24-Hour Cycling Championship, I wrote taped that comment to my handlebars. It was with me when I marched in the parade of athletes as a member of Team USA for the World Championships where I competed in the long course duathlon, and it was with me at the World Ironman Championship on Kona, HI. I’d kept the unsportsmanlike statement with me as reminder petty individuals don’t belong and deserve less than victory. It reminds me that when training, winning or losing do it politely with good manners.

Since that experience, through decades of international competition and meeting all levels of coaches and athletes, I’ve learned to quickly spot the petty players. I’ve also learned to avoid them. Most of us have had experience with these types of people over the years, neighbors, teammates, work colleagues, even family members and in-laws for that matter. Most of them come and go in life, but when they are present, their barbs tend to be demeaning at best and maliciously hurtful at worst. 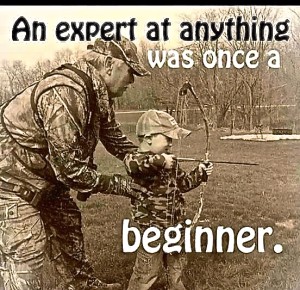 A recent example comes to mind. Let’s say you’ve found a group of shooters; you’ve introduced yourself and received an invitation to shoot with them, which you delightedly accepted. After a few times practicing with the group, you begin feel ill-at-ease, more of a sixth sense at first, like a smell in the air that you can’t quite identify. What you’re sensing is not necessarily overt rudeness but a lack of interaction, a profound sense that you are considered an outsider—possibly even an interloper—despite your best efforts to be friendly and integrate into the group.

If this happens, trust your instincts and move on. Find yourself a group where friendly competition, mutual respect and comradery exist. Let the petty players live on the weak side of sport. They’ll never be great, and they can’t have a negative impact on you if you don’t let them. Particularly in sports, the petty players seem to rise to a certain level but then they freeze at a point of mediocrity. Their attitude holds them back. I feel sorry for these folks, they truly miss out on the best of what sports have to offer. So if you happen to stumble into a mix of petty players, move on. Let them drag themselves down, not you.