You never know whom you’ll be shooting near on a public range.  You might show up for practice and be standing next to Reo Wilde. If you are an archer you will more than likely recognize Reo Wilde.

If you’re an extrovert you might strike up a conversation with a stranger. Many times those conversations can enrich your life.  You might find a new friend and you could be amazed by the character standing next to you. 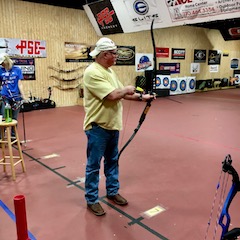 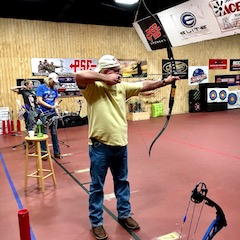 Months ago while working on an indoor range there was this guy a few feet away from me practicing with a bare bow.  Every so often you notice a different attitude toward the practice of another athlete.  In this case, there was something different.  Eventually we started talking and I learned he’d been shooting bare bow for 27 years, now 28 years.  I picked up that he is an accomplished bare bow competitive archer and hunter.  One thing is clear, he can shoot a bow. 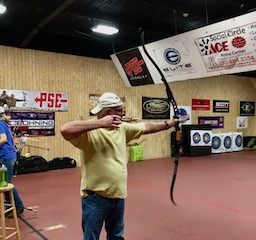 Someone had mentioned to him that I’d once raced bicycles and the Tour de France was what he wanted to talk about.  He’s one of the few archers I’ve met that is a true fan of professional cycling.

He asked about my racing past, my bikes, the training, diets, and my experiences racing bikes.  In the short time between ends, I could only approach answering with the briefest of responses.  It was pretty incredible to find an archer that appreciated what a cyclist deals with to race.

But, that conversation didn’t answer my questions, perhaps because I was busy answering his, as to who is this guy. I’d later learn just how out of my league he is as a professional athlete.

As I was overhearing a conversation between this bare bow archer and another I heard him talking about an interview on ESPN with him and Jack Nicklaus.  Wait a minute, was I hearing that right.  Turns out I was hearing that right.

Do you play or watch golf? Many of you probably do.  I don’t play golf.  I do watch it from time to time.  When I lived in Augusta, Georgia I used to sneak onto the National Golf course and run the cart path.  Once (in 1989) I even got to watch a Masters Tournament in person. The weather was foul and my neighbor, being a bit under the weather, gave me his annual pass.

The bare bow archer is Tim Simpson.  Tim is a professional golfer who played the PGA Tour and the Champions Tour.  While I was sneaking onto the Master course to run in Augusta, Tim was playing there.  He played the Masters 6 times.  Additionally, he played the US Open 12 times, the Open Championship 4 times and the PGA Championship 11 times.   He’s, also a native Georgian. 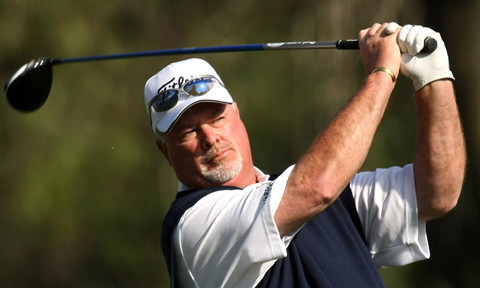 Tim was born and raised in Atlanta, Georgia. He attended high school at Woodward Academy where he was the Atlanta Junior Champion, Georgia Junior Champion and Westlake National Junior Champion. He attended the University of Georgiain Athenswhere he made All SEC, All American, and College All Star teams.  He left college early and turned professional at age 20. He earned his tour card at 21 years, 1 month (Among of the youngest in history). 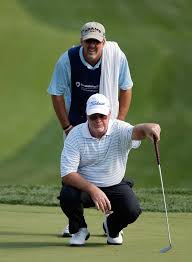 His first win as a professional came at the 1982 Cacheral World Championship in Nimes, France. His first PGA Tour win came three seasons later at the 1985 Southern Open. His career year was 1989 when he captured the PGA Tour’s Comeback Player of the Year award, and won two Tour events: the USF&G Classic and the Walt Disney World/Oldsmobile Classic. He had another good year in 1990 repeating as Walt Disney World/Oldsmobile Classic Champion, and posting his best finishes in the U.S. Open, British Open and PGA Championship. Simpson was awarded the 1990 Georgia Professional Athlete of the Year award. He has 66 Top-10 finishes in PGA Tour events. (1) And achieved the status as a top-10 player on the PGA Tour in 1989 and 1990, finishing 6thand 8thon the money list for those years, respectively.

Tim’s career wasn’t an easy one, as if it ever is for any professional athlete.  After back-to-back years being in the Top 10 PGA Tour money winners Tim, contracted Lyme’s during a hunting trip. One of the numerous manifestations of the disease he was left with a tremor in his left hand.  In 2005 Tim had Deep Brain Stimulation (DBS) surgery to remedy the condition.

In 2006 Tim, universally considered one of the world’s greatest ball strikers in history, joined the Champions Tour having an unparalleled comeback lasting five more seasons before career ending injuries forced his retirement in 2011.

Today, Tim coaches a mental management program to golfers and archers. He also lectures on mental management for athletes.  In talking with Tim about his mental program he shared things he’d noticed about me of where I’d slipped.  Tim’s application of sport psychology is unique coming from an elite athlete who can translate mental coaching to fit another athlete’s needs. 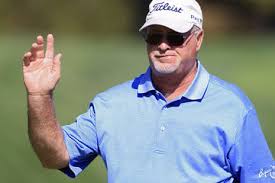 If you are interested in becoming a client of Tim’s he receives inquiries at: Timbogolf@gmail.com