I race.  I compete in running races, cycling races and swimming events.  Going fast and far is fun, so I am never still for long.  During my training and during races, I ingest masses of caffeine and drink a large amount of Red Bull.  My caloric intake of caffeine and my archery maintain a tenuous collaboration.

Case in point: I had an intense training schedule and a serious archery competition on the same day. The archery event was last on my agenda.  First on the calendar was a 10K-morning run, then, in the afternoon, a 40-mile bike ride. The final activity of the day would be an archery tournament.

After breakfast I knocked out the run in under an hour and between the run and ride, I completed some work.  Within all that activity, I had lunch and took a short nap.  I think it is inhumane to ‘get busy’ while digesting.

The 40-mile ride was a few hours before the shoot, and I needed calories and a caffeine boost.  A windy day on the Eastern Shore, it was going to be a gut buster to complete the ride in the time before heading to the shoot. Plus, I was hungry, again. It is not good to start a ride with no fuel to burn. Bonking is not pleasant.  A pre-ride double espresso along with a PB&J on an English muffin did the caloric trick. Knowing my calorie count for the day remained low; I grabbed a 2X Caffeine GU and stuffed it in my jersey.  Now prepped for riding, I headed out on my Cannondale Slice. 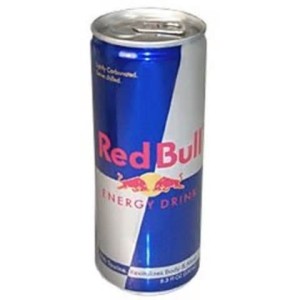 At mile 28 I’d burned about 800 calories so I sucked down the 2X Caffeine GU.  These GU gel food supplements taste awful, their consistency is gag worthy, but they provide fast energy. The 2X caffeine gives a real kick particularly when washed down with Red Bull. (Sometimes, that day in particular, I carry Red Bull in one of my water bottles) I’d finished the 40 miles in a tad more than 2 hours.  Back home I grabbed another Red Bull, drank it, doffed my riding kit, showered, dressed, hopped into my Mercedes SLK Super Sport and headed to archery competition.

During the 35-mile drive to the range, my iPhone linked to the car stereo for music, I cranked up my “running” play list.  That list of music is hardly sedate. Cruising in the SLK is always exhilarating, and I was really feeling pumped. I was headed to an archery shoot, Red Bull, coffee and 2X Caffeine GU coursing through my veins, driving in a sports car – living the dream.

I’d planned to arrive at the range a bit early for a good warm-up. If I’d been arriving for the start of a sprint triathlon I could not have been more warmed up. Hitting the parking lot, stereo booming, with 30 minutes to spare I was race ready. But, I needed to change gears and become archery ready.  Heading in, feeling charged, I put the sight and stabilizers on my bow, grabbed arrows and stepped up to practice.  Firing off a few practice arrows it was apparent I was race ready.

Caffeine increases your mental alertness.  Only a few hours before shooting my bow I’d caffeine loaded.  My brain was alert.  The pre-shoot Red Bull was certainly working as a solid maintenance dose of caffeine.  Actually, I typically drink a Red Bull within 30 minutes of every archery competition.  In practice, I often drink one beforehand. My scores and practice seem unaffected by Red Bull.  It is unclear what this implies about those scores.

Archery isn’t like running a 40 K trail race in the freezing rain in February over ice slick red clay in Georgia. And it certainly doesn’t compare to a parachute jump from space.  But, archery has its own thrill.  The feel, the calm, the focus, and intensity under control, which apply in archery, also apply to more vigorously dynamic sports.  Archery does provide me calm and focus that I carry into other sports.  Once I hit that zone, my shooting becomes relaxing or my racing controlled.

My score for that Red Bull invigorated night was 294 with 11 X.  Not my best score, not my worst score. Whether or not it is advantageous having a heart rate of a hummingbird in archery is debatable.  Prior to the shoot I’d run, biked, and mega-dosed on caffeine and energy drinks. How that impacted my shooting I honestly don’t know. I suppose it is relative or relates to what one is accustomed to having in their bodies and how that body is used.  Frankly, the only times I am still are when I am asleep or putting it on the line, caffeine, Red Bull and all.

One thought on “Red Bull In My Quiver”