I had 13 3-D targets. It is a number that needed to be rounded up. When I was sitting at 12 targets I wanted a Javelina and a Standing Bear. They were both priced higher than I was willing to fork out.

Instead of buying the $234.00 (+/- a few bucks depending on the supplier) Javelina I bought a small boar for less than ½ the price. The diminutive pig is roughly the same size as the Javelina. The standing bear, well I’ll continue to look for a used product purchase.

The problem was that I’d cleared a spot in the woods for a bear then ended up stuck on 13 targets. I’m not really superstitious – but 13 felt odd.

After months of searching I remained bear-less in the woods. So, to round things off I bought this inexpensive Delta rabbit off of Amazon. I now have an abundance of smaller targets along with several mid-sized ones. 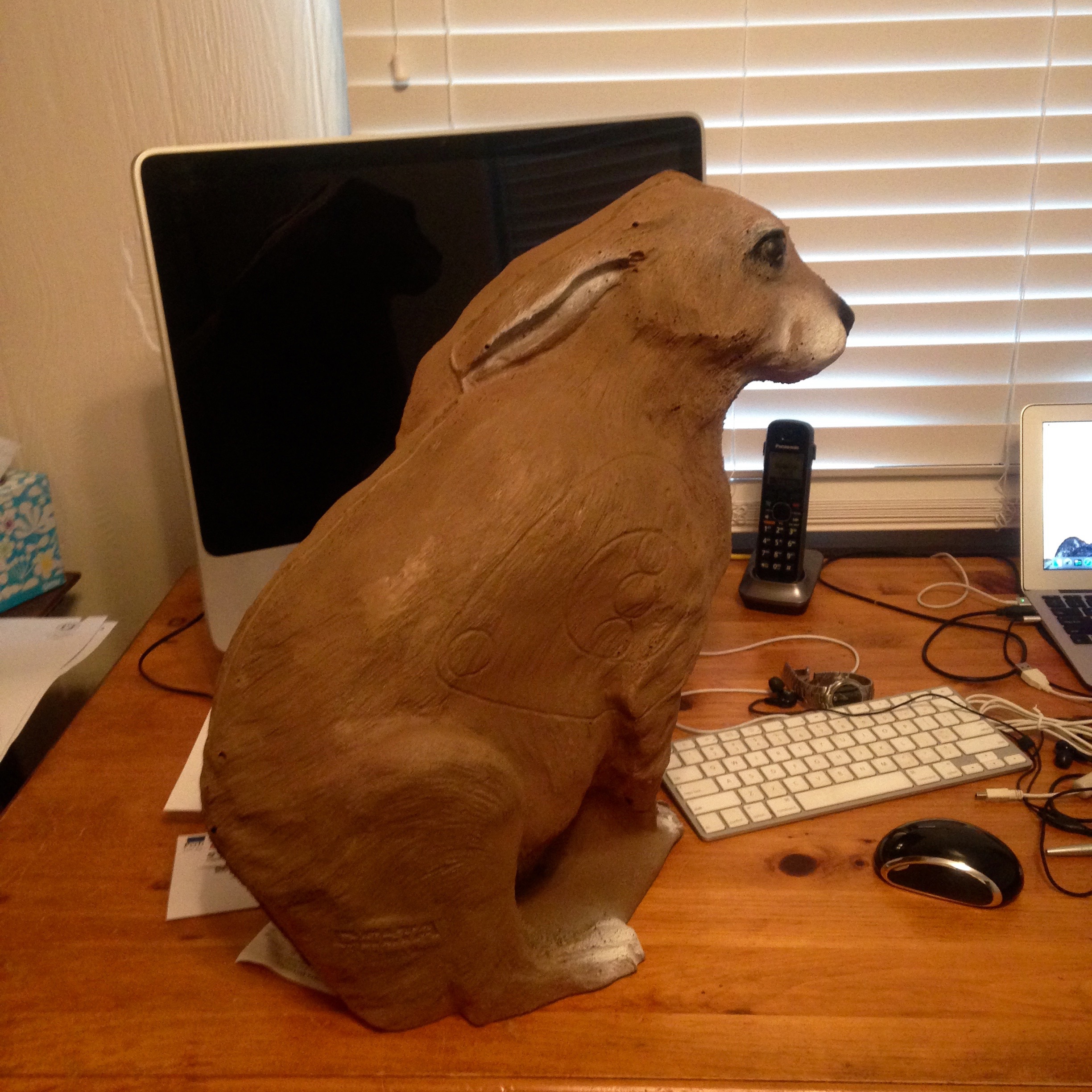 It’s raining today. Actually, it started while I was practicing this morning. I did get in about an hour of shooting in the rain before it got heavy enough to go inside. I didn’t get the new rabbit target set-up on the range. Once the rain clears this critter will join the foam menagerie.