It was time to break down and purchase a new pair of running shoes. Generally, I keep a half dozen on hand and I rotate them. Plus, when they get really beaten down, they feel better to me. The rotating isn’t so much to prolong the life of the shoe as it is to prevent stink.  In addition, running in the morning my feet frequently get wet.  Wet shoes suck.

That’s probably not how you should treat shoes. That is, running the tread off. Shoe manufactures have all sorts of recommendations on the wear of the sole of a shoe and when to replace them. Those recommendations have not taken hold on me.

Once, back in the ‘80s I had a pair of Nike Pegasus that fell apart after about six weeks. I called Nike and complained. The product manager I spoke with asked how many miles I was running a week. When I told him he laughed and said be was surprised they lasted that long. The laughter was my only reward for the complaint. (I don’t run that much any longer)

Getting new running shoes is a treat. These new shoes are Newtons. I’ve been running in them as well as Nike, Asics and Zoots. To add to that list I have a pair of the Five-Finger running by Vibram. All of them are pretty much pounded to pulp. Hence, new shoes. 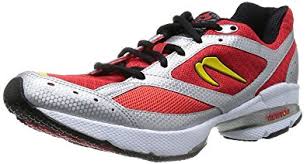 I selected the replacement pair, the Newtons, because I think they idea for archery. Whether they are or not is only a guess. But the toe box cushion on the shoe does, seemingly, help me feel my feet as I am preparing to shoot. Too much heel and I feel like I’m rocking backwards. But, as far as that goes, I’ve got work boots that seem to feel just as good. 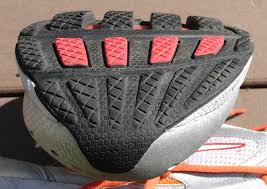 At any rate, this rant isn’t so much about footwear and shooting. It’s about what happened while running this morning.

Running down the road, Coco (a Labrador retriever that joins the run nearly every morning) was headed out the door. Her owner was saying good morning to me and I was calling back the greeting. As such, I was not watching the road. While calling to Coco’s owner and waving I stepped on something. It felt unfamiliar.

Now, I run a good bit and do so nearly every day. As such, I’ve stepped into a lot of crap. (Crap in general, not necessarily specific, but that too is true) This foot contact was unusual and unknown.

When I looked back to see what it was I’d stepped on – it was a snake. My stepping on the snake had not immediately killed it; certainly it didn’t improve its health.

What are the odds? Thankfully, it was not poisonous and only about a foot long. But – damn.