Recently, I entered into an agreement with Black Eagle Arrows. The arrangement means I am considered on of their “Pro-Staffers.” They didn’t contact me, I asked them for the position.

The reason I reached out to Black Eagle Arrows is that I shoot their arrows. I also like their arrows. More importantly the company located in Canton, Georgia impressed me.

A year or so ago I had a problem with a few Black Eagle Arrows I’d ordered. The few arrived broken, obviously damaged during shipping. I was at the ASA in Augusta and marched the damaged arrows to the Black Eagle display booth. It was early and no one was yet at home. I had to get to work, so I found a fragment of paper, wrote a note, taped it to the arrows and figured that was the end of that.

After finishing the shooting for that day, I hiked over the Black Eagle booth. The hike over was more out of curiosity than anything. Having had a few interactions with other archery vendors at tournaments, I figured the arrows would have disappeared leaving behind no note or evidence they ever existed or I might hear a suggestion to take the problem up with the carrier that had delivered the arrows to my door. In the worst case I thought whoever was manning the booth would instruct me to call “Customer Service” whereupon my complaint would most surely vanish in a maze of button presses and awful telephonic music.

It turned out I was wrong. The Black Eagle representative seemed glad that I had returned. It nearly threw me off my game. My experience with archery company representatives at tournaments has mostly been a demonstrated hope that customers gaze in lust at their wares, don’t touch, don’t ask too many questions, and move on so as not to interfere with any celebrity archer that might chance a visit thus illuminating the booth with reflected glory.

Prepared to puff up my complaint, I was squashed before I could get rolling. The Black Eagle representative concurred that the arrows were damaged, likely during the shipping. The Mother Ship, in Canton, Georgia, had been notified and replacement arrows had already been shipped to my home in North Carolina. True to his word, when I returned to North Carolina, the replacement arrows had arrived. 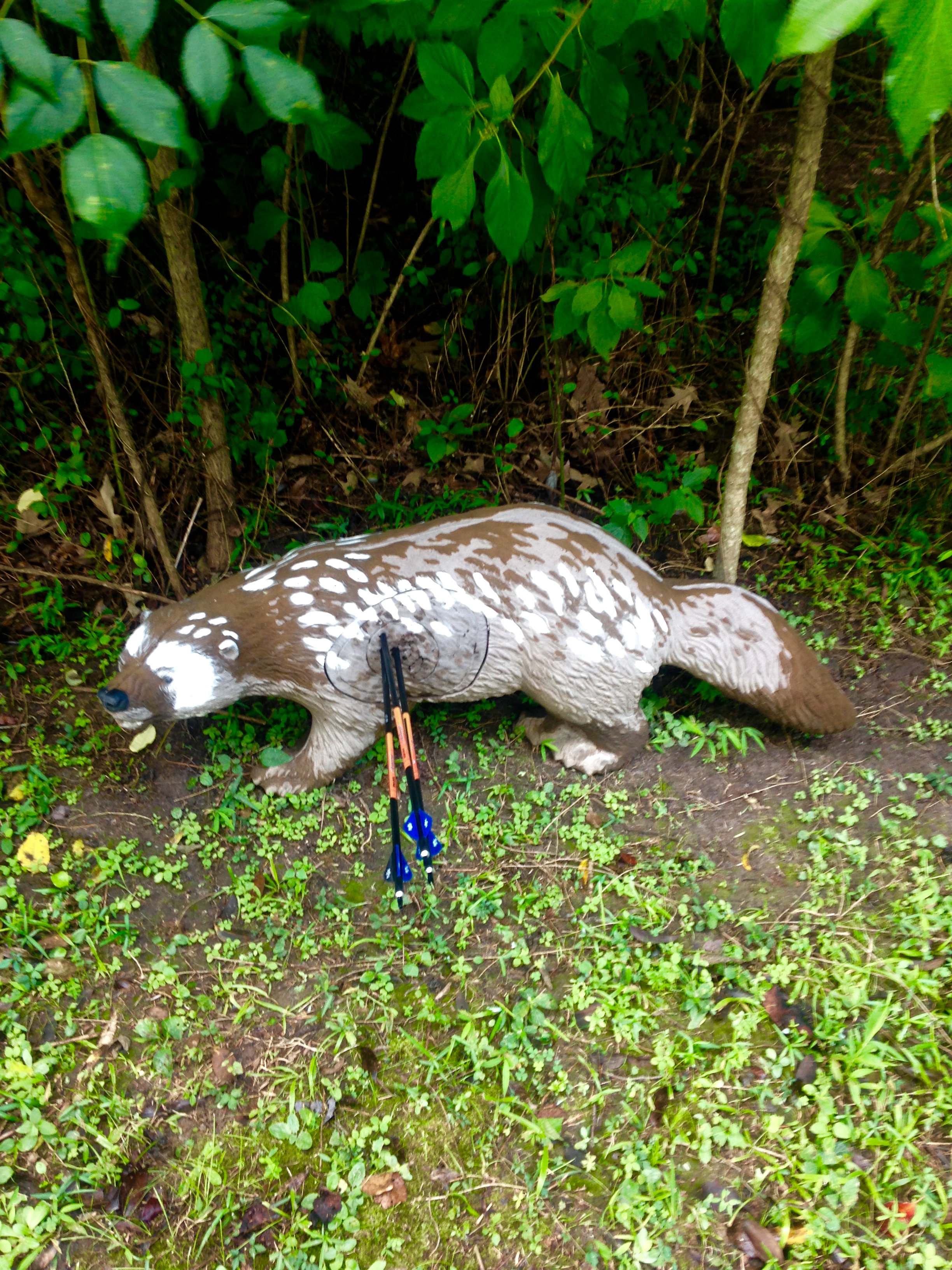 I mentioned to a friend the broken arrow story. He suggested that I might write Black Eagle and request to be on their “Pro-Staff.” So, I did and in doing so made certain I played up that I’m a native Savannahian – they being located in Canton, Ga.

One never knows about mentioning Savannah. Occasionally, you do come across the person who recalls Savannah as one long bad St. Patrick’s Day they’d rather forget. Or you could be writing a person with the still bitter taste left by the speeding ticket earned while cruising Butler Avenue on Tybee. In this instance, being from Savannah didn’t seem to matter on way or the other. Black Eagle accepted my application without prejudice.

While reading their website I did find pictures of other archers being supported by Black Eagle. I also found the fellow that recommended I submit an application, his toothy smile in the spotlight. He never told me he was a big shot for Black Eagle, although he is well known as being a good shot with a bow.

I’ve purchased a pile of Black Eagle arrows. In fact, I don’t yet need any more of their products. They probably wonder why a new member of their “Pro” staff has yet to invoke his benefits. When I run low on arrows I’ll buy more, but until then I’ll try to keep them out of the weeds.