River is a fine dog. She’s pretty much been at my side since she was a pup. For the most part she’s pretty good. She is, however, a Labrador retriever and a chocolate lab at that, which means she’s not always selfless.

If you know labs, you are aware there are black, chocolate and yellow coat variations. Decades ago breeders culled the non-black labs at birth believing the other colored dogs weren’t right. Over time, the practice of culling the supposed inferiorly coated labs halted. Today, labs of all colors remain Americans number one choice of dog breeds.

Having been around labs I come to realize: Black labs are the most serious, chocolate are the most mischievous, and yellow labs are a bit crazy in a playful way. All are very loyal and smart. They all want to be entertained. They will all steal your stuff and steal your heart.

Practicing archery with a lab at heel can be a challenge. River has followed me around many a 3D practice and even waited in the truck, all windows down, in cooler weather while I competed in 3D. After the tournaments we attended together, once she was set free, she quickly discovered where food was being sold and made friends with whoever was cooking. Hamburgers and hotdogs awarded her efforts.

But, there are times when she wants to be entertained while I shoot. Typically, throwing a stick satisfies. Today I gave her a large rawhide strip hoping that it would occupy her. That strip was a worry for River. 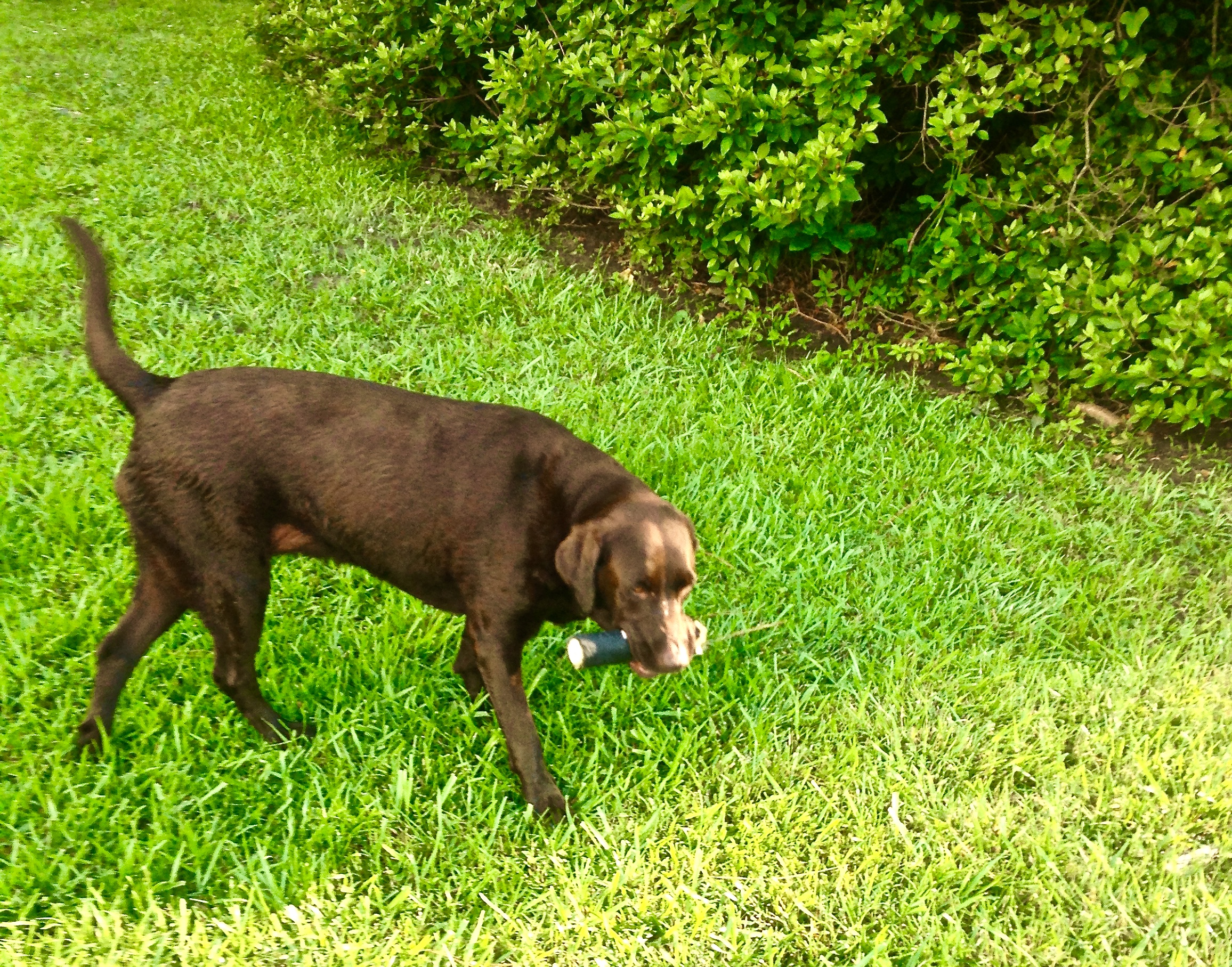 She carried it around yard and woods burying then reclaiming the precious scrape, the former hidden hole seemingly, after further canine consideration, to great a risk for being stolen. Eventually, River returned content it prize was properly stowed. So, the ‘play with me’ barks and mock attacks began anew.

The pronouncements, in barking form, that it was playtime warranted bringing out the ultimate toy. This toy locks River in place without fail. The toy – a plastic bottle.

A small water bottle is fun. A large ice tea bottle is the ultimate game for dog activity. It bought me a solid thirty minutes of uninterrupted shooting. By then, it was once again: Game On.