Living in a city is okay. I’d done it and found it enjoyable. Living in the country is good as well. There are obvious differences.

When I write that I’ve lived in a city I mean in the heart of the city. When I lived in Atlanta I was near Buford Highway, inside the parameter, but in 1976 not the center. Later, living in Kennesaw, GA it was a little like living in the country, however, by the time I lived there, mid 90’s, Kennesaw was the suburbs for Atlanta. A good example of the heart of a city was when I lived in Cleveland, Ohio. There I lived at 12th and Euclid, pretty much the SA Node of the city.

When I write that I live in the country I don’t mean suburbs. From my home in North Carolina, the closest town, Hertford, is 14 miles away. Hertford has a population of 2176, about that of a large apartment complex in Atlanta.

City life was fun. There was always something to see and do. If you don’t mind crowds and have patience with traffic it’s a good life. Riding a bicycle can be a challenge, but there is always a path to follow. Shooting a bow means an indoor range or driving to a club outside the city limits.

In the country there is also a lot to see and do. The scenery and activities are different from a city. Riding a bicycle is easier – there are a lot less cars. In fact, during my ride of 20 miles yesterday only 2 cars and one truck passed me.

Another country life advantage is that if I want to shoot all I need do is step out of my front door. In fact, I can shoot from my front porch at two sets of targets. It certainly makes practice convenient. Other unique advantages to where I live is I can fish and crab from my bulkhead or off my dock. And, if inclined, I can hunt from a tree stand after a 4-minute walk from my house into the woods. 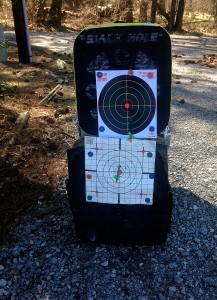 The down side is if we need anything that has to be purchased I’m making a long drive in the truck or car. Despite this very slight inconvenience, I find living in the country is generally better. If I need to get back to a city, I’ll make the drive knowing I’ll be back in the woods or on the river momentarily. 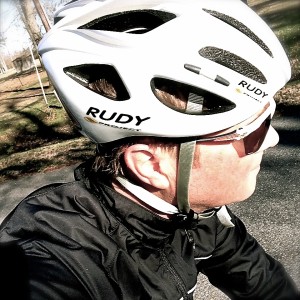