My TRU Ball Goat release busted.  I called TRU Ball.  They gave me instructions for it to be returned so that they could repair it.  I shipped the Goat back regular (the less expensive method) mail.  Seven days later that Goat was back in my hand. That is hard to beat when it comes to customer service. 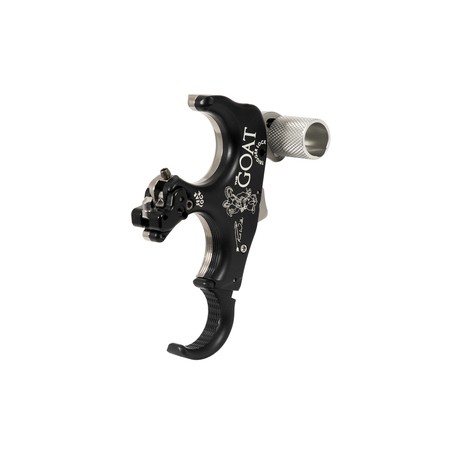 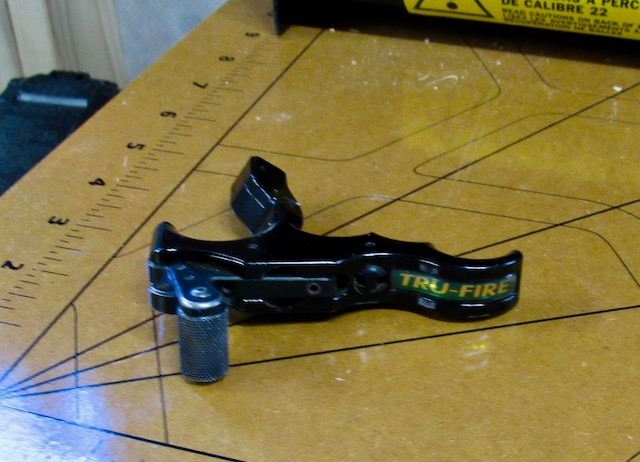 During the Goat’s absence I tried shooting an old True Fire thumb release.  The trigger on that release has no sensitivity adjustment.  This meant having to move my thumb to active the release.  That didn’t pan out.

Next I tried an old Scott Black Hole 3. It was just too cold. Sure, you might be a wizard at adjusting this type of release to make it more sensitive – not me. I’ve tried and given up. Every attempt at finding that perfect spot where the hinge releases, when I make the adjustment, is either too hot or too cold.   Next I used an old Scott Long Horn Pro Advantage release.  That was just right. The release setting set by a tech at Scott. 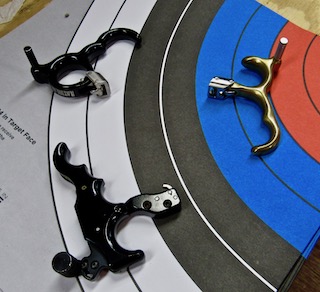 Even though I ‘mostly’ use back tension to active my Goat in the thumb trigger mode I am less comfortable with a pure back tension hinge.  When I make a mistake with a hinge style release it is a whopper. With a thumb activation I can be a little less careful.

Still, I enjoy shooting exclusively a hinge style release.  For years it was all I shot.  Then, a bow tech, who seemed knowledgeable, claimed thumb releases were the better approach.  It wasn’t as if he was trying to sell me a thumb release, the shop where he worked didn’t have any thumb releases in stock at the time.

I’d been using a Scott Black Hole 3 my wife had purchased me as a Christmas gift in 2014, a few weeks after I’d started playing around with archery.  A buddy of mine used a Black Hole 3 and it the total extent of my knowledge of hinge releases.

Because this buddy was a ex-pro (he made certain you became aware of his past and present glory) I thought he must be doing something better than me. So, when Brenda asked what I wanted for Christmas I told her a Scott Black Hole 3 release. With that request I exhausted my complete knowledge base of hinge releases. 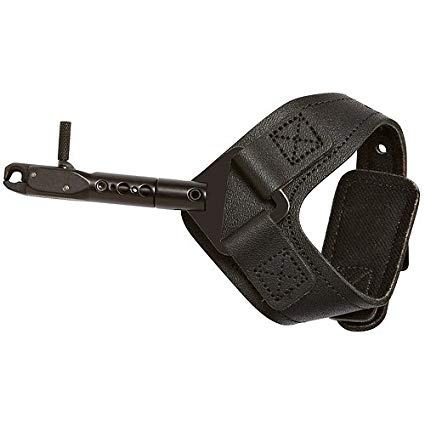 On Christmas morning of 2014 I unwrapped my new hinge release then watched a YouTube on how to use it. Despite a bit of nervousness having heard all sorts of tooth breaking, lip busting, and nose bleeding horror stories of hinge style shooting I set out to master pure back tension.  The mastering remains unattained.

Thus far, I endure injury free using a back tension.  Nevertheless, I let the bow tech at the thumbless release shop convince me to use a thumb release over a hinge.  I found one at a different nearby archery shop.  It was the True Fire release.  They were too happy to accept my money.

Over time, it became clear that that choice, the True Fire, was excellent for hunting, less so for target shooting.  The sensitivity on the model I owned was simply too dull in that it required to great of a movement for me to activate.

Months into working with the True Fire, I was mentally stuck with a thumb.  Each time I worked to switch back to a hinge every poor form habit, which you can get away with using a thumb release, was so much a part of my shooting that the practice with pure hinge release was frustrating.

Luckily, another bow tech at another shop suggested I try the TRU Ball Goat.  I could set it to trigger the way I wanted.  It fit so that I could use, to some degree, back tension to activate the release.

Actually, a good archer can use the Goat with back tension with or without the thumb approach.  In my hands, well a hybrid approach is a fair description.  Sometimes I get the back tension, sometimes I thumb it, and sometimes is fire an arrow seemingly by magic. (The arrows is flying toward the target and I’m not yet ready)

Then, my Goat broke.  I pulled out the old True Fire. I gave up on the True Fire, after shooting a 533 out of 600, and eventually migrated to the Scott Longhorn Pro Advantage.

A few hundred arrows with the Scott release helped reestablish a better shooting form.  I really had to focus.  It was focus or miss.  After 500 arrows using the hinge or so I was shooting pretty good with it.  (No arrows were lost during the transition)

Just as I was getting comfortable with the Longhorn Pro my Goat came home.  The day it arrived I used it in a local league competition.

The league competition here is tough.  It came down to 2 ex-pros (both have only ever had jobs in archery), a kid that is ranked number 1 in the Nation for his age group (he never misses the 10 ring when it is the outer 10) some fellow I don’t know that seemed like a big shot.

I say he seemed like a big shot because he talked a lot about the shoot offs he competed in at Vegas and Lancaster. He was using some thumb style release.

I’m not  sure he could have shot a hinge release.  His chest was so puffed up he scapulas were practically fusing between ends.  He, too, didn’t miss any ten rings. And then me shooting the just returned Goat.

The Goat did just fine even if I was a bit off the mark.  I ended up with 2 nines for the evening but that was good enough to put me in the shoot off.  Oh, there’s money on the line at these local events and I wanted the money. During the evening I’d gotten the feel back for the Goat and felt there’d be no more nines.

Using the Goat I’d need to shoot against, Steve, an ex-pro cover boy.  By that, he I mean he was once a celebrity archer who his many sponsors used in their marketing material.

Maybe if I’d used the Scott Longhorn Pro I might have performed better and maybe not.  It seems I end up with about the same scores regardless of what release I’m holding. Sure the True Fire didn’t work out, but in the past, using that insensitive release I’ve scored well. Either way, I remain more comfortable with the Goat.

Comfort is good, laziness with form isn’t. It is easy to get lazy using a thumb.