A valuable tool for your training is a video camera.  In fact, several video cameras are even better.

Professional athletes are video recorded during practice and performance.  Nick Woodman, a surfer who wanted better pictures of himself while surfing, invented the ‘GoPro’.  The ‘GoPro’ is a great tool for athletes as are small HD video cameras.  I’ve used my ‘GoPro’ in cycling and recently had a “duh” moment and began using it for archery. I also use a small Canon HD video camera.  Both are set-up on tripods during practice.

The video recordings can be played over and over to analyze form and look for mistakes.  I admit mine aren’t pretty.  However, they are revealing.

Among the textbook of how not to shoot errors I make I’ve broken the problems down to categories. Each category is a problem and that problem becomes the focus of practice until it has been resolved.  I am still on problem number one.

The first major problem that jumped out at me is that I seemed to shoot too fast.  The timing from anchor to release is the section of the shooting process that concerned me.  It seemed fast, so I timed it on the video.

Of course, how fast is too fast?

To figure this out I timed Reo Wilde and Jimmy Butts shooting.  YouTube made them available. (Wilde eventually became my ‘control’)

I timed shots for each archer.  The results were quite telling.

From the point where I anchor to when I release an arrow it takes 4.99 seconds.   Jimmy Butts from anchor to release held for 9.8 seconds while Reo Wilde held for 11.89 seconds.

Note: I shot from 50 meters and Wilde and Butts were shooting at 18 meters for the first measurements.  The distance wasn’t the variable I wanted until I finished looking at the shooters. Then, I wondered whether Reo Wilde shot differently at 50 meters. He’s easy to find on YouTube so he became the control. 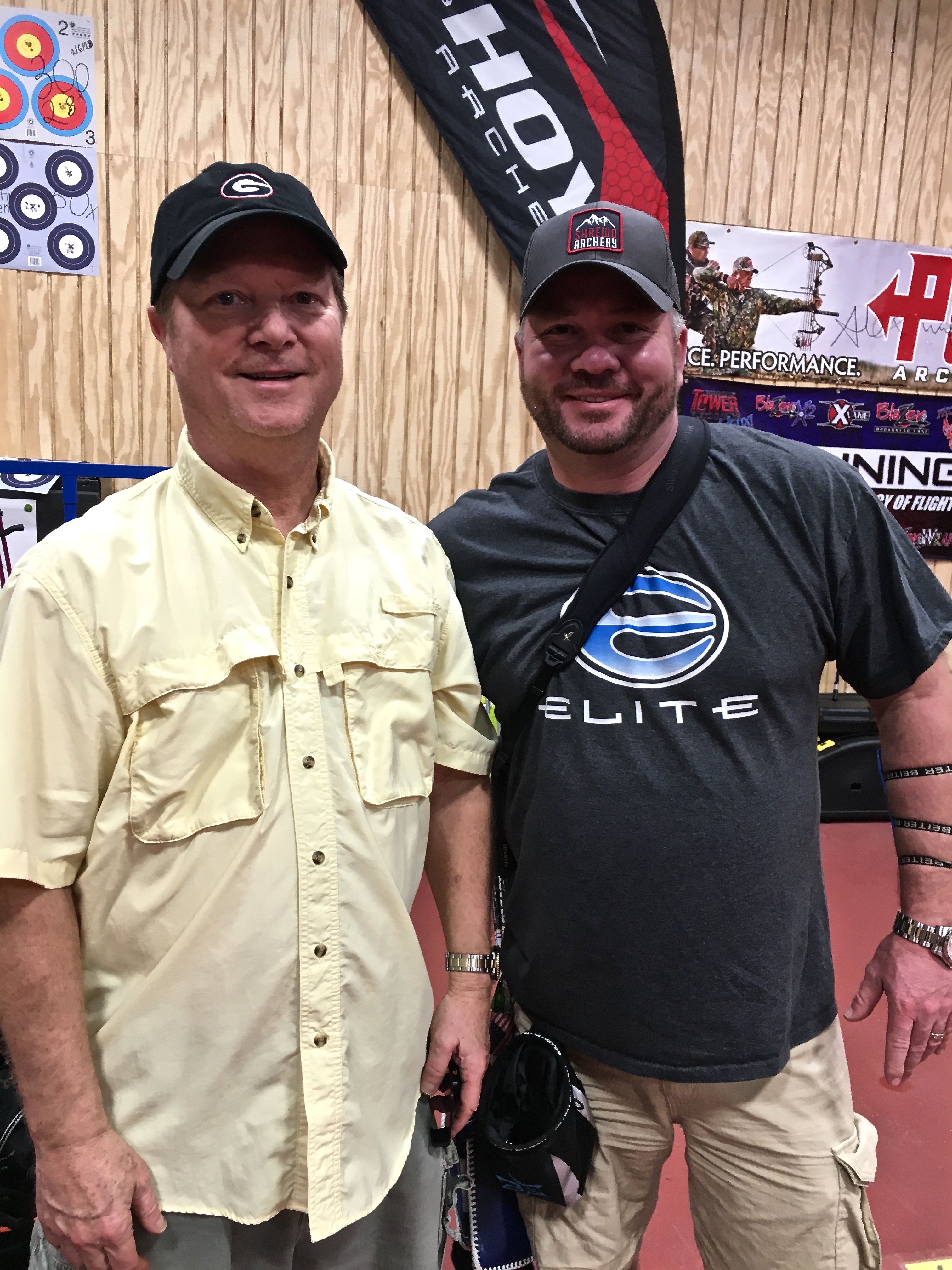 At 50 meters (outdoor) Wilde’s hold time was 9.07 seconds, 2.83 seconds faster than 18 meters (indoor).  The variance of the hold time between Wilde’s and mine is 5.49 seconds, using Wilde’s indoor and outdoor average hold time.

The shorter hold times for Wilde during outdoor shooting is important as it is for all of us. Why shorter outdoors?  What I’ve come up with is wind.  Outside there is wind, inside there isn’t wind.  When you find the shot during a calm window you take it.  The calm moment my be your best opportunity.

It is the hold time that appears to be a potential flaw on my part. Wilde and Butts hold their aim before release at more than double or nearly double the amount of time I take from anchor to release.  The video was key to seeing this for myself.

Awareness of this problem with timing (assuming it is a problem) I slowed down.  Today’s hold time increased to 7.49 seconds.  It is too early to know if there will be an improvement in my score.  Actually, my score improved a tad, 0.08 points per arrow.  Doesn’t sound like a lot, but those incremental points add up.  Over 72 arrows those small gains amount to 5.76 points  which is great for 50-meters or any distance.

I’m not saying that Reo Wilde’s extended hold time makes him better. It might, I don’t know for certain.  What I can say is that Reo Wilde hold time is much longer than mine.

Overtime, I’ll continue to record and measure.  There will be a point where I find the best feeling hold time for me.  My guess it is going to be longer that 4.99 seconds.