When I return to Maryland after an extended absence I look up a few friends. Most work regular jobs  during the day I can’t visit them. A few are employed at shops where I’ve purchased gear for triathlon and archery. These ‘friends’ are easy prey for my intrusions.

A bike shop was my first attempted visit. Sadly, since my last return to Easton it closed and consolidated to another location. The second attempt was an archery shop where I’d spent many hours shooting indoors.

So far in 2015 I haven’t shot there. To be honest I’ve not been in “Old Line State” too often or for too long at a time since January. But, I’ve dropped in for a visit during each trip back. The guys always have stories of super human feats that have occurred since my last call. This time was no different.

During this encounter I learned the deer in Maryland had exceeded all prior known records. I also heard of local adventurers who’d traveled the globe seeking rare and exotic prey and of three demi-god archers that competed in their winter indoor league.

Everyone naturally agrees that the verbal expression of facts and figures associated with massive deer and super-mutations are undisputable. And, I think anyone can agree that the typical hard working hunter can drop work and family to jet around the globe in search of and bagging lost world dinosaurs with a bow and arrow. But, demi-gods on the planet? Here’s the tale of this next generation of hallowed archers. 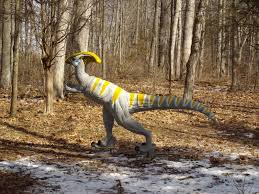 It seems that a few months ago two young boys, mom chauffeured, arrived at this particular bow shop. Each purchased an “Elite” bow and neither had until that day participated in archery. With the purchase the boys were shown how to shoot an arrow. Having school homework on which to concentrate the two young men (by order of mom) cut the archery lesson short and were driven away. Later, they returned with a friend, an unfortunate boy, so that he could buy a bow. This one was less wealthy and had to settle on a lower priced Bear bow. 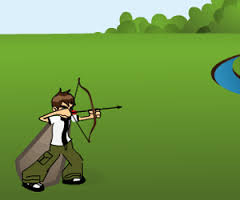 The boys weren’t seen again for many weeks. Then, out of the blue (or to be precise – out of the cold), one of their mother’s drove them back to the archery shop in order that they might compete in the  evening league competition. The event lasts six weeks and the targets were the 5-spot from 20 yards. The boys were prepared with a partial archery coaching session, hunter style “Elites,” a “Bear,” their arrows, several weeks of bow ownership and wrist strapped trigger releases.

Over the course of the contest one boy’s or the other’s mom would drive them to shoot on a weekly basis. Throughout the six weeks, the two youthful “Elite” contestants never missed the center X, each scoring perfect 300’s week in and week out. The “Middle-Schoolers” had schooled the more senior and practiced competitors.

The trio, aside from the rigors of eight grade academics held part-time employment. Their weekend jobs had become the source of their responsible savings and cash (parent subsidized) for their archery purchases. Sadly, the one kid (lacking parental cash flow) who failed to purchase an “Elite” and got the entry level Bear wasn’t as mythical. The Bear owner hadn’t acquired enough money for an “Elite” and to his humiliation only shot a nightly 299 for each of the 6 league shoots.

What amazed me was how straight faced the storyteller remained throughout his recital of these amazing children. He spoke of them with reverence. Now, understandably, the previous tale of a 475-pound Maryland white tail buck must be true, who would ever exaggerate, but I found it a bit of a stretch regarding the boys. Obviously, there was no point in questioning the legend, the speaker was a true believer, and so I kept my thoughts unspoken.

Before I left, the storyteller tried to sale me an “Elite.” I departed financially intake.