This morning I spoke with my long time friend and former USA Cycling World Team Coach.  He’s been in involved with competitive cycling for over 55 years.  He’s never doped or had any of his athletes dope. He’s lived in a clean athletic world at a time with doping was unchecked.

The phone call was among other things a friendly chat.  We hadn’t spoken in over a year although we stay in touch on social media. Social media is okay but a call or seeing someone face to face is much better.

He is a great coach and has won a number of National Cycling Championships as an athlete.  He knows how to ride a bike and to inspire other riders to excel.  There’s even a race series named in his honor, The Nestor Cup.

The call was initiated by a question I sent to him.  I’d been looking at time trial results for a few riders in my age group.  I noticed a number of them held speeds matching individual time trial speeds of professional cyclists reported during the Tour de France.  Those data seemed very unlikely without some form of artificial support.

I wanted to know if those speeds were natural.  I didn’t suspect they were and the former coach immediately called a foul.  He added  he’s observed a lot of riders today picked up the sport in their 40s.  They missed those early youthful years of development. They wanted speed, had money, and were doping. He estimated as high as 60% of older cyclists may be doping.

I think the number is high but lower than 60%.  There’s a lot of attention being paid to doping.  Doping regardless there is still a problem with doping cycling. (1) Amateur athletes don’t seem too worried about getting caught. Many don’t need the sport to support them financially and have nothing to lose if they get caught. Furthermore, the current opinion on doping seems to lean heavily toward to older athletes. (2-4). In the past I’ve written at the rate is probably around 25% of older athletes are doping based on research I’ve read. (5)

According to my former coach, “These older guys have the money and they want to win, so they’re doping.” He added, “If it were less expensive to test riders, we’d catch more.”

No matter, I’ll probably race bikes again.  I do miss it. It would only be in a time trial – less chance of a crash that might mess me up in archery.  Don’t even get me started about the doping in archery.  Well, I’m started…. 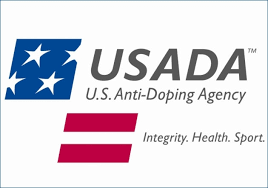 If you’re on a beta-blocker, over 50, and don’t have a therapeutic use exemption and compete in archery you are cheating.  I doubt you’ll get caught.  You’re over 50 and no one seems to care whether or not you’re taking a beta-blocker for hypertension or other problem or if you get eat some of your buddy’s drugs before a tournament.  The sport organizations would rather have your annual dues and registrations fees than worry with sportsmanship. Heck, you can get your dope online. (6)