Aside from archery, I’m involved with other sports. Among them is running. I heard somewhere that one of the common rules of sports is that athletes run. Perhaps that’s a myth since from what I’ve seen, the rule isn’t applicable to archery.

There are lots of myths in sports. Another myth is the 10,000-hour rule. If you dig around a bit you’ll find a number of Olympic medalists that earned their podium finish with a lot less than 10,000 hours of training. Some myths however are true – despite the attempts at debunking them.

In the Jan/Feb 2016 issue of Running Times magazine on page 29 the authors claim to bust a myth. The myth is that “Chocolate milk is Best.” In the article the writers are referring to chocolate milk as a sports drink specifically to provide protein. 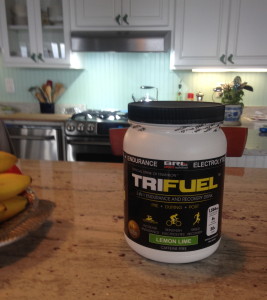 There are plenty of sports drinks. I use TriFuel from BRL Sports Nutrition. Hines Ward, the ex-Pittsburgh Steeler, drank Chocolate Milk during his training to complete the Ironman event in Kona, Hawaii.

I like chocolate milk, but I think I’d be hard pressed to gulp it down after a hard run on a hot day. I can’t even imagine carrying it in my water bottle. But, here’s the thing about chocolate milk – it is never not the best when compared to plain old milk.

Granted both varieties of milk have the same amount of protein, but seriously, chocolate wins when it comes to drinking. If you don’t believe me (well you’ve forgotten) go to any elementary school. Go the cafeteria and offer students their choice of plain old white milk or delicious cold sweet wonderful chocolate milk. See which one wins. Basically, regardless of the protein equivalence, if you don’t enjoy drinking it, so that you don’t drink it, the equivalency isn’t relevant. The Runner’s Times compared chocolate milk to a turkey sandwich. In that case, I say have both – it’s not one or the other. They picture the turkey sandwich next to a bottle of white milk. (Clearly a non-runner’s art)

Oh, one other myth – it really does not take 10,000 hours of training to become an elite.