Thus far, the hunting has been getting colder and wetter. We’ve seen a lot of animals on the trail cams. There have been deer spotted on the trails coming into the wood both early, mid-day, and in the evening. I’ve only shot one so far.

It rained hard the other day, which kept us away from hunting. When we did go back into the woods the red clay paths we follow were extremely slippery. The early morning temperatures have been in the upper 30s.

At this point what I am aiming for are small pigs. Ray, my father-in-law, shot a big one. We’ve eaten some of it and it was a tad on the tough side. Even though the pigs mostly come out at night, we’ve recorded then on the Bush Trail Cameras throughout the day. 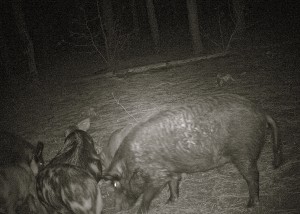 One more doe will be plenty for Brenda and I. I expect I’ll get that one once I can shoot a doe, again. In Georgia there a short time period during deer season where does are off limit. We’re in that time frame at the moment – it ends on Monday. Unless I see a 10-pt or 8-pt buck, and we’ve seen them in pictures, I’ll hunt pigs. 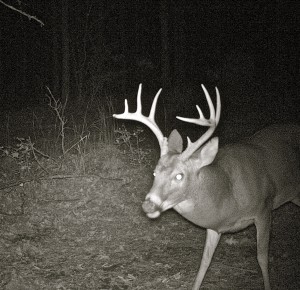 There’s also an abundance of coyote here this year and I wouldn’t mind getting one or two of them off the property. 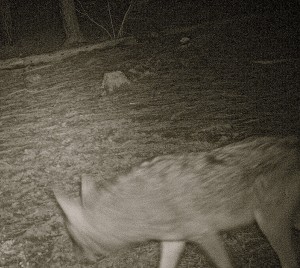