It is still warm here in the South, it is hunting season, and we’re in the woods. Some of us have been in the woods all summer. Spring, summer and fall are particularly bad since that is when chiggers and ticks have the seasonal opportunity to fest on humans. These little pests are nasty.

Chiggers are the juvenile form (larvae) of a certain type of mite of the family Trombiculidae. Mites are arachnids (like spiders and ticks).

Chiggers are found throughout the world. They most commonly live in forests, grassy fields, gardens, parks, and in moist areas around lakes or rivers. Most of the larvae that cause chigger bites are found on plants that are relatively close to the ground surface, because they require a high level of humidity for survival. 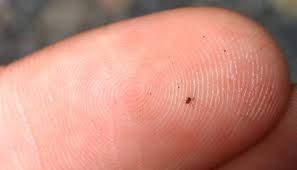 Chiggers are barely visible to the naked eye (their length is less than 1/150th of an inch). They are red in color and may be best seen when clustered in groups on the skin. The juvenile forms have six legs, although the (harmless) adult mites have eight legs.

Chigger mites infest human skin via areas of contact with vegetation, such as pant cuffs or shirtsleeves and collars. They migrate on the skin in search of an optimal feeding area. A common myth about chiggers is that they burrow into and remain inside the skin. This is not true. Chiggers insert their feeding structures into the skin and inject enzymes  that cause destruction of host tissue. Hardening of the surrounding skin results in the formation of a feeding tube called a stylostome. Chigger larvae then feed upon the destroyed tissue. If they are not disturbed (which is rarely the case because of they cause substantial itching) they may feed through the stylostome for a few days. 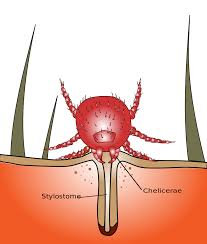 The chigger’s mouth and feeding structures are delicate and are best able to penetrate the skin at areas of wrinkles, folds, or other areas of skin that are thin. Most bites occur around the ankles, the crotch and groin areas, behind the knees, and in the armpits. Barriers to migration on the skin such as belts may be one reason that chigger bites also commonly occur at the waist or at other areas where their migration is prevented by compression from clothing. The location of chigger bites contrasts with that of mosquito bites, which are usually in exposed areas of skin where mosquitos can land.

A chigger bite itself is not noticeable. After the chigger has begun to inject digestive enzymes into the skin (usually after about 1-3 hours), symptoms typically begin.

The itching persists for several days, and complete resolution of the skin lesions can take up to two weeks.(1)

Ticks are no less irritating. Ticks are bloodsucking, parasitic insects that punctures the skin with a sharp beak. Then it burrows into the skin with its head. Tick bites can carry serious illness, including Rocky Mountain spotted fever, other forms of tick typhus, and  Lyme disease. 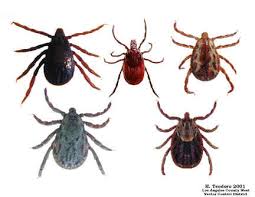 Ticks are small arachnids. Ticks require blood meals to complete their complex life cycles. Ticks are scientifically classified as Arachnida (a classification that includes spiders). The fossil record suggests ticks have been around at least 90 million years. There are over 800 species of ticks throughout the world, but only two families of ticks, Ixodidae (hard ticks) and Argasidae (soft ticks), are known to transmit diseases or illness to humans. Hard ticks have a scutum, or hard plate, on their back while soft ticks do not. 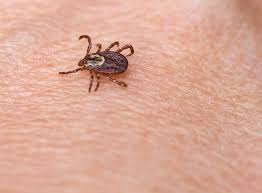 Ticks do not jump or fly. They simply reach out with their legs and grab or crawl onto a host. Although some larvae have preferred hosts, most ticks in the nymph or adult phase will attach a get a blood meal from several different kinds of animals, including humans. 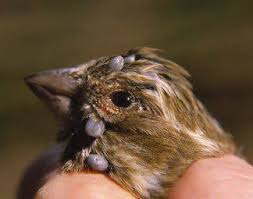 Except for a few species of larval ticks, the immature phases (larvae, nymphs) usually are even less selective about where they get a blood meal and are known to bite snakes, amphibians, birds, and mammals. Although ticks will die eventually if they do not get a blood meal, many species can survive a year or more without a blood meal. The hard ticks tend to attach and feed for hours to days. Disease transmission usually occurs near the end of a meal, as the tick becomes full of blood. It may take hours before a hard tick transmits pathogens. Soft ticks usually feed for less than one hour. Disease transmission can occur in less than a minute with soft ticks. The bite of some of these soft ticks produces intensely painful reactions. 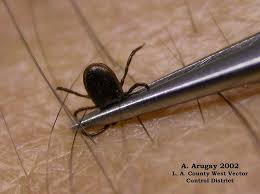 Ticks are transmitters (vectors) of diseases for humans and animals. Ticks can transmit disease to many hosts; some cause economic harm such as Texas fever (bovine babesiosis) in cattle that can kill up to 90% of yearling cows. Ticks act as vectors when microbes in their saliva and mouth secretions get into the host’s skin and blood. Ticks were understood to be vectors of disease in the mid-1800s, and as investigative methods improved (microscopes, culture techniques, tissue staining), more information showed the wide variety of diseases that could be transmitted by ticks. (2)

There are a number of products available to help reduce the occurrence of bites from these pests. Save yourself a bit some itching and scratching and spray it on before going into the areas where these parasites live.