Following morning archery session I drove to the YMCA to swim, lift weights and run. On these mornings, my sequence of exercise / training is shoot, swim, lift and run. Typically, things work out pretty much to that plan. There are rarely surprises.

At the YMCA, I don’t get there until around 10:00 am, I’ve noticed that most of the people working out are women. They range from moms with babies or toddlers that are dropped at the Y’s day care while mom gets a training session to grandmamma having a go at the water aerobics. This assemblage of female athletes includes college students to the late shift workers. Still, the majority of Y patrons, when I’m there, are vastly female.   I consider myself lucky in this happy coincidence of timing. This is not meant to be a sexist statement; there is an olfactory advantage to be surrounded my women versus men. 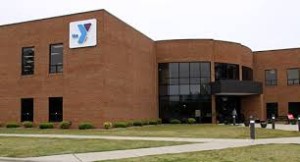 Plainly speaking men folk are less concerned about their gym hygiene than women – Personal Observation. Guys will often wear the same gym apparel for several workouts (unwashed) and a towel can be used many times over. Once a towel has dried it is good to go. Alas, for many men there is seemingly no point taking a shower before going to the gym – obviously we take a shower at the gym after we’ve worked out. If the reused towel has become too rank, workout clothes function as a close second. Again, personal experience prevails.

The women I’ve noticed at the Y seem often times are not only pre-showered and “done-up” (Nice hair, make-up, clean clothes) they rarely stink. Not the case with the men. A hat goes a long way to disguise morning hair. However, day old body funk is harder to mask. In fact, when I migrate from the cardio weights, where more women workout at this time of day, to the free weight room, the cluster of daytime men’s area, the aroma of the space degrades to a noticeable degree.

Overall, I’d say the ladies, at the Y in the mornings, as a rule have a personal hygiene practice that exceeds most men. Nevertheless, today I received a smelly shock.

The Y was unusually crowded this morning. True to form, the gathering was mostly females all set about doing a variety of calisthenics. This included treadmill running or walking. The last workout on my morning routine was running on the treadmill. Only one was available, located somewhat in the middle of the treadmill park facing a bank of televisions. 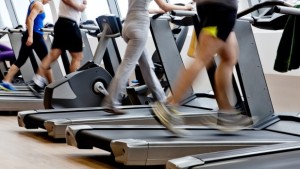 I clambered onto the open treadmill, women on either side and in front of me then ramped up the speed. The facing televisions all have the same disease – noting but mind wasting manure being projected. I don’t watch TV in preference to an audiobook on iPod for listening while I toll my run away.

My headphones are excellent at canceling outside noise which rarely intrudes upon the narration of a good book, in this case, ‘Tinker, Tailor, Solider, Spy” by John Le Carre. I’d read it years ago and hearing it brings another level of sensory and cognitive enjoyment. Pacing along on the treadmill, listening to George Smiley’s (character in the book) spy investigations, I was hit by an unpleasant sensation.

I might have heard it coming except for the headphones. Perhaps, I’d felt the rumble and attributed it to the treadmill. A cloud of feculent discharge had engulfed me. I knew two things, it wasn’t me and it was massive.

Surrounded by women it didn’t take much to figure out the offense had been discharged by one of them. Through my tears I glanced left and right. Unlike a group of guys, where one is the culprit, there were no pumping fists of the small victory against one’s brothers. The sisterhood is more conspiratorial. Indeed, this was champion level flatulence. In true form, there was no female face that might reveal the originator of this product. It seems there is a universal policy, albeit unwritten, that women don’t break wind in public. In some more fanatical circles that policy extends from birth to the grave regardless of environment or social situation. Should such a public malfeasance occur, the sisterhood lets it slide in anonymity.

Today’s pēdere suggests a more liberal position by some sister when it comes to treadmills and gyms. In further speculation this might have been a ‘shart’. If you don’t know a ‘shart’ occurs when substance passes along with the gas. It is unexpected. The umbrage lingered too long to have exited without accompaniment.