This was a big weekend for running events over on the Outer Banks of North Carolina. The festival includes a 5K, 8K, ½ Marathon and Marathon. In the past I’ve run the ½ Marathon and the Marathon. The race I wanted to run that has eluded me is the Buccaneer 5K. This weekend I made that run. 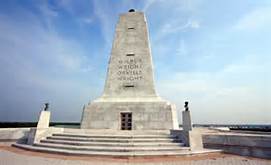 Over the past few weeks I’ve raced in four 5K events, all in NC. I’d signed up for five 5s but one was canceled because of bad weather and local flooding. As it turned out the bad weather wasn’t bad and the flood failed to occur. Nevertheless, that race wasn’t rescheduled and refunds or credits toward a future event remain non-provided.

All the 5Ks leading up to the OBX event were preps for that ocean side run. I knew the final run in this series would pull in a faster group for my age division. The race lived up to my expectations.

I’d won my age group in all of the prior races. At the Buccaneer I finished 4th. The Buccaneer was a big race. There were more runners in my AG than some races I’ve done have for the total number of participates.

With so many runners queuing was difficult. The faster runners migrate to the front. The slower runners herd themselves to the rear. This way, the slower runners don’t impede the faster folks. With nearly 1000 athletes bunched on the starting line it was really hard to work my way forward. I didn’t get far enough ahead in  the crowd to separate my spot from the slower runners.

From when the gun sounded I spend the entire 1st mile weaving through the mass of people. At 0.17 miles, some of the folks I was trying to pass were already beginning to walk. By 0.5 miles I was working around wall after wall of people enjoying a walk. Why anyone that can’t a run mile would sign up for a 3.1-mile run I’ll never know. Why would that person line up in the middle of the pack is beyond reason.

There was also an abundance of mothers running with their children. One mom was actually coaching her child to run faster. The kid was 8 or 9 years old. I dodged pass the family duo during mom’s tough love lecture to her elementary aged offspring. The kid looked miserable and mom was getting all “Vince Lombardi” on the youngster. In my opinion, kids shouldn’t be running such distances until they are older. Kids need to play and run, it is healthy. But, long distance, relative to age, running may be as bad for the epiphyseal plate and bone development as no exercise.1

Running is fun for me. I enjoy the races. Sadly, so many of the events have become cliché.  That is, how can the race get your money. The OBX Expo center was a cartoon for side show salesmanship. I’d have avoided the Expo all together if the race organizers hadn’t made it necessary to enter in order to get my race t-shirt and I wanted the t-shirt. It is rather cool as race t-shirts go.

An ever present clichés exhibited at the race were the “Woo-Girls”. These are the girls that yell ‘Woo’ or ‘Woo-hoo’ and the drop of a hat. There was once a Seinfeld episode satirizing ‘Woo-Girls’. Seinfeld has been off the air since 1998. It’s amazing that ‘Woo-Girls’ are still around Wooing and Woo-hooing. I’m not sure which was less appealing, the frequent cry of the ‘Woo-Girl’ or the ‘Lombardi-Mom’ berating her child.

When it was over, I was glad to get away from this race. I’d lost a few minutes working through a mass of walkers, Woo-hooing girls, and Lombardi-Moms urging children toward injury. So all the prep and speed work I’d be doing couldn’t  be applied from the start. Some races are definitely more fun that others. I’m happy to have gotten the t-shirt and this event out of my system. “Woo-Hoo!”