River turned seven a few days ago. Since we picked her up at 8 weeks old she’s been at my side nearly non-stop. Right now she’s sleeping on her bed seven feet to my left. She is a great companion.

A couple of days ago I got to thinking about the miles we run together. We’ve run in Maryland, Pennsylvania, Delaware, North Carolina, South Carolina, Virginia and Georgia. I don’t keep a tight log of the miles we’ve run. I’ll go months with gaps where I don’t track running miles. For example, after I complete some race and it’s the end of a season I’ll run, but I won’t log the miles. I keep running because River keeps running.

The longest distance we’ve run together is 13.1 miles. For years we ran an average of 6 miles a day. Between our runs River still runs and chase things and critters. She’ll also go swimming at the drop of a hat. 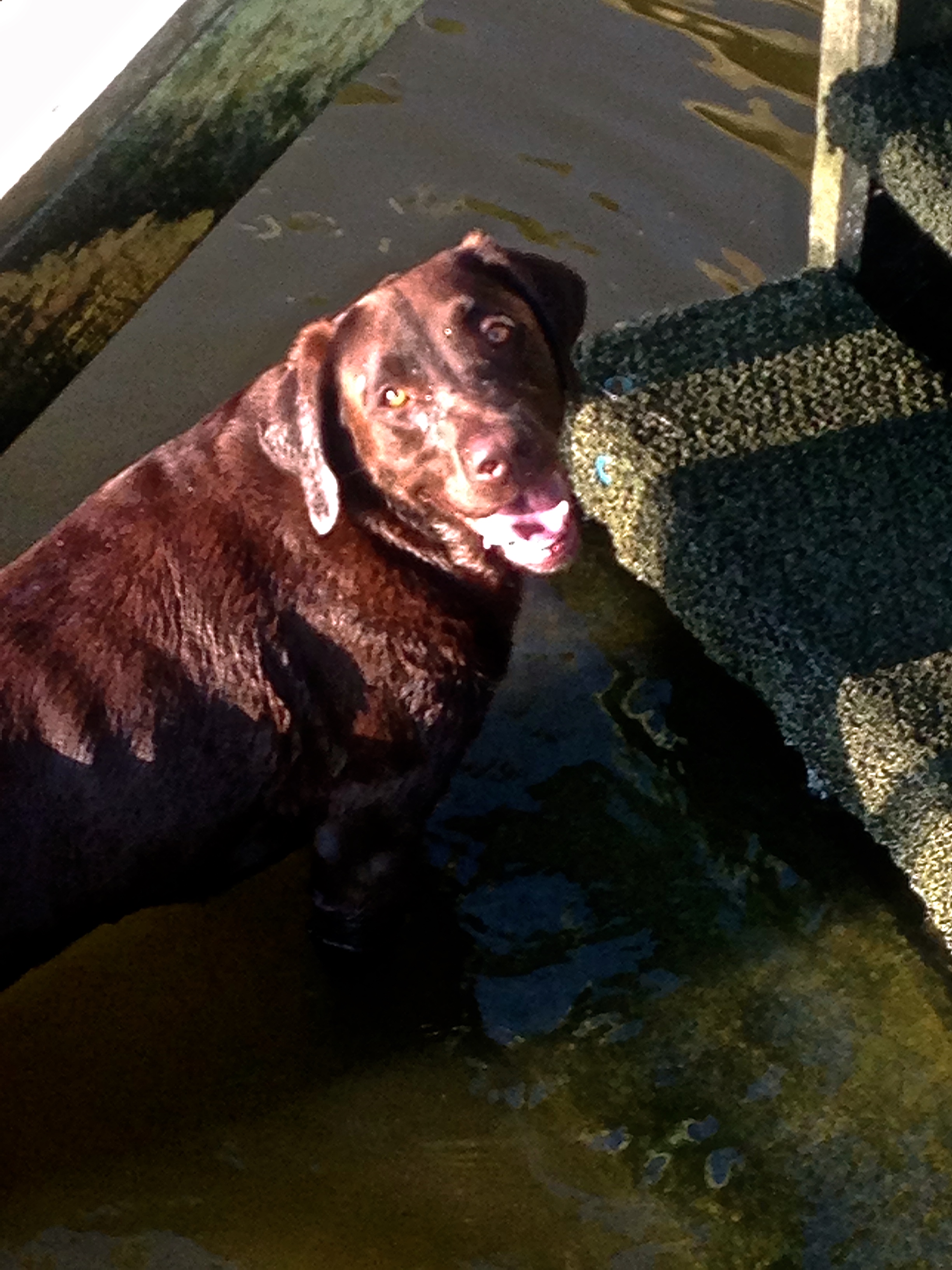 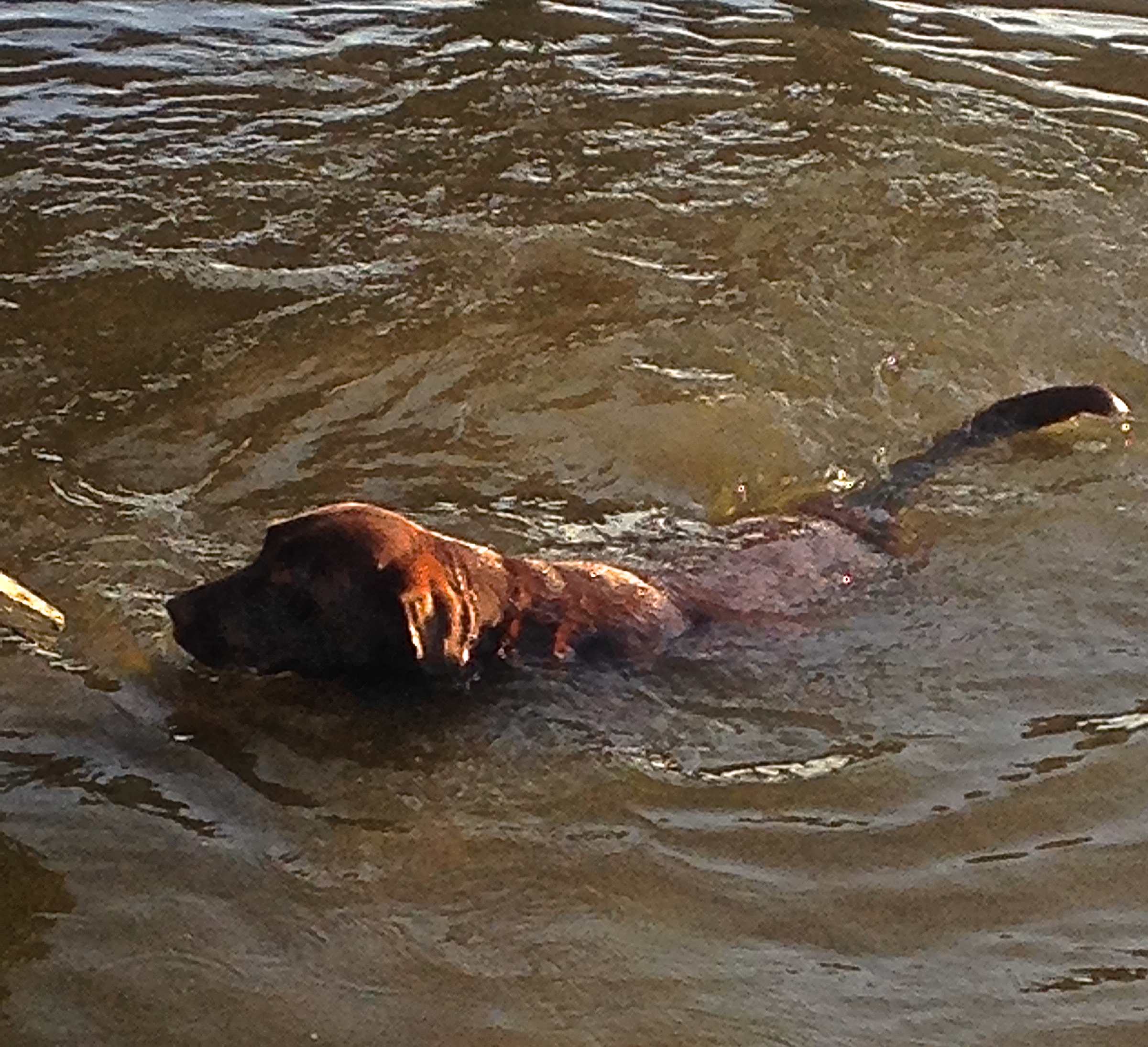 When she’s off doing her own thing I don’t know if she’s running, walking or a little of both. So, I can’t say just how far she’s traveled with me at her side – or nearby. What I can esitmate is that with me she’s run 9709 miles. That’s a lot of miles considering we kept her running limited to play until she was 6-months old. From six-months to a year we only ran about 1.5 miles together per day. We built up her mileage. In those days, we’d run then I’d take her home and continue running. She did not like be left at the house. 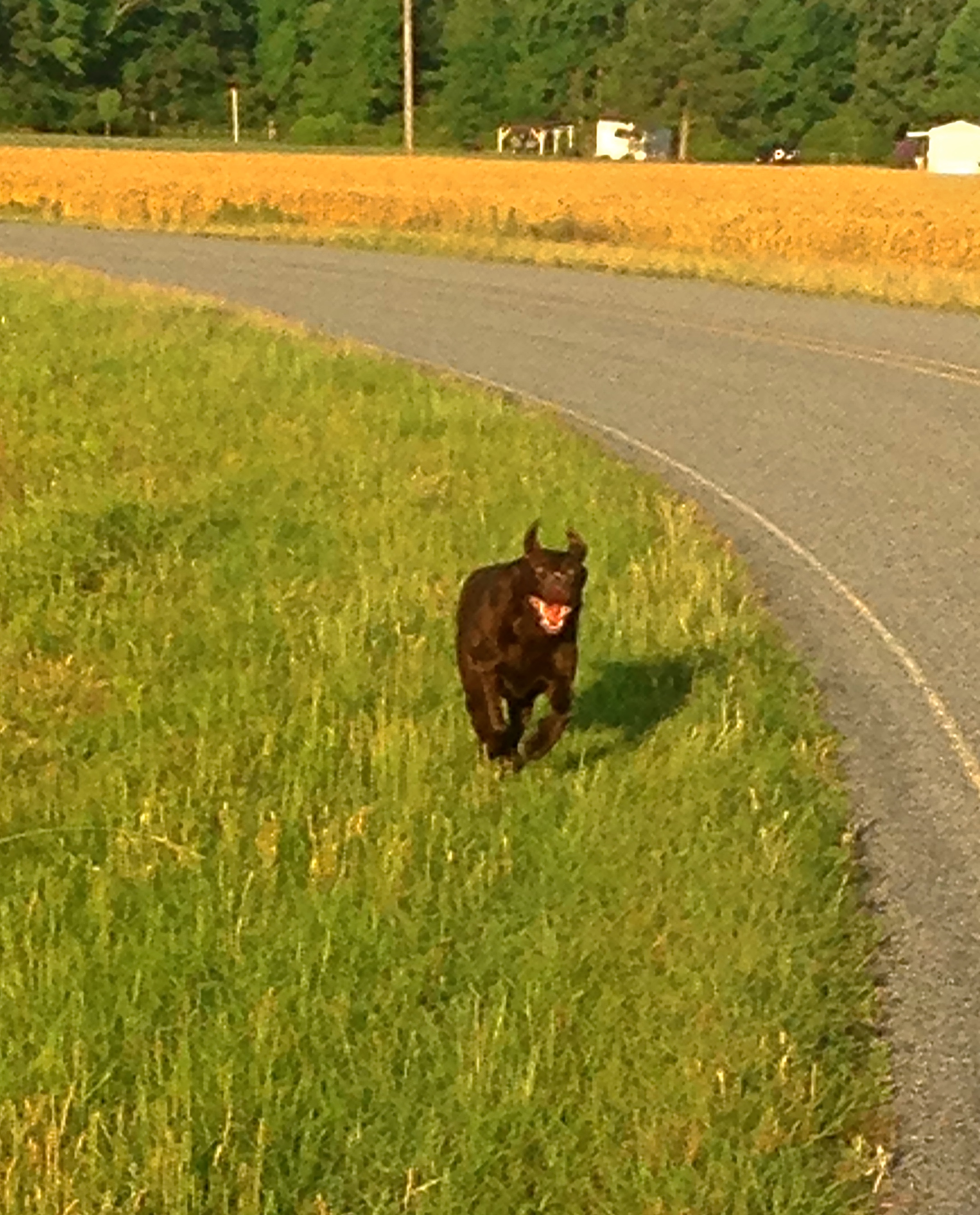 Lately, we’ve been running 3 to 6 miles a day. She’s a Labardor I know she’s reached about the half-way point of her life expectancy. I consider each run and adventure we have as one of those great gifts that can arise between and man and dog. 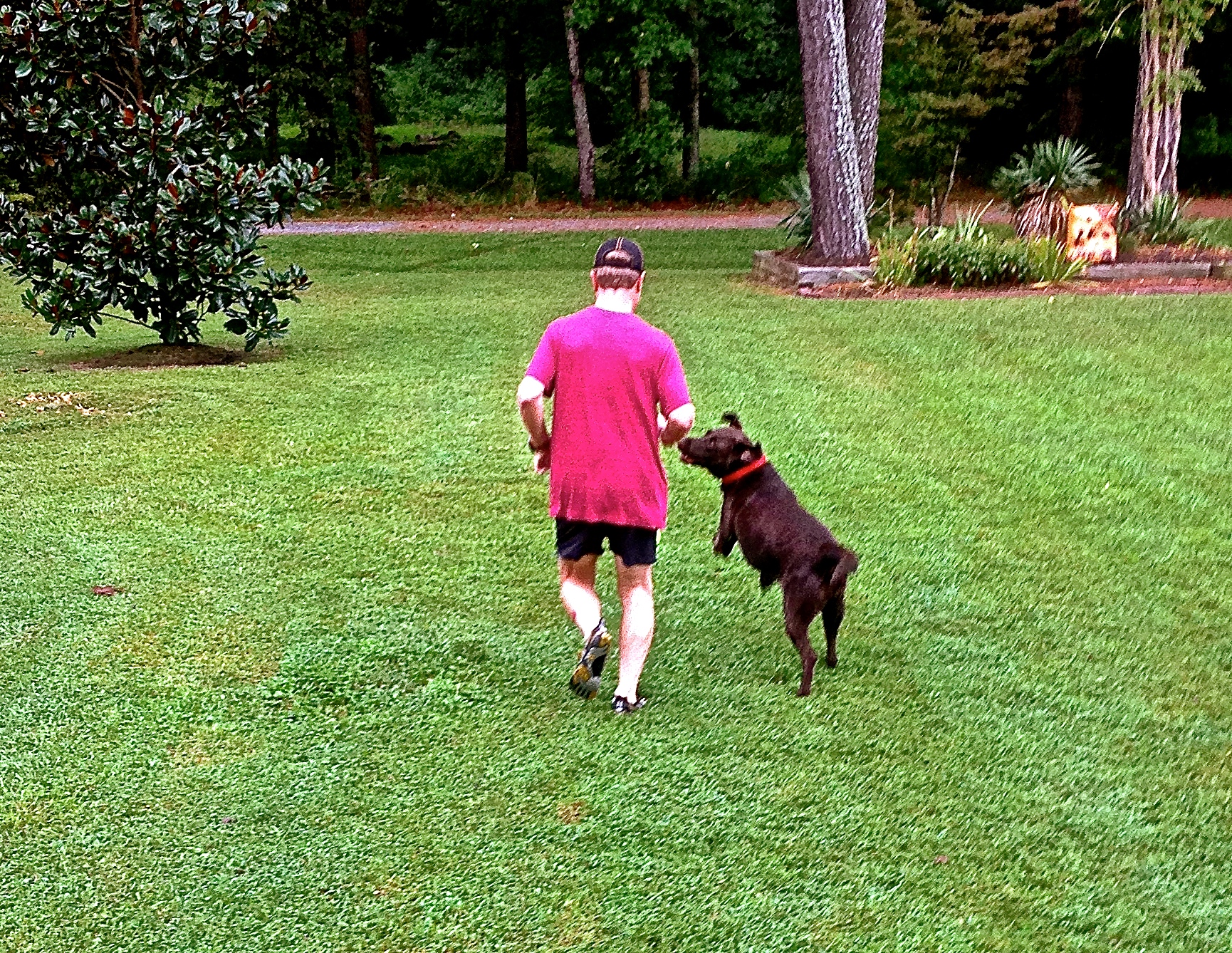