There were two choices, a bow hunter 3D tournament or a 5K race in Watkinsville. I selected the race.

I’d not raced a 5K in a while and felt I needed to run one. I’d just shot in a league shoot two nights ago that was pretty intense. Besides, I enjoy 5K races and this one was only 11 minutes from home. 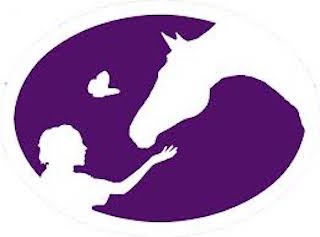 The race was the 11th Butterfly Dream 5K. The race collects donations for a special needs adults and children. My wife, Brenda, had pointed out a sign near our local grocery store that aimed at getting more runners involved. The night before the race I chose to run rather than shoot. It would be a nice competitive break.

It didn’t bother setting an alarm to ensure I got up in time for the 8:00 AM race start. Eleven minutes away from home and two dogs with stomach breakfast timers would be enough to get me to registration with time to spare. I did have plenty of time the morning of the race. I found a good parking spot and was amazed at the numbers of cars and people that had showed up to huff, puff and pound pavement for 3.1 miles.

During registration I learned all the awards were custom with each one being uniquely hand painted by one of the children that are supported at Butterfly Dream Farms. I wanted one. Seeing the crowd of runners I recognized I was not alone in this desire.

There are so many 5Ks around Athens that you expect packs of runner to be on the smaller side. Of the two 5Ks I’ve done this year that has not been the case. Today’s run had about 200 adult runners. What was another surprise was the herd’s age split. There seemed to be as many or more runners over 50 as under.

As runners were called to the line I headed to where I am most comfortable starting – in the back. The really fast runners crowd the line. I’ve been there. No longer do I feel the need to grab a few extra seconds or get in with a small fast group for pacing. Nope, get in the back, run my race and pass people. I am perfectly fine with reeling in other runners and keeping a pace that feels good.

With a mile to go I felt I needed to push a bit and ran my fastest mile. It was in that mile that I passed the most other runners. My pace was just right to earn me a 3rd place finish.

When the race was over and times were posted it was evident that the winner of my age group was a serious runner having taken 3rd place overall. Athletes over 60 cranking out sub-20 minute 5Ks are in great shape. I’m okay with a more leisurely pace at this stage of my life.

While running I did think about the 3D tournament. I thought about driving over and shooting in it after the run. I’ve done that in the past. In that instance it was a 10K followed by a 3D competition both in Maryland. That, too, was a lot of fun.

Today, however, I decided to skip the 3D shoot altogether. I’ll practice a bit this afternoon on my range. That is after a nap and before the Georgia football game.