You are familiar with the rule.  You may even try to follow that rule.  If there were only one rule that you should this would be that rule.

The Golden Rule is the principle of treating others as one’s self would wish to be treated.

It is simple, good and easy to practice. In sport you might think that’s a difficult rule to follow – that is until you look around during practice, training or competition. 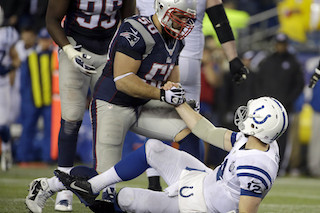 It was 2008 and Chrissie Wellington was racing in another 140.6 mile Ironman.  This one was the World Championship in Kona, Hawaii. During the bike segment of the race she had a flat. In that event athletes can receive no outside help. Everyone carries a small repair kit in order to replace a flat tire.  Wellington was no different.

She changed her flat tube. When she went to inflate it with a CO2 cartridge she messed up.  All of her CO2 escaped into the atmosphere none of the CO2 making it into the tire. She was out of the race. She was helpless on the side of the road as her rivals passed her.

That is until word got out that Chrissie had a flat and no CO2.  In the Ironman other racers can help another athlete.  That is not considered outside help. A triathlete, a competitor, while riding her bike, grabbed the CO2 she carried.  As she passed Wellington, she handed off the CO2. This time Wellington successfully inflated her tire.  Back on her bike, she passed everyone to have a lead that she held throughout the remainder of the race, again winning the Ironman World Championship. Who knows, if the other rider had not given up her CO2 perhaps Wellington would have been out and the Good Samaritan racer might have been the victor. (The triathlete that provided the CO2 was capable of winning)

(There’s a video of this attached.  If you watch it you will see other riders passing Wellington.  It isn’t that they were withholding help.  At the speed people ride, there’s almost no time as you pass someone on the side of the road to know exactly what’s going on.  Word is passed backwards until some can react.)

We see similar gestures, as athletes, everyday. On the range in archery athletes help athletes. Someone misses a target in 3D and everything is on pause while a group searches for a missing arrow.  A bow malfunctions or a stabilizer slips and every archer within a 10-yard radius is transformed into archery’s version of Inspector Gadget. 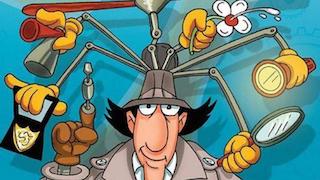 Sport is a tremendous equalizer.  No matter how good an athlete becomes, no athlete started off good.  We were all pretty poor performers when we started. Everyone knows the effort, humiliation, and trials that lead to finding the courage to put one’s self on the line. Since we’ve all shared in the particular aspects of the sport we’ve chosen, we all understand what each of us is going through.  That mutual connection and the shared understanding helps make following the Great Commandant as innate to athletes as it is to religion.