As athletes age performace has been noted to decline. Archery and shooting provide greater longevity in sports competitions than all other sports. That is to say an archer over 50 years of age has a higher probablitiy of remaining in elite competition. To test this three age groups of male archers were compared using the top 15 scores from the 2017 USA Archery 18-meter indoor competition. The selected groups were the men’s seniors, men’s masters and men’s masters 60 – 69 year old groups.

The top three scores were 1189, 1184 and 1155 for the senior, masters and 60-60 groups, respectively. The average for the groups, in like order, were: 1179, 1152 and 1126. The data was collected from the USA Archery’s website and data does not include how long each archer had been in competition. That information may have weighted the groups differently upon examination of the averages but is unlikely to have impacted the top 3 scores of each group. For example, the number one pastime for retired men is to become involved in sports. The 60-69 year group likely contains more retired men than the other groups. As such, there may be archers in the 60-69 year group that have, by elite sport competition, been shooting less than 5 years. (There is one known example in the class, shooting less than 48 months at the time the scores were recorded.) 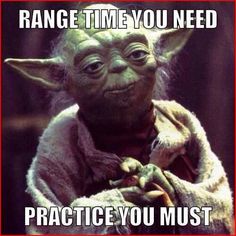 The process of aging may have played a role in this wider shift of scores. As humans age there is a loss of muscle mass that can contribute to fatigue during a 120-arrow contest. There is another factor, recovery time, where muscles don’t perform at peak levels without the longer recovery interval needed for the older athlete. There may also be a decreased ability to maintain a mental focus in the older athlete. Or it could be as simple as the older athletes do not invest comparable times training as do the younger athletes. There is also the impact of aging on eyesight and light absorption making targets more difficult to see. Finally, there might be generalized decrease in overall health of the older population that contributes to lower accuracy.

In archery, athletes that are in their 50’s can perform in similar fashion to those from the ages of 21 to 49. Beyond 60, while the variance of scores are larger, there may be contributing factors that led to the lower scores during the 2017 USA Archery Indoor competitions. Mitigation of those factors where possible could correspond to elevating the scores of the 60-69 year old group. These factors include taking steps to maintain overall health at an earlier age, adding weight lifting to training to decrease the loss of muscle mass, adding cardiovascular fitness plans to improve endurance, and taking measures to prolong good eyesight. Where eyesight diminution is unavoidable corrective optothamic approaches may be helpful. A technical solution might be to decrease the draw weight of the bow and where possible lower the stabilizer weights. Thus, making it easier to draw the bow and support it during aiming.

In archery, aging need not be a limitation to elite performance.

I just finished a book. I don’t mean I just completed reading a book. Seriously, I wrote a book I plan to publish.

During the 45 years I spent in the medical field I had a hobby or sorts – aging. I published a few papers that dealt with aging and worked on methods to help prolong a vibrant life. It wasn’t my primary area of expertise. But, over the decades of reading and studying how we age and why there are differences in the aging process among individuals, all of which I find fascinating, I’ve piled up a lot of information.

I’d never planned on writing a book about aging but the idea popped into my head one afternoon and I had it outlined before I went to bed that night. Actually, I completed the first draft in about two weeks. The hard part is the editing.

It is really difficult to edit your own writing. If you’ve read many of my posts here you already know I am a failure when it come to editing my own work. Still, I need to edit the book a time or two before I beg for help from better writers or professional editors.

In the past I have used professional editors. Believe me, they truly have made everything I provided in need of help much better. All of those works were manuscripts. Easy work generally less than 2500 words. Books are longer and the one I just finished is no exception.

The book isn’t my first. It is my third. The first was on how to preform a medical physical exam and the second on neonatology. Both were written for industry and weren’t available for general purchase. My copies have long since disappeared along with the knowledge I once held that provided the insight into those two books.

This third one, once it is edited, is a labor of passion. Decades of reading medical journals, making observations, and drawing totally unsupported conclusions have gone into the words of this latest book. Now, it is just the misery of editing and I’ll see if it can be published or even self-published. I expect to earn tens of dollars from the effort.