Sports trophies and medals, at our house, are not on exhibition. They’re mostly kept out of sight. The medals are stored in a large canvas bag gym bag. The trophies are put away in a closet. Seven of the prizes, kept behind glass, are in a lawyer’s bookcase in my office. Even those seven are hard to find and as a rule are missed by visitors. We’ve never had an occasion to call attention to them.

It’s not that the prizes aren’t appreciated. They were all hard earned. They’re just not suitable home décor.

Among the awards residing in perpetual gym bag darkness are hundreds of “Finishers” medals.  Those participation gifts are not considered an ‘award.’ Most of them fall into the categories of triathlons or runs where I finished in the herd. To fill a home with finishers medals one only has to sign up for an event, pay a fee, agree to all sorts of indemnifications, restrictions and releases, then show up on race day and somehow cross the finish line. Upon crossing that mark, a volunteer will drape glory around your neck. In archery, as in cycling, there are no participation medals. I, for one, and thankful for this small favor.

Now, I do have a fair share of medals earned for placing among the top three finishers, thus awards and not participation medals.  Out of fairness, as I was also a finisher, organizers, perhaps fearing retribution, hung two medals around my neck.

There is one medal that I’m particularity proud to have earned. It is a 3rd place medal, nope not a first place. The bronze is the result of a 12-hour bicycle race put on in connection with the Ultra-Marathon Cycling Association. These are the folks that manage the Race Across America (RAAM). The athletes that compete in their events are machines when it comes to riding a bicycle for long distances. The RAAM is outside of my likely sporting conquests. 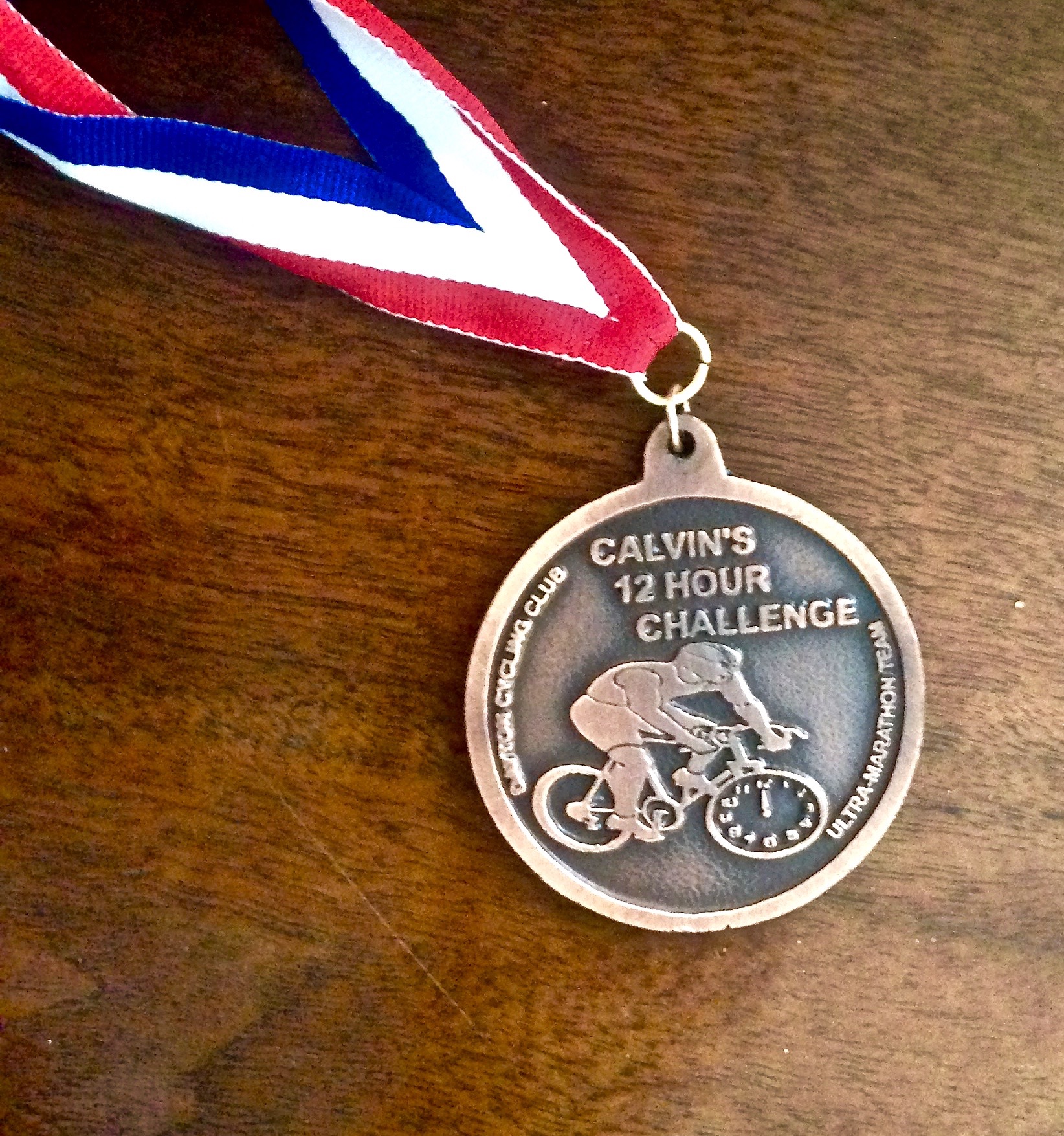 The 12-hour race was Calvin’s Challenge. What I wanted was one of their custom medals.  So, I entered the race specifically to earn a medal. As cool as it is and as hard as it was to earn, the medal lives in the gym bag stuffed inside a tool cabinet in my shed.

The gym bag that houses my entire collection of medals except one the Gold medal from the USA Archery Indoor Nationals held this year in Snellville. That’s in my lawyer’s cabinet. Not for any specific place of honor, it just hasn’t made the migration from office to the gym bag in the shed.

One medal I earned and want is the Gold from this year’s NC State indoor championship. I wanted that because it is unique looking and portrays the North Carolina state outline. After the tournament, when I learned I’d won, I mailed a large padded self-addressed stamped envelop to the event organizers and have been promised they’d put the medal inside it then put the envelope in the mail. Not a difficult task, but one that remain unfulfilled.

I have a few other unique awards.  One cut from wood and another crafty one made from an oyster shell. 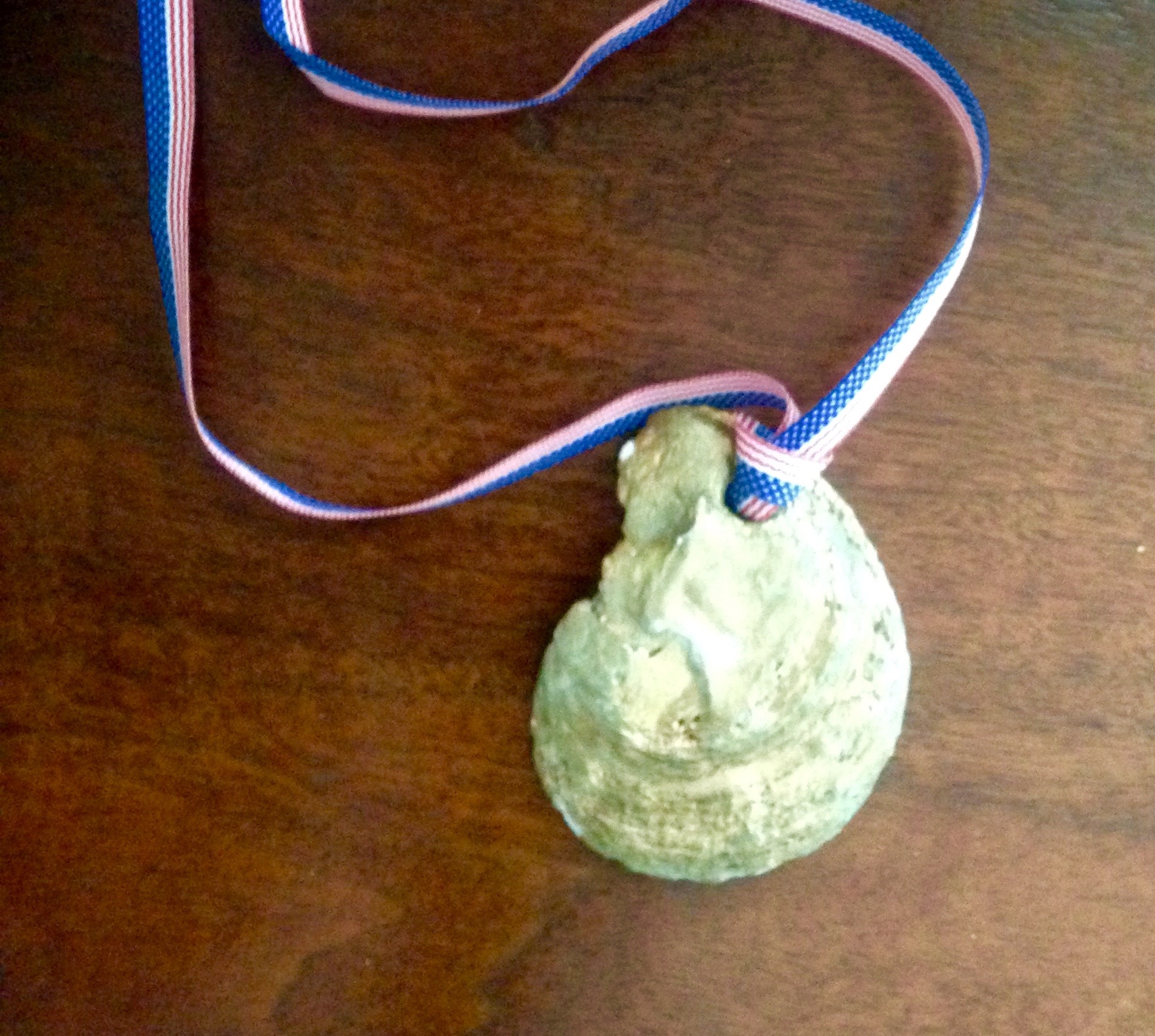 When it comes to winning I prefer cash. I’ve gotten cash a few times. Cash never goes into the gym bag. It’s spent right away. Sometimes the cash doesn’t even make it home.

There are cash prizes at some of the local archery events. But, the cost to shoot for the cash is not worth the investment – even for the winners in most cases.

Occasionally, someone puts thought into non-cash awards. I appreciate it when effort is put forth to produce an award that doesn’t look like trinket from a five and dime store. I’ve been awarded “Gold” medals that were so junky I couldn’t even pawn them off on my grandchildren. When a five year old or a three year old has no appetite for the offered medal, viewed unworthy to adorn them by their exacting minds, you have little doubt left that it is junk.

Last week I picked up a trophy I didn’t yet know I’d earned. It wasn’t large or gaudy. It is tasteful. It’s a clear acrylic with engraving. I’ve got several of that style and couple made from crystal. Those are in my lawyer’s bookcase. The one from last week will be joining that collection. Not because it was a particularly awesome tournament. Certainly, not in the league of the Calvin’s Challenge when it comes to pain. Rather, it will be there because it is respectable.