My fitness program is not exactly what I’d call an archery fitness program. It is different because I still consider endurance sports and try to stay in minimal shape to perhaps compete in other events. Of course, once I make a decision I’ll make a plan. This is the time of year I begin planning for the next year’s events.

The Mt. Evans Ascent was one of the hardest races of my life. Here’s what the race’s website says about that race:

Although the air will be noticeably thin at the starting line, Echo Lake’s 10,600 feet of elevation is just the beginning. The climb totals nearly 4,000 vertical feet – much of it above tree line – as you make your way 14.5 miles to the finish line located at the summit of one of the most recognizable peaks on Denver’s mountain skyline – 14,264 foot Mt. Evans.

For a guy that has lived most of his life at sea level – that race was a bear! To make it tougher a week prior to the Mt. Evans Ascent I raced in the Ironman Eagleman. The day after I raced in Boulder, but it was only a 5K.  It was actually on that week in Colorado that I became interested in archery.

I was in a sporting good store and noticed some bows in the shop.  I was killing time so I asked a salesperson about the bows.  It all sounded pretty interesting. A couple of months later I bought a compound bow. I’d never planned to compete at any level in archery. That changed.

I like running events, triathlons, cycling (time-trials only – no need to risk a crash because of some squirrelly rider) and duathlons. I’ve pretty much ruled out another triathlon anytime soon. Archery, running and riding are about all I can fit into my schedule. There’s no time to swim.

Running is easy. I do that nearly every day. Running races are also easy. They’re inexpensive and can be short or long. A 5K is a breeze. A marathon is a bit more effort. I have no idea how many 5Ks I’ve run. I also can’t recall how many 10Ks or half-marathons I’ve done. Half-marathons are nice because you can pace yourself and still not feel totally wasted after a race. A 10K hurts the entire race and a 5K hurts a lot and then its over.

I do remember exactly how many marathons I’ve run. They all hurt in a different way. After my 7th marathon I figured it was enough, but perhaps not.

I also ride a bike nearly every day. I run in the morning and ride in the afternoon. But, archery practice twice a day eats away at time needed to drive to a pool. An hour in the pool means another hour of travel.

Aside from specific archery goals for 2018 I am considering some endurance sports competition. In that regard, off-road duathlons keep popping into my thoughts.

Dr. Jonathan Waugh has been my friend for over twenty years. Together we conducted research, prepared and published medical manuscripts, and traveled the world lecturing audiences regarding our work. Over those decades we only once lived in the same city. During that time we had nearly weekly meetings at a favorite Indian restaurant, Haveli’s in Atlanta.

Each year he or his wife, Linda, has never failed to send their annual Christmas newsletter. My wife and I read them and hang onto them for a while before they become misfiled somewhere in my office.

Aside from the typed news, that everyone who receives the Waugh Family Christmas message reads, there is often a hand-written personalized note to me. This year was no different; there was a note and a question. The question is, “What new thing do you plan to learn next year?”

I’d once told Jonathan that every year I pick a new academic subject to learn. That’s true, I do. Some years the topic may expand to multiple years as did law school. Others are less structured, for example I once spent a year studying the Civil War. During another year I enrolled at Liberty University and completed a graduate course on Biblical Studies. I’ve also done accounting, math, art, Spanish as a language (that failed); learning amateur radio (I’m AE4PG for those who understand), sleep medicine, and took a regulatory affairs program to better myself concerning FDA matters. That is not a complete list. All of those were completed after I’d earned my doctorate.

Most people are done with school with a terminal degree. For me it was not about earning another degree. Heck, when we moved here to North Carolina, my wife and I both tossed our diplomas not wanting to deal with the continued storage of the framed piece of egocentricity. They’d been in an attic for decades and were relics.

Nope, it isn’t about more degrees, it is the mental challenge to learn something new and different or to augment a foundation of learning. I am ashamed to admit, this year I can’t decide between taking a paramedic course or earning a computer science degree. I want both. 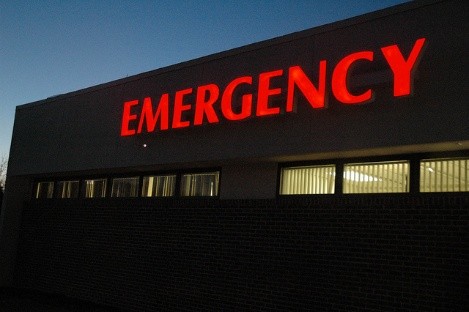 I need the paramedic program because we live in the sticks. I taught in a paramedic program at Georgia Southern in Statesboro, GA but was never a student. I know, having been around paramedics I am ill equipped in that field. The primary motivator is where we live. If something really bad were to happen to someone here getting emergency medical support will be too slow. It wouldn’t take much for me to catch up with the knowledge and skills, but it means some time having reduced travel freedom to attend the local college where the program is offered.

Computer Science the other selection and it would be a major benefit to me. I took three or four computer science classes in college. It was required. When it comes to computers, I’m as good as the next nerd that isn’t a computer geek. But, so much has changed since my schools days (my first course used Basic) that I know I’ve lost ground. I could apply new computer skills in so much of my personal work and this website that it would be advantageous. In addition, there are still so many medical and physiological assemblages that I can’t help but think about where more computer skills would help me in discovery.

Each year I make a plan. I make one for sports, I’ve written about it here, and one that is academic. Each path offers challenges in time, effort, focus, and concentration. My sports plan is so far underway it is being refined. The academic one, well if I had more brains it would be done by now. Thanks, Jonathan for the nudge. (And to answer the question, I am leaning toward the paramedic program that starts in the spring)