You may have met this person, the Big Fish. The Big Fish floats among many types of groups. They can be found at work, in social clubs, at church, and even among your archery group. 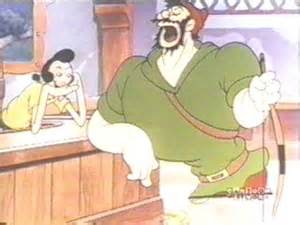 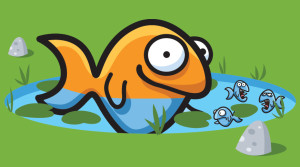 For the large part the Big Fish is a person than will work hard to contribute. That’s one way they’ve become the Big Fish. Sometimes, however, the Big Fish uses dark forces to achieve their local glory.

That’s a Big Fish whose actually small land often times does little. In fact, their Big Fish status is frequently self-proclaimed. They will often jump on a bandwagon or attach themselves to rising stars in hopes that some osmotic glory will soak through to them. If that fails, they’ll frequently become mortal enemies with whomever it was that failed to boost their status.

Should you find yourself the subject of the Big Fish’s vengeance, don’t worry about it. Perhaps, you’ve gotten a polite but clear barring from a local club or you’ve been slighted in some other fashion. If so, consider the advice of Groucho Marx, “I refuse to join any club that would have me as a member.”

I am not saying that you’ll frequently cross paths with the spiteful Big Fish. Most Big Fish achieved their status by being helpful and welcoming. They are often mentors and friends. That individual is often a bigger fish than they know.