Most of my practice sessions have a goal, a specific aim for the time spent on a range. Granted, sometimes I simply go out and shoot for fun. Since I shoot a lot I give myself periods of recreational archery.

Because I started archery late in life, less than 3 years ago, and I take it more seriously than a fun hobby, I need to do things that will rapidly improve my performance. As I’ve mentioned in the past there are only two sports where someone over 50 years old can become an elite: shooting and archery.

Some data suggests the process of becoming an elite athlete in any sport can take a decade. Other data indicates that’s not necessary true citing examples of athletes earning Gold Medals at the Olympics after only a few years of training at a specific new sport. Currently, I’m reading a book about a fellow, Rich Roll, an unfit 40 year old that became a World Champion at an Ultra distance triathlon at age 42. That does seem rare and extreme.  In sports, I think there is a practical and achievable middle ground to achieve excellent – that is it is not 10 years and not 2 years for the most part. My best guess is that it takes 4 – 6 years for a novice archer (never have shot a bow) to reach a level of elite status (depending on the archer’s age and physical fitness) if sound training and some science is applied to performance development.

Going out and shooting at targets can make a novice shooter better. It is unlikely that technique is going to turn a novice into a bono fide professional level archer. In order to reach the highest level of archery, aside from good coaching and lots of practice, having a training regime is critical.

At times, as part of a customized training schedule, deliberate practice can be a bit boring. Today’s morning practice fit the criteria for being a tad on the dull side of shooting.

What this does, for me, is to provide a feel for the distances I come across in 3D tournaments. This afternoon, I shot only about 40 arrows, 30 at paper to check my sight followed by 10 more shots, one arrow per 3D animal target.  I’ll finish with 3D and having a light workout in the afternoon.  This will allow time for recovery prior to tomorrow’s competition.  It also leaves me with the last targets I’ve seen being 3D.

The key objective for this practice day was working on yardage. I finished the day with over 200 arrows shot.  I don’t always set an arrow count as a goal.  Some of my practice days there is a specific quantity of arrows I’ll shoot. Other days, the practice is based on time.  But, today the focus was on yardage.

It was Brenda’s idea that I create this website. Brenda is my wife. See, it began with an experiment.

The experiment is: Can a mature, relatively healthy, person become an elite athlete?

In this experiment, I am the subject. I began by first deciding upon a sport. When I began the experiment I first considered triathlon. The science behind that idea in no way agreed that a 58 year old could become an elite athlete in triathlon. (I was 58 when I started this experiment) Even the elites, that are no longer in their 30’s, can’t remain elite. They could be good age groupers and possibly when their age group, but they’d never again be in the league with the younger athletes.

Even though I still compete in triathlons doing another Ironman is not top on my list of goals. I still do them for fun – they have always been fun. But, I’ll do the shorter triathlons.

In sports there are two disciplines where someone over 50 can become an elite athlete: shooting and archery. As such, archery became the chosen sport for this experiment. Why, archery is less expensive – ammunition isn’t cheap. Arrows, by comparison are inexpensive.

Brenda noticed me making notes as I began figuring out how to go about learning to shoot a bow, figuring out how and where to compete. All of that remains a work in process. She suggested I start a website and record what I learn and what I do in the sport. She said, “It would be a great why to keep your notes organized.”

August 2016 will mark 36 months since I picked up a compound bow. Conventional wisdom suggests in another 84 months I’ll reach the rank of an elite archer. Newer research suggests I’ll be there sooner. Time, of course, will tell.

In the meantime, I have been posting this adventure along with bits of information on health, fitness and outdoor living. If I don’t stay fit and healthy the experiment could fail. With that in mind, I post about training other than archery. Being active is important for archery. I believe a fit archer will outlast an unfit archer. That’s not to say an unfit archer has never beaten me in competition – it happens a lot. My theory is it won’t happen all the time.

From time to time, I check the stats on this website. That is, how many hits, how many pages read, how many visits, and the Alexa ranking.

Today, there are over 1 billion websites. Puttingitontheline is number 28,660,347 in the world.(1) Currently down – I have not been pushing it through social media as rigorously as I have in the past. Frankly, I’ve been too busy. It’s nearing the peak of archery and triathlon season and there’s only so much time in a day.

With over a billion website, this one is in the top 3%. Two months ago, before it got real busy, it was ranked in the top 1.6%. GoDaddy, where I started this website, stats indicate Puttingitontheline gets over 10,000 visits per month.

Now, I know I’m not a great writer. I know I can’t proof read my own work. From that I draw a conclusion that most of you can figure out what it is I’m trying to type. I appreciate your understanding. 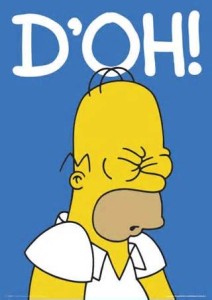 This experiment, being shamelessly written about here, is not complete. There is a goal and a time limit. When I reach both, the plan is to gather all the data, published and not, and create a book.

The book will have a bit more science stuff in it. Until then, I’ll keep posting. Thanks for reading – David

At the Y today I met a fellow from Michigan. He and his wife are retired schoolteachers. They moved to Elizabeth City, NC to be closer to their daughter who teaches in Chesapeake, VA. The fellow was preparing to swim, as was I, when I noticed he was wearing a one-piece triathlon suit.

These  suits are one-piece sports apparel that look a bit like the old swim suits of the late 1800’s. They are sleeveless tops connected to the short bottoms that zip up the front. When I noticed what he, Randy, was wearing  I asked if he was a triathlete. He said yes even though be was built more like a wrestler. In fact, I learned he had been a wrestler when he was in school. As a teacher, he taught math and physical education (two of my favorite subjects).

I further learned Randy, is 65. I have another friend, Paul, who is 76 and  training for an Ironman.

What I’m getting at is this, there are a lot of senior athletes training and competing at a high level.  A friend of mine, Bruce Buchanan has seven Ironman World Championship age group wins. But, he’s not famous like the pros that have won 6 times or even twice. Heck, even his finishing times weren’t much off the top pro times – and he’s beaten more than one pro. Unlike the pros he’s beaten he was a full time periodontist (now retired). 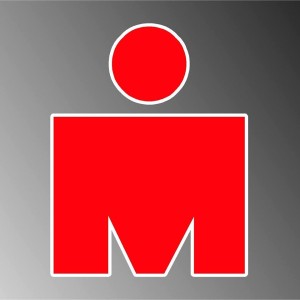 Randy and Paul may never win an Ironman World Championship.  But, they’re out there putting it on the line.  A number of bonuses come from being active in sports: feeling better, looking better, sleeping better, becoming healthier, and improved cognitive function to name a few. Enjoying sports and working out is not just for kids and young people.  Randy, Paul, Bruce and only examples of a significant population of folks over 50 that are finding ways to stay active and become involved. I certainly appreciate their efforts.